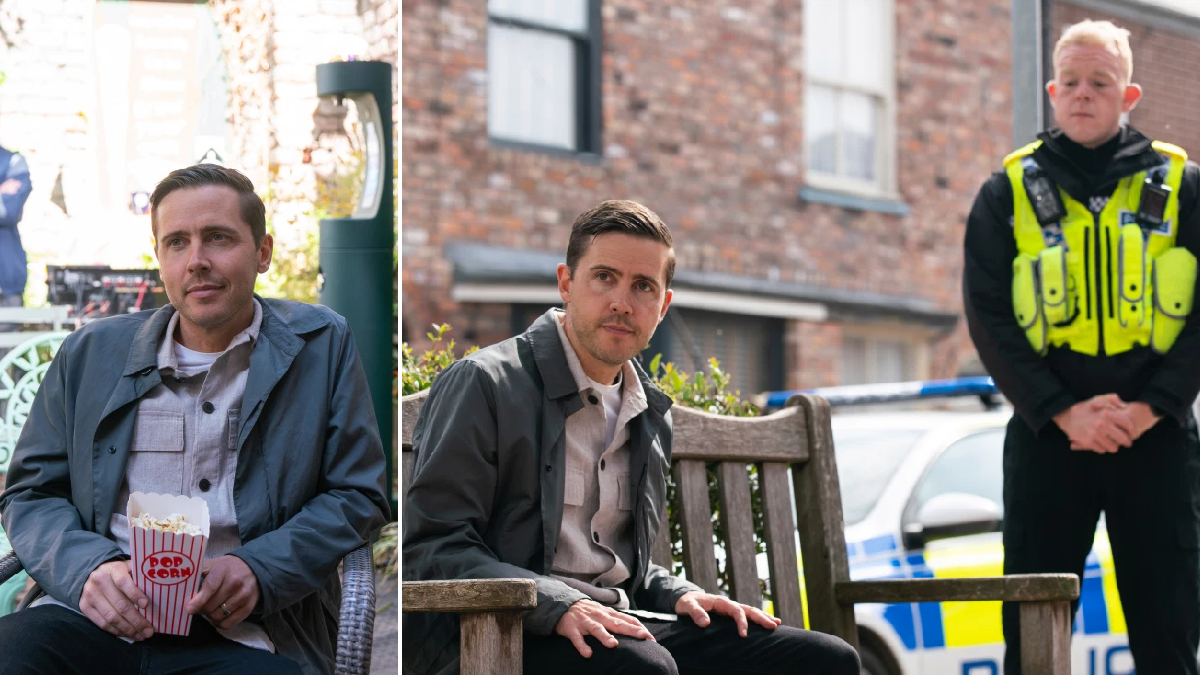 It’s the moment many Coronation Street fans have been waiting for and finally, upcoming episodes will see Todd Grimshaw’s (Gareth Pierce) lies exposed.

Todd successfully managed to keep his scheme that saw him win Billy (Daniel Brocklebank) back a secret for ages, but Will’s (Ben Hackett) return certainly shook things up.

Will arrived back in Weatherfield and demanded money from Todd, insisting that if he didn’t hand over some cash, he would tell Billy about his involvement in Todd’s plan.

With wedding prep fully underway, Billy is on cloud nine, but he’ll fall back down to earth when he at last discovers what his fiancé has been up to.

Meanwhile, Summer (Harriet Bibby) lets slip that Todd gave Billy £1000 towards the halfway house, causing Will to realise Todd ripped him off.

As Will lists all of Todd’s crimes and reveals the lengths he went to in order to split Billy and Paul, Summer is horrified.

As the locals gather in Victoria Garden for the calendar launch party, Paul swaps the laptop for his own.

Having introduced the film, Emma (Alexandra Mardell) presses play and to Todd’s horror, a video Will sent to Paul is played that sees Todd tell Will how he successfully split up Billy and Paul.

Can Todd dig himself out of this hole?

Or is it all over for him?