There is an endless stream of theories for Squid Game. Vanity Fair released a video with HoYeon Jung to discuss some of the K-drama’s most plausible and impossible fan theories. One that is mind-blowing involves Player 001, Il-nam (Oh Yeong-su). Fans theorize that the frail old man who proved to be the Games creator in Squid Game is Seong Gi-hun’s (Lee Jung-jae) father. Squid Game gave multiple clues hinting that the theory might be true.

Hoyeon Jung read a comment by a fan with the username @SkyeTv. The fan’s theory suggests Il-nam is Gi-hun’s father based on many clues throughout the K-drama. In Squid Game Episode 3, the players receive a piece of bread and milk for breakfast. But, Gi-hun asks the guard for chocolate milk instead. He claims he could never digest regular milk, even as a child.

Il-nam asks him if he was spanked a lot as a child. Gi-hun is stunned that Il-nam was spot on and asked how he knew. This is where fans wondered if Gi-hun could be Il-nam’s son. Il-nam tells Gi-hun he is just like his son. Fans theorize he means his son was also lactose intolerant and got into trouble. 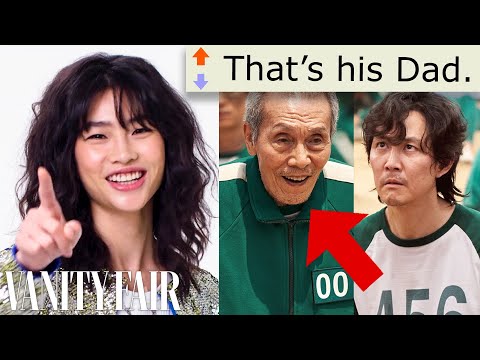 In the first episode of Squid Game, Gi-hun tries to guess the passcode to his mother’s bank account. He tries everything and even his birthday. Gi-hun was born on Oct.26, and it is later confirmed on his details sheet in the Games. In the drama, Il-nam tells Gi-hun his son’s birthday is soon.

Fans noticed the date when Il-nam said it was Oct.24. As Gi-hun’s birthday is only a few days away, there might be a connection.

Another clue was during the marbles challenge. Il-nam says the set looks like the neighborhood he grew up in. It makes sense as he is the Games creator, and it would be the last round he takes part in. Gi-hun tells Il-nam he also grew up in a similar neighborhood and says the alleyway looks very familiar. 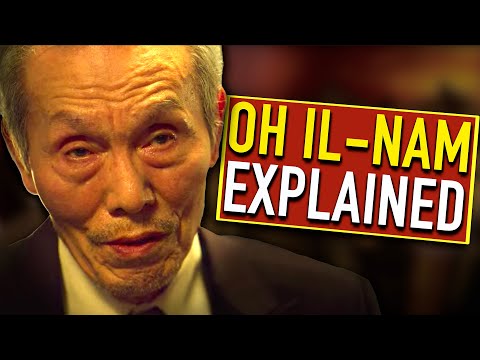 According to KBIZoom, Hwang set the record straight in a video interview for the K-drama. He was asked if the Squid Game theory was true and answered “No.” The connections and clues fans picked up were mere coincidences that were not meant to explore a bigger picture. Fans on Reddit started to think the same and instead believed the clues were about something else.

“I’m leaning toward saying it’s metaphorical. Like maybe Il-nam is a representation of Gi-hun’s father, or we’re supposed to think of them as having a father-son-like relationship. and that the connection they make is the manifestation of Gi-hun’s feelings about his father and Il-nam’s feelings about his son, rather than literally being father and son,” said one fan.

Squid Game once again proves its storyline can be interpreted in multiple ways depending on the angle it is being looked at.