Loose Women star Stacey Solomon shared a rare insight into her relationship with her dad as she spent the day with him and her sons at the beach.

The 31-year-old is known for being open about her life with her 4.4million Instagram followers as she updates fans on what she's doing and who she is with every day. 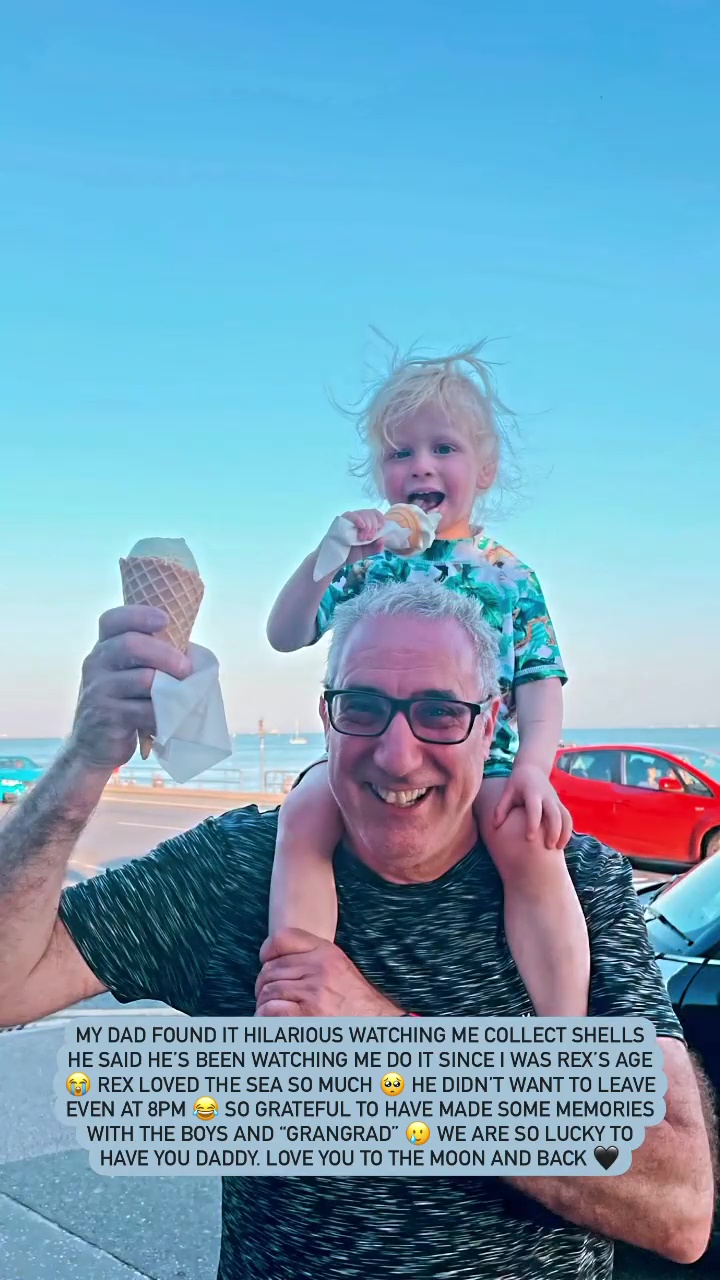 But her beloved father, David Solomon, is rarely featured on her social media.

Instead, Stacey tends to share only their most precious moments, with yesterday being one of them.

The star revealed she spent the day at the beach with her dad and three sons Leighton Barham, Zachary Solomon, and Rex Toby Francis Swash. 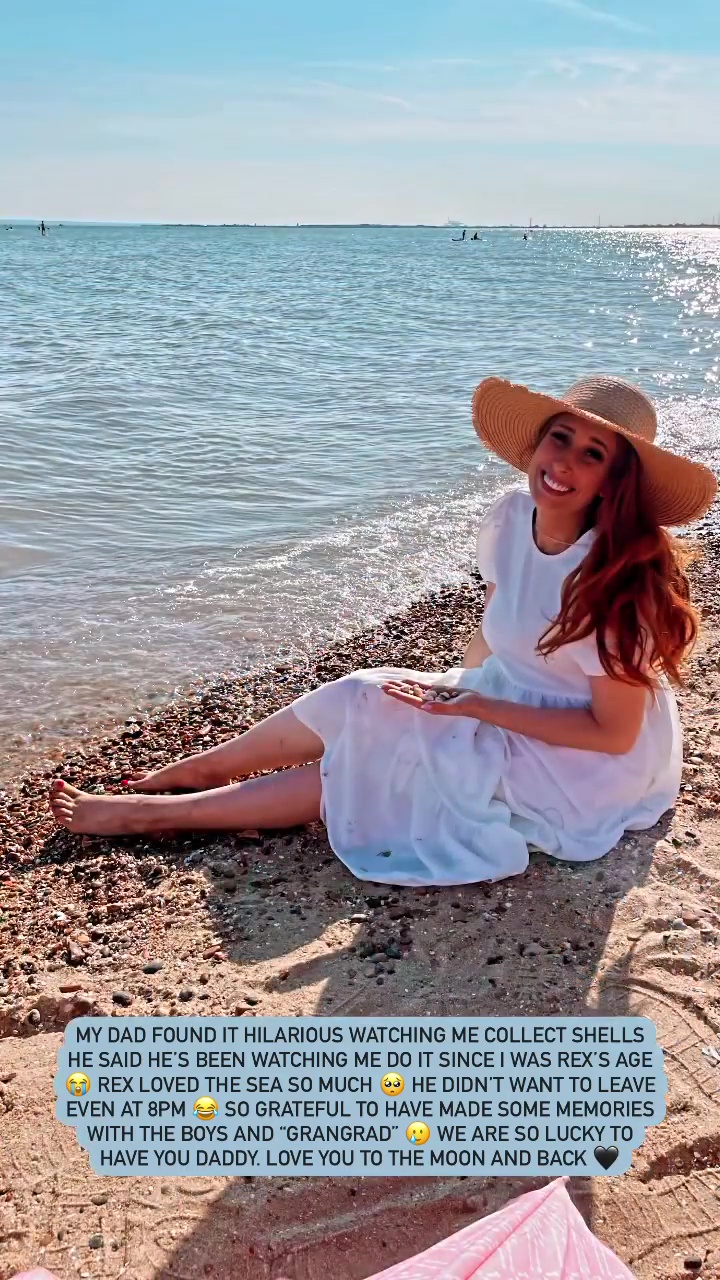 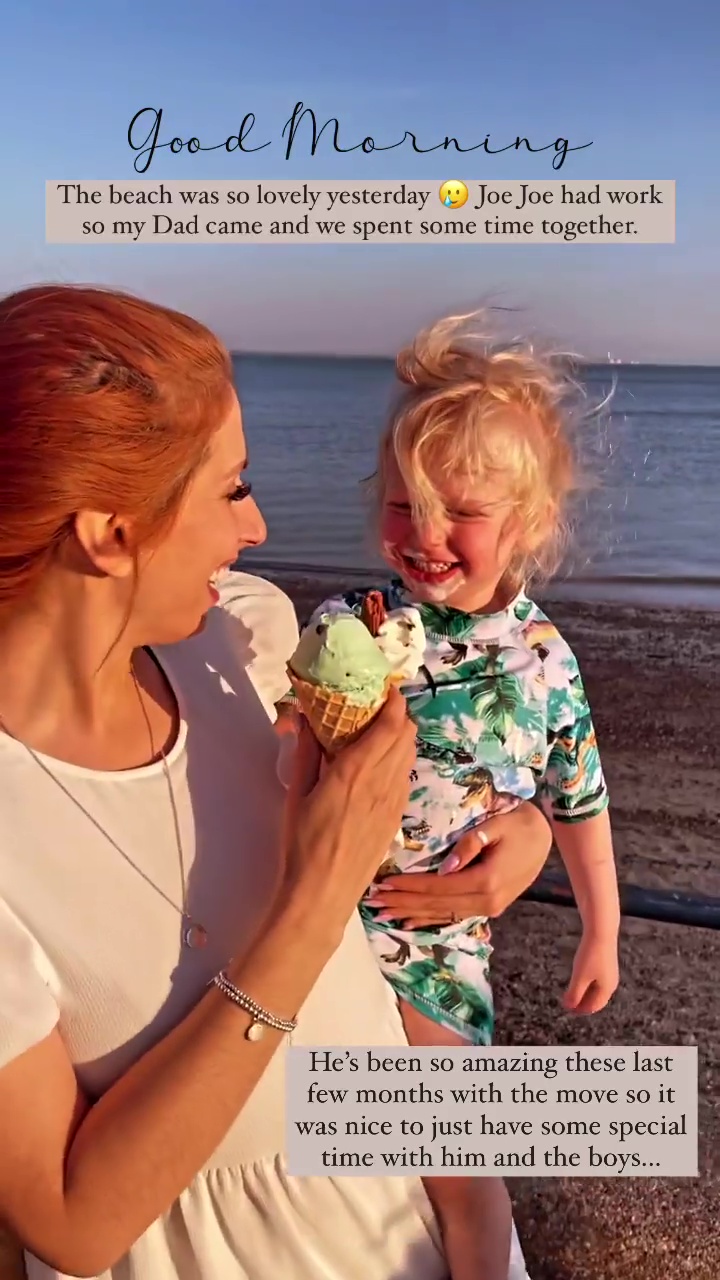 She edited together a short 15-second clip showing their activities from the day, including eating ice-cream, running into the sea, and having cuddles with their grandad.

Over the top of the clips, which showed David beaming with happiness around his grandchildren, Stacey wrote over it what they got up to.

She wrote: "The Beach was so lovely yesterday," followed by a crying emoji.

"Joe Joe had work so my dad came and we spent some time together," Stacey continued. 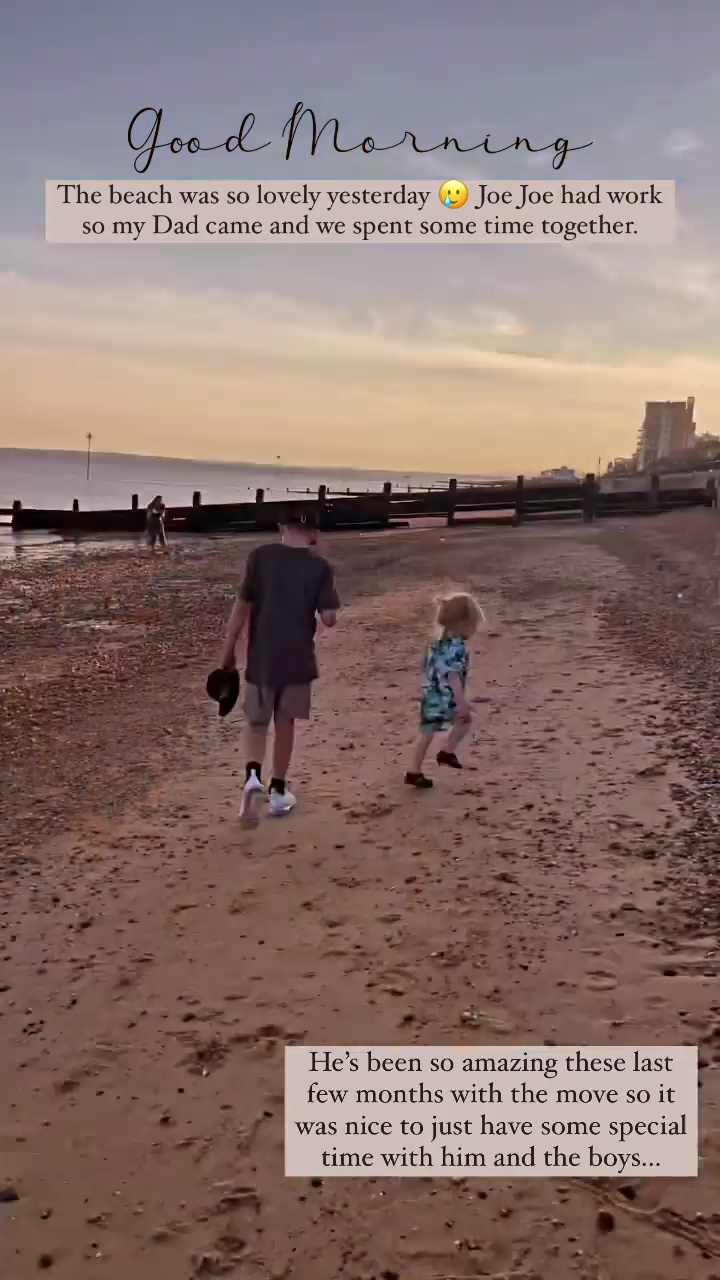 The former X Factor singer went on: "He's been so amazing these last few months with the move so it was nice to just have some special time with him and the boys…"

The star then uploaded another short presentation of clips showing Rex loving the sea and herself collecting shells.

Stacey wrote over the video: "My dad found it hilarious watching me collect shells he said he's been watching me do it since I was Rex's age.

"Rex loved the sea so much. He didn't want to leave even at 8pm," followed by the laughing emoji.

She continued: "So grateful to have made some memories with the boys and 'grandad'. We are so lucky have you daddy. Love you to the moon and back."

One adorable clip shared showed Rex sitting on his grandad's shoulders as he bit into an ice-cream while David couldn't contain his happiness.