The worry followed the Teen Mom OG alum's shocking statement last month that Child Protective Services once threatened to take her daughter away. 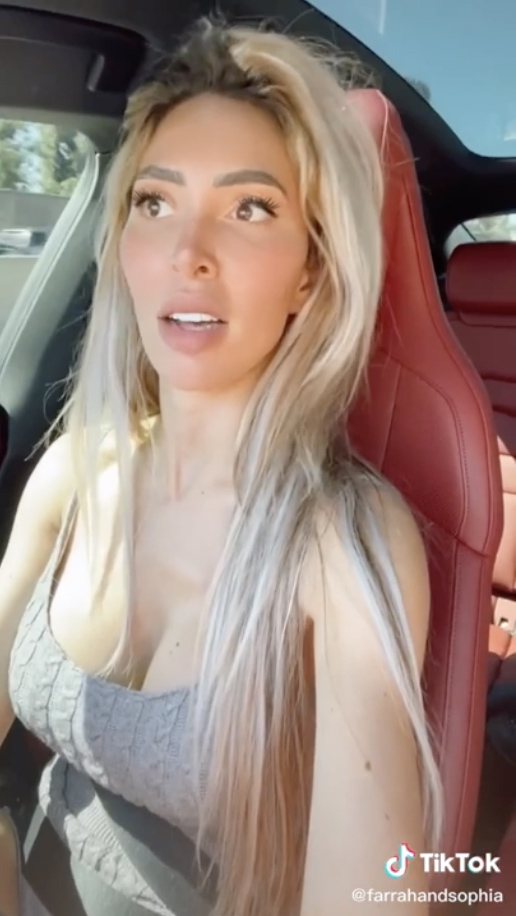 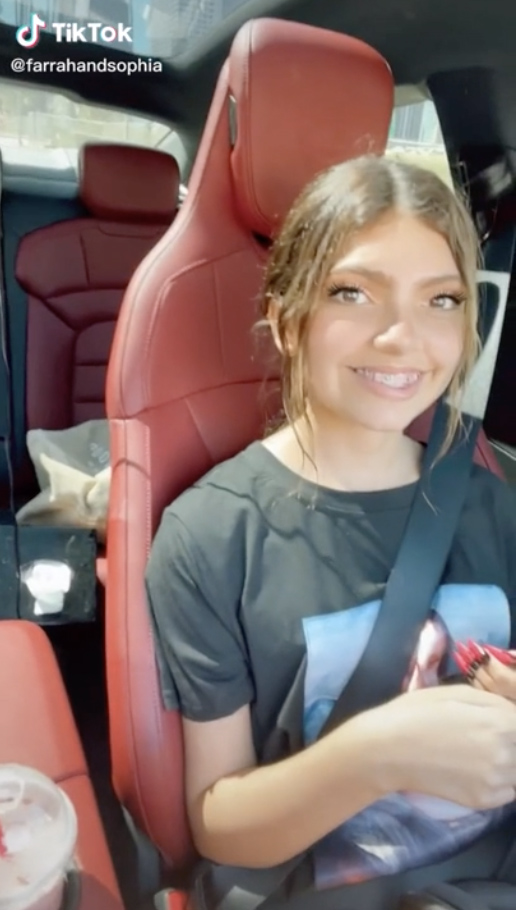 Farrah, 30, and Sophia, 12, startled fans when they shared a bizarre new TikTok video to their shared platform on Wednesday.

In the clip, the reality star gave the camera series of wild and scary looks while switching back and forth between her and her daughter.

The tween simply smiled back, but they applied a slow-motion filter that evoked an eerie vibe.

At one point, Farrah gasped as she grabbed her chest in horror, and Sophia sipped her drink in response.

Fans were absolutely floored by the upload, as they flooded the comments section with requests to "save Sophia."

"What the hell is even going on here?" one asked, while a second put shortly: "I'm scared."

"Farrah is jealous of Sophia and it shows. All Sophia wants is attention and is afraid of being taken out of the spotlight by her child. I really wish someone would rescue her," another urged.

"I don't get it," a fourth wrote, while another said: "Sophia needs friends her age."

"I really wish she had some sort of normal social interactions. Farrah is doing a terrible job of 'raising' her," a fifth slammed.

One user speculated: "She for real seems like she's having some kind of breakdown," while a final asked: "Save Sophia."

For years fans have been unsure of Farrah's parenting skills with her soon-to-be teenage daughter, and their fears were confirmed when she admitted to dealing with CPS.

In her new book Dream Twenties: Self Guided Self Help Memoir, the mother of one said the agency "threatened to take" Sophia away over her "unsafe" actions as a parent.

“I got kicked out of my house after calling the police for domestic violence, yet the police pulled out a gun and said he was going to shoot my mom while pointing at her head, yet my mom had two kitchen knives in her hands, and I was bloody when I had to talk them both into calming down.

“The cycle of trauma and violence would not continue or someone was literally [going] to die over a call to stop violence," she revealed.

Farrah, who was only 18 at the time, said she was "threatened by CPS to take my child because of elders' actions that were unsafe.”

The MTV star's mother, Debra, allegedly grabbed her daughter by the throat and "hit her along the side of her head and hit her in the mouth” with Sophia in the room.

Debra pleaded guilty, and Farrah lived in her car with her infant for a few days.

The controversial parent's relationship with her own mother has been difficult over the years, and at times they have been estranged.

On her last few Teen Mom episodes, before she was fired from the network, the influencer was attempting to work on her relationship with Debra.

Farrah was axed in 2017 over her treatment of the crew and involvement in adult webcam videos. 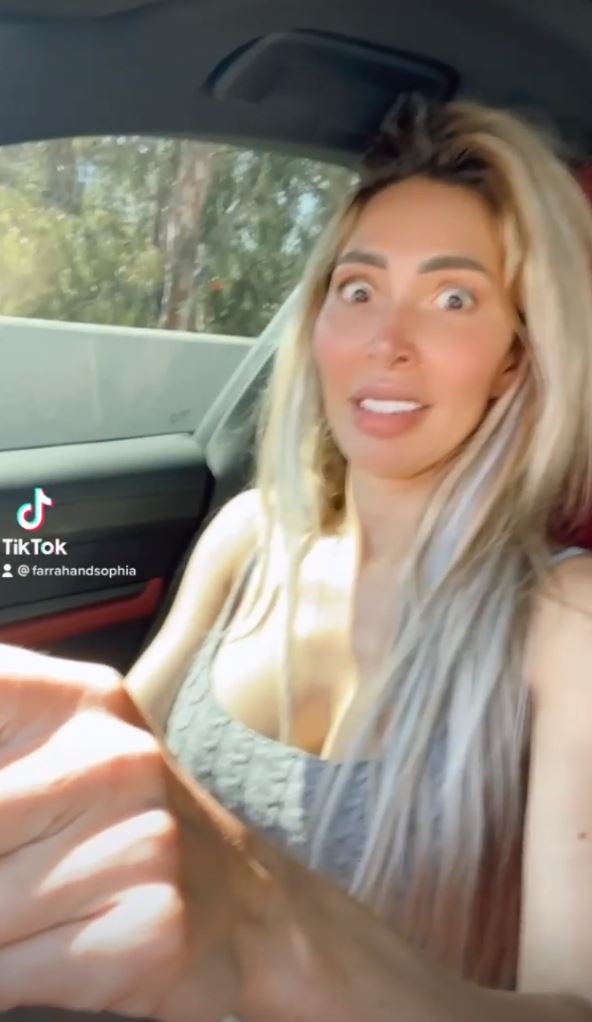 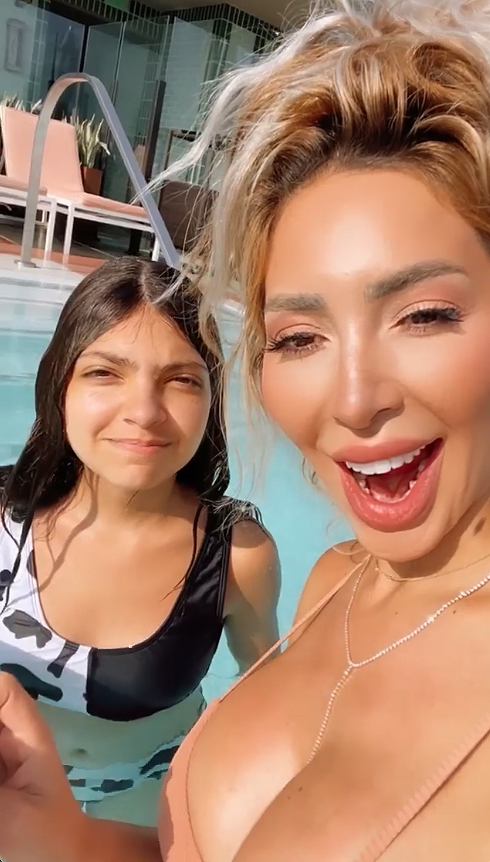 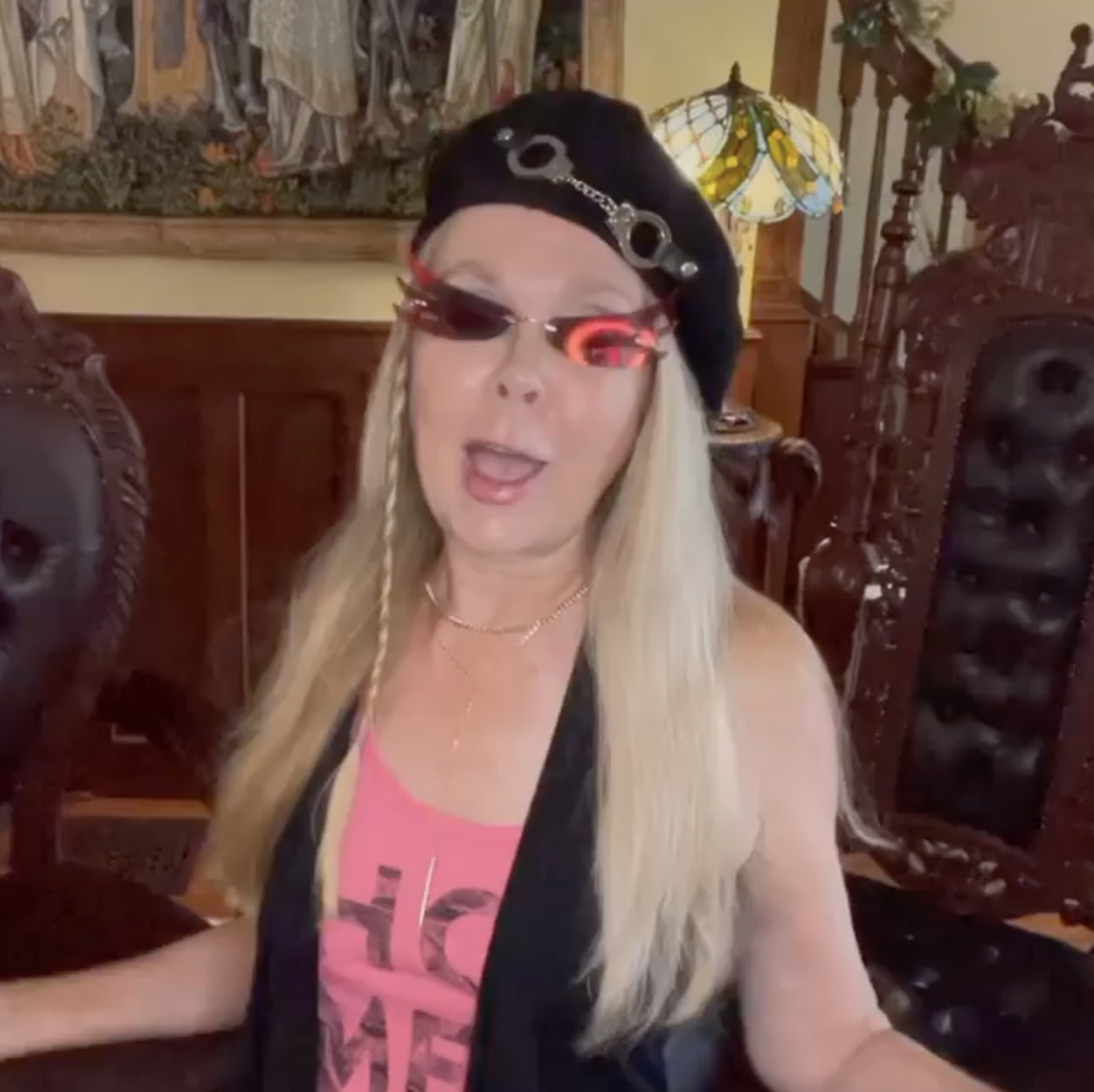