The dad shared he will begin laser treatment on the tattoos as he prepares for his wedding to his fiancee and MTV reality star, Ashley Jones. 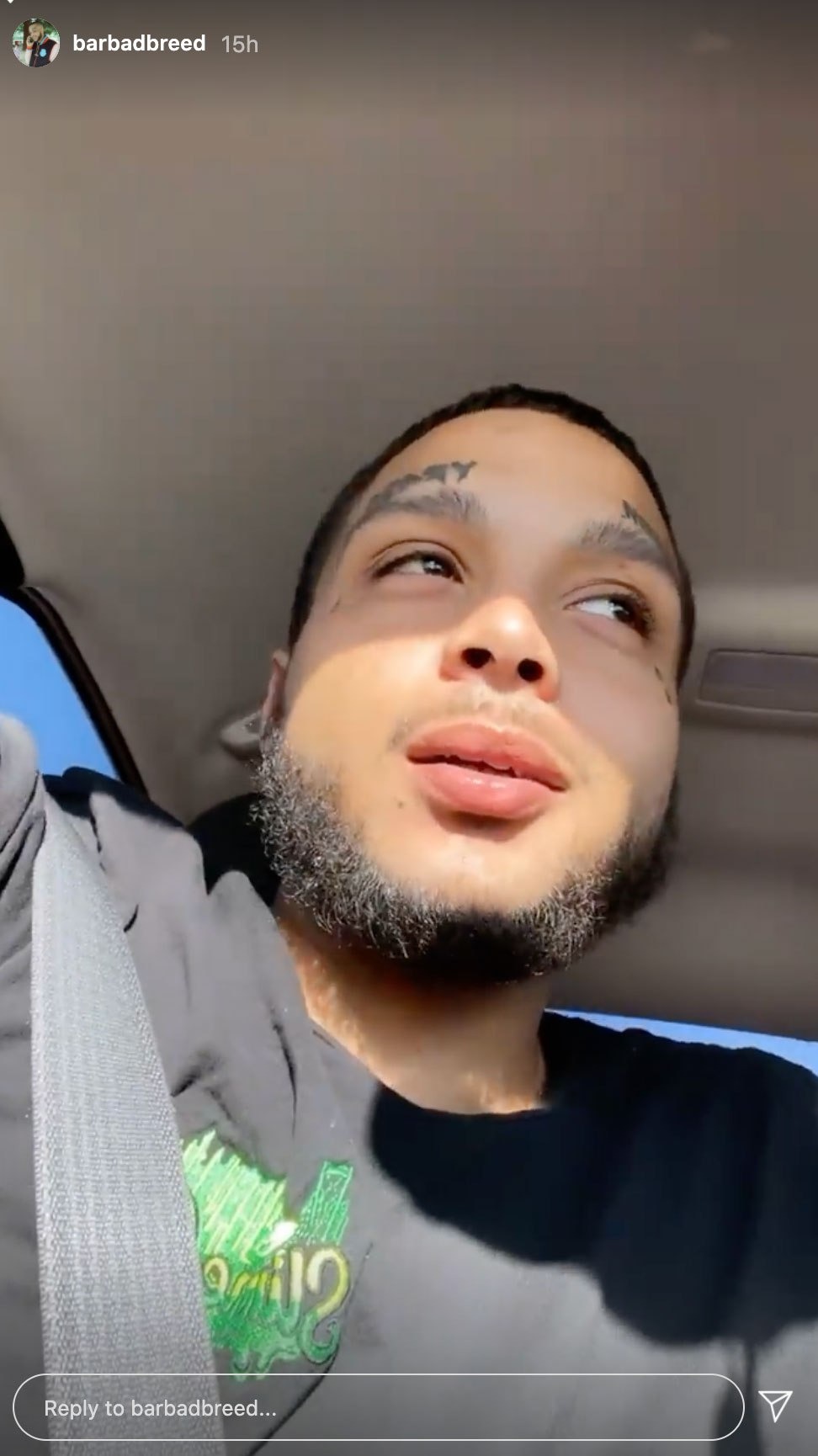 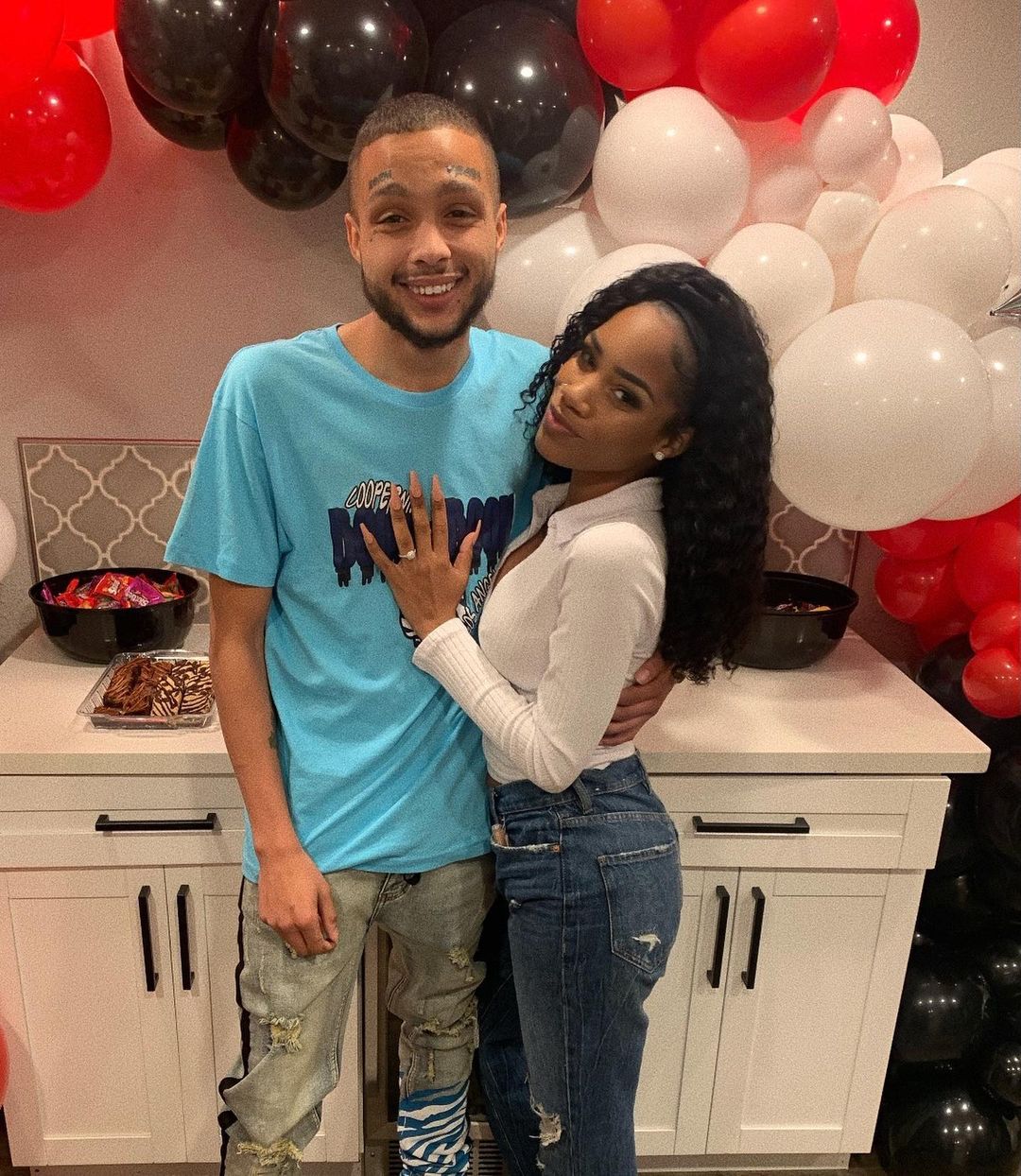 The Teen Mom Chatter Instagram account shared a video of Bar relaying to followers: "[People] keep asking I thought you were getting them removed… I'm starting treatments next week. Tattoos about about to be gone y'all.

He continued: "… I'm gonna have white spots where the tattoos supposed to be…

"Y'all gonna ride through. You feel me? Y'all wanted them gone, common." 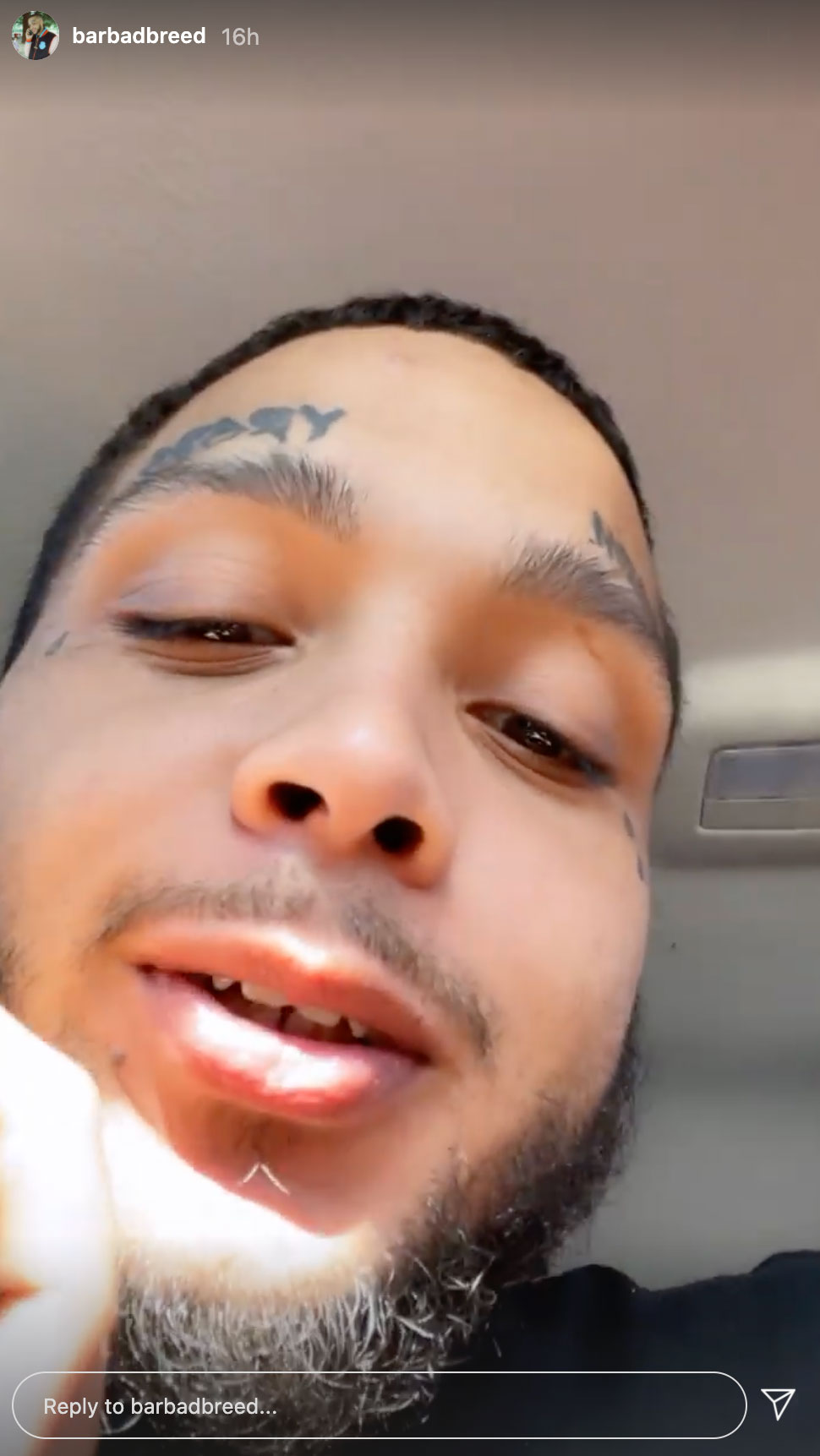 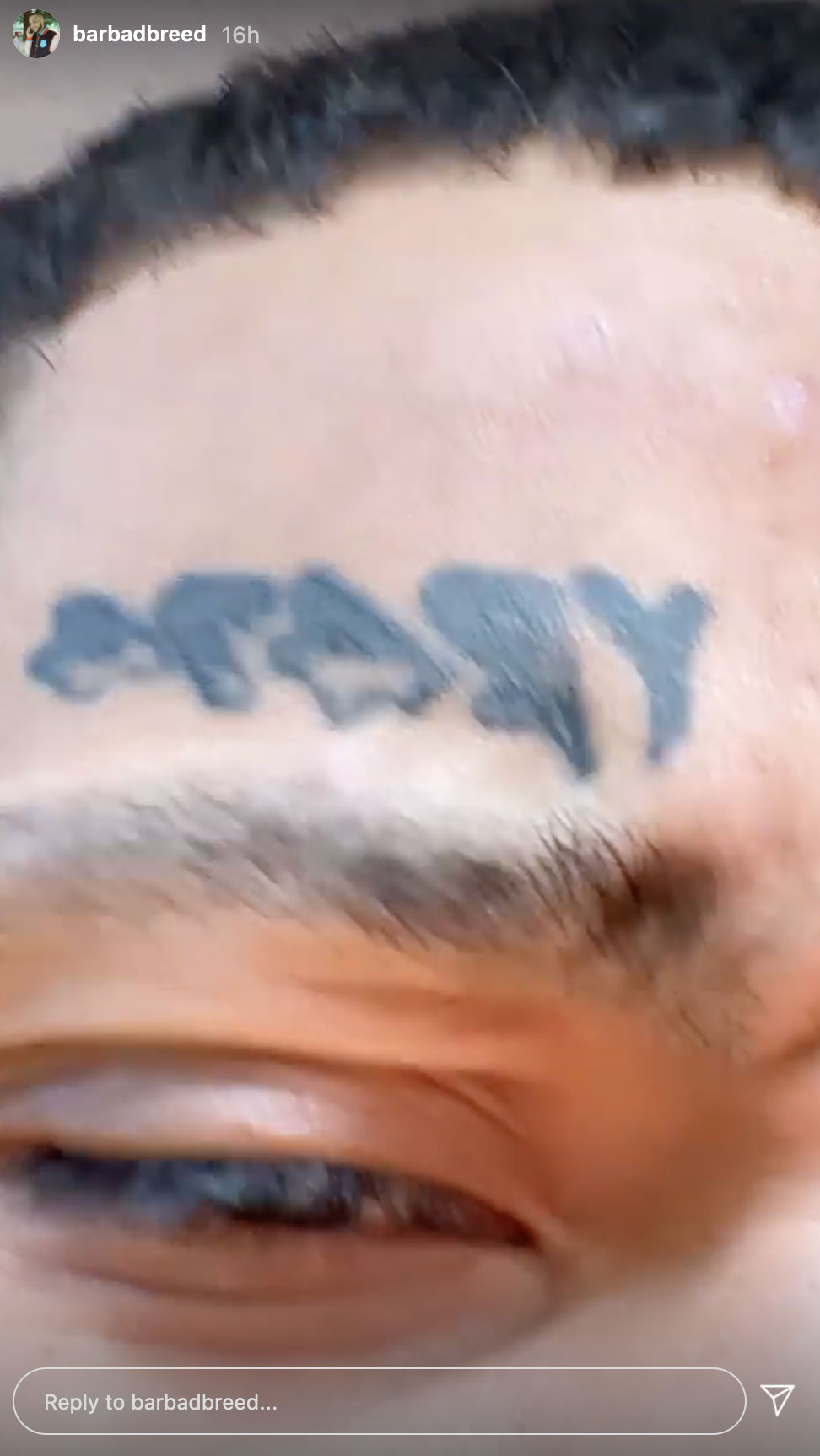 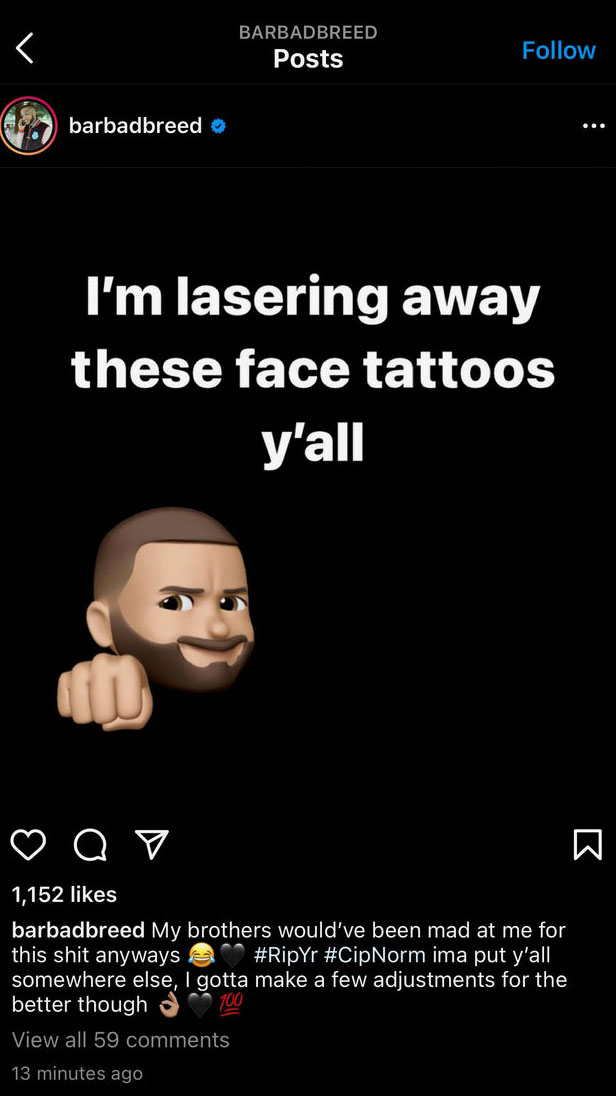 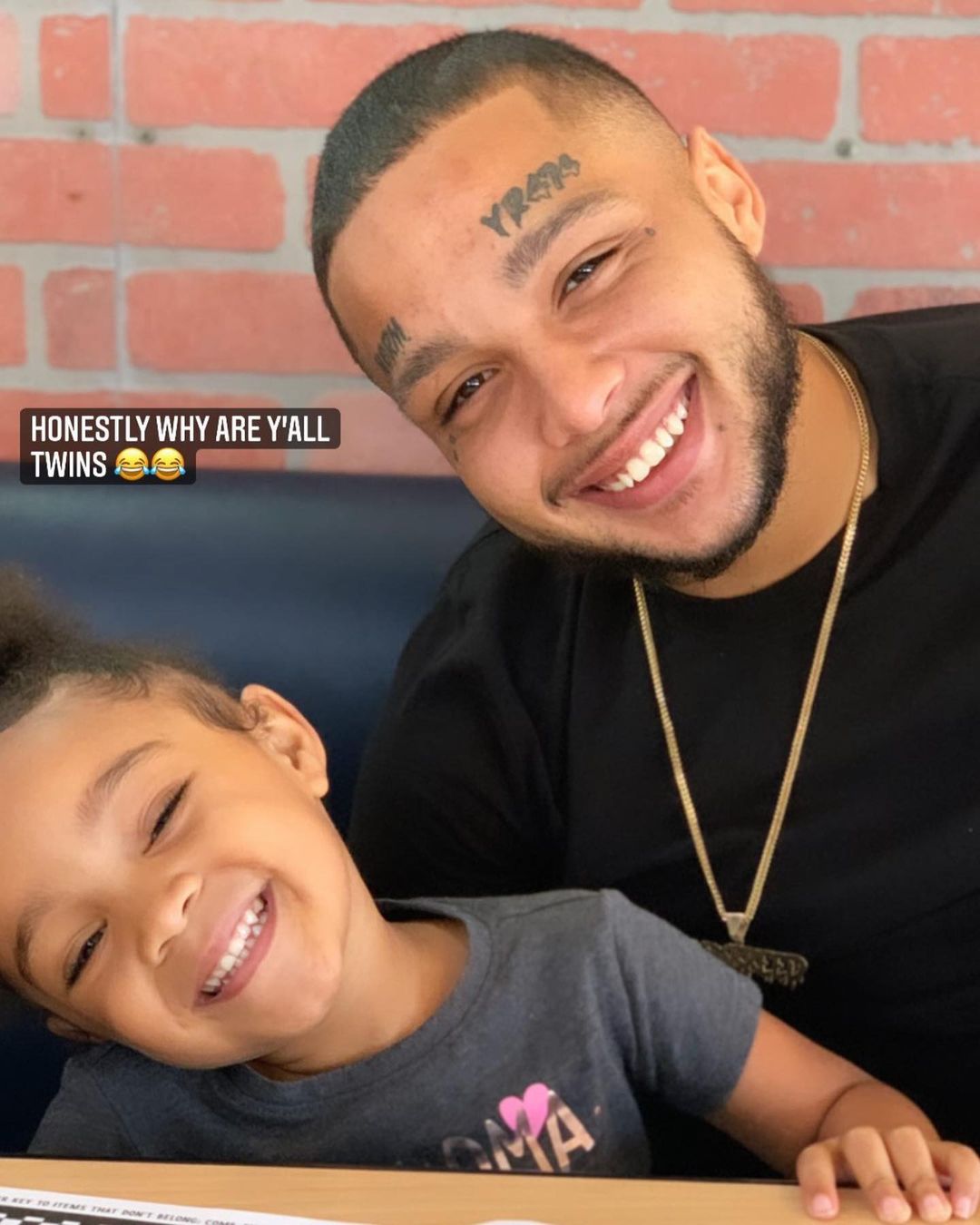 Back in May, the Teen Mom 2 first shared on Instagram of removing his face ink: "I'm lasering away these face tattoos y'all."

Bar has multiple tattoos, including two placed directly over his eyebrows.

The father of one shared his decision just days after he was arrested.

According to a police report shared by the Instagram account  TeenMom.Tea, Bar was arrested for "willful discharge of firearm in negligent manner."

Before he was released, the 24-year-old was held at Merced County Sheriff's Main Jail, while the MTV star's bond was set at $25,000. 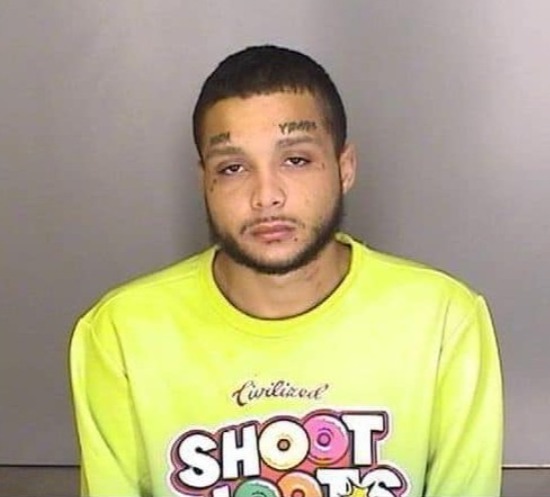 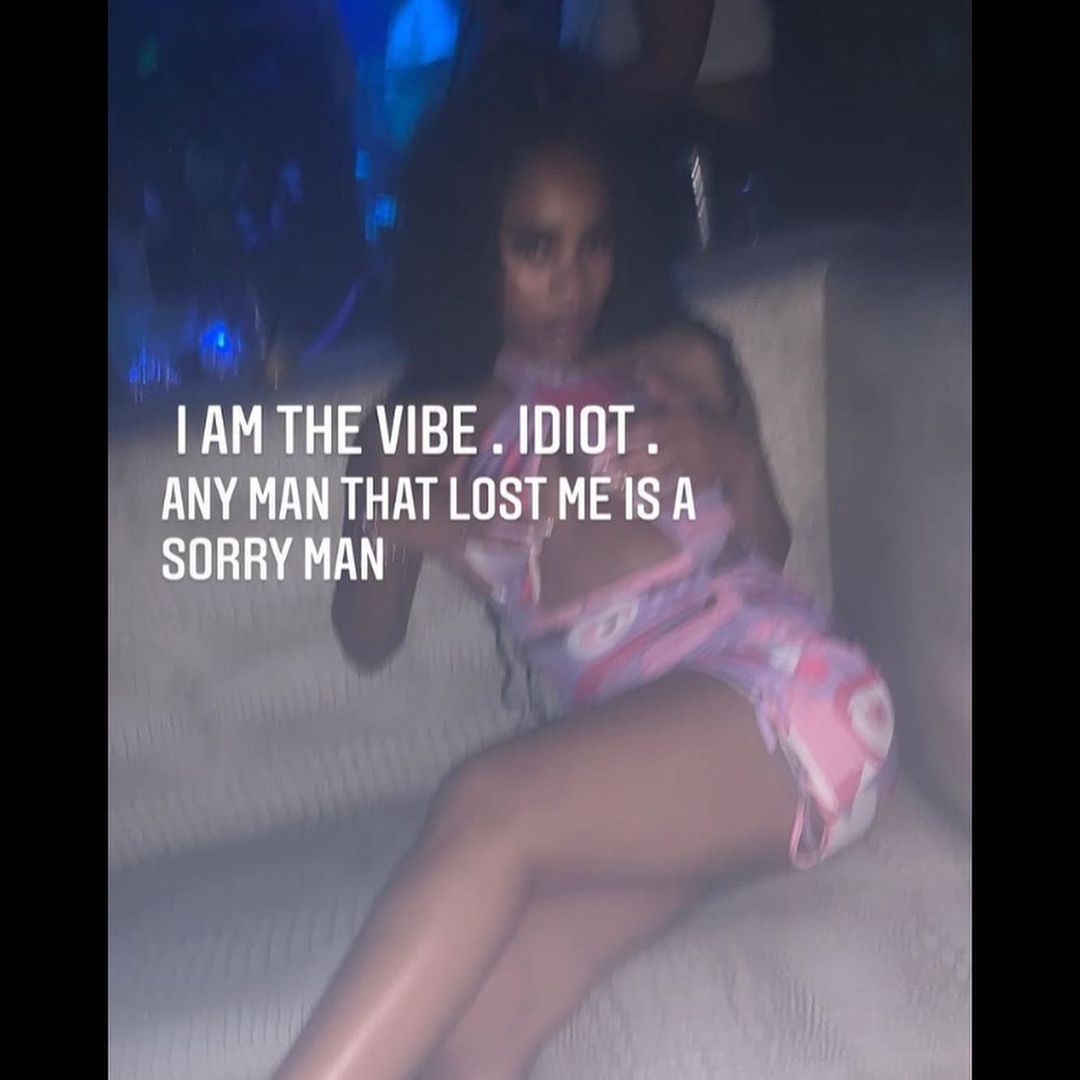 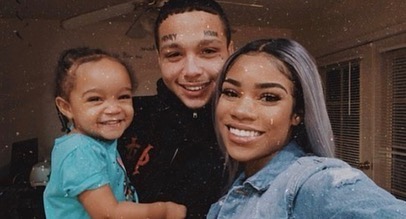 This week followers questioned Ashley and Bar's future as she called him an "idiot" and "out of his mind for setting me free” in a recent Instagram Story and also unfollowed him.

While Teen Mom 2 fans are speculating the on-again, off-again couple has split, Bar’s mom Shen Williams exclusively insisted to The Sun: “They’re not split up, they’re good. Relationships have some issues. It just seems to be blown up in social media when you’re in the public eye.

“I’m rooting for them then no matter what. They are young. I feel like they are good for each other and will have issues just like anyone else. I do not get in their domestic issues unless they ask for advice.

“Bar is good doing what he needs to do. Him and Ashley will work things out.”

This past November, Ashley announced she and Bar, who share three-year-old daughter Holly, were engaged, sharing a video of her dazzling diamond ring.

Admitting she had hid her bride-to-be status, after repeatedly insisting the pair were just pals, Ashley wrote: "I’ve slept on it for a few months and now I’m ready to share.

"For those that support us, thank you to the moon and back."