Bradley Walsh welcomed four new contestants onto The Chase as Chaser Jenny Ryan did all she could to stop them from taking home a slice of the jackpot prize fund. However, when The Vixen issued a warning to today’s finalists, the presenter stepped in and made it clear he disagreed with the Chaser.

First to face Jenny was Simon who had earned an impressive £6,000 in his cash-builder round.

Simon breezed through his head-to-head as Bradley suggested he should have taken the higher offer.

Next up was Matt who failed to add the £5,000 he earned to the jackpot fund. 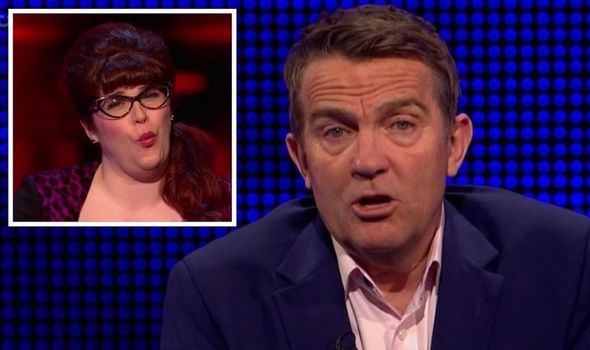 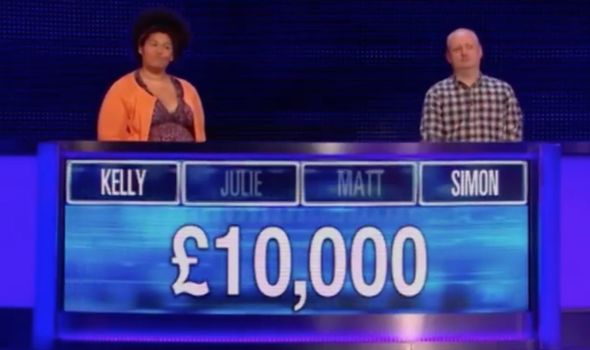 Julie suffered the same fate and was knocked out by Jenny, therefore, missing out on a spot in the final.

Kelly was the final contestant to face the Chaser and despite earning the least amount of money in her cash-builder round, she joined Simon in the final.

Commenting on the team she was up against, Jenny took a swipe at the two remaining contestants and Bradley wasn’t impressed. 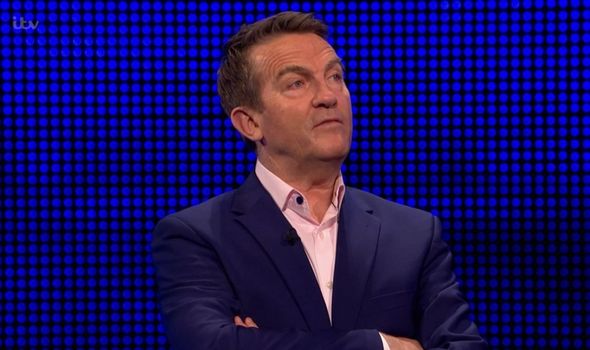 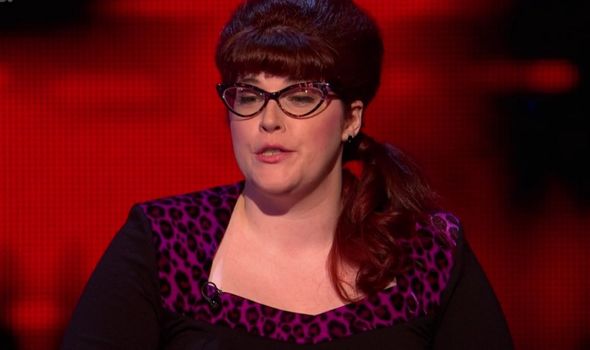 Jenny remarked: “It’s not the line up I wanted to face but I still don’t think those two can beat this one.”

“Oh, I don’t know,” the stunned presenter hit back. “Kelly and Simon are through to the final chase.”

“My two can’t beat this one,” he repeated.

“My team are gong home with five grand each, have no fear of that.”

DON’T MISS
The One Show’s Alex Jones opens up on ‘worrying’ time in her childhood [INSIGHT]
Death In Paradise season 10: Neville Parker clashes with Florence? [INSIGHT]
A Place In The Sun: Jonnie Irwin scolds ‘tricky’ buyers after U-turn [VIDEO]

However, the team weren’t able to put on a winning performance in the final and were beaten by the Chaser.

Earlier in the show, Bradley slammed one of Julie’s answers as “controversial” during a one question shoot out with Jenny.

Bradley asked: “According to the makers, what is the most popular flavour of Walkers crisps?”

When it was revealed Julie had opted for Ready Salted the presenter noted he didn’t agree.

“Controversial, I’d have gone for Cheese and Onion,” he shared.

Jenny agreed with Bradley but revealed her favourite flavour was Prawn Cocktail which hadn’t been an option.

Bradley and Jenny were revealed to be correct with Julie being sent home from the quiz show.

The Chase airs weekdays on ITV at 5pm.