The Chase returned to ITV tonight with host Bradley Walsh who was joined by Mark Labbett as the Chaser.

Another four contestants were taking part in the quiz show and following player one’s attempt at adding money into the jackpot, The Beast revealed a show rule.

Kim, a housewife and grandmother was up first and she started off steadily, answering six questions correctly in the cash builder.

Having been offered a staggering £32,000, she turned it down and faced the Chaser hoping to make it back to the team.

With the Chaser right behind her on the board, Kim had to answer the following question correctly in order to stay in the game.

“Which of these Shakespeare title characters does NOT give her name to a moon of Uranus? A. Cleopatra, B. Juliet, C. Cressida.”

She chose answer B, which Bradley revealed as incorrect before showing Mark’s answer as A, which was correct.

Only two places from home, Kim was out, but before she left the studio, The Beast gave a word of wisdom to the player.

He said: “Cardinal rule in this show, never mention a food stuff if you don’t bring along a free sample!”

He was referring to the chat Kim had with Bradley when she stepped up to the podium before taking part in the cash builder. 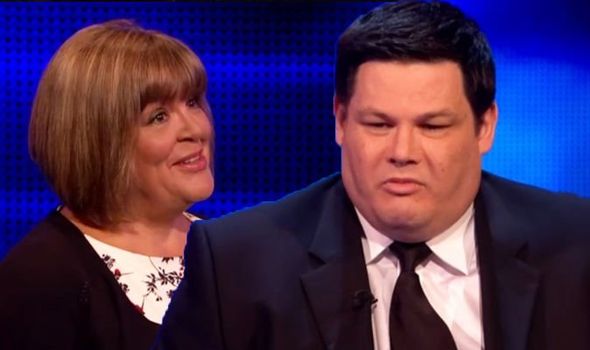 Kim explained how she had a passion for cooking and after living in Spain for four years, her speciality was paella.

Nevertheless, her cooking skills were not beneficial to tonight’s game and after being eliminated it was up to the other three contestants to take home some money.

Mark was next and he managed to secure a massive £9,000 in the first round, but struggled to maintain his game when he faced Mark.

After opting for the higher sum of £50,000, he was beaten and then there were only two players remaining.

For Brian, he struggled to gain momentum during the cash builder and faced the table with a measly £2,000. 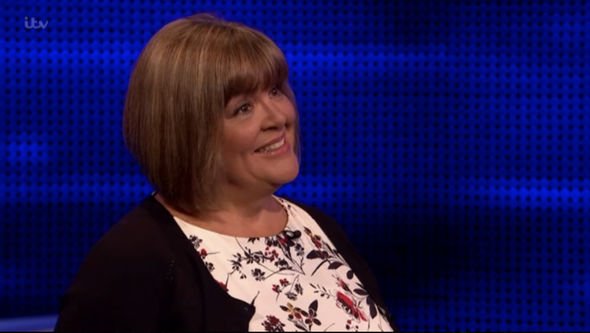 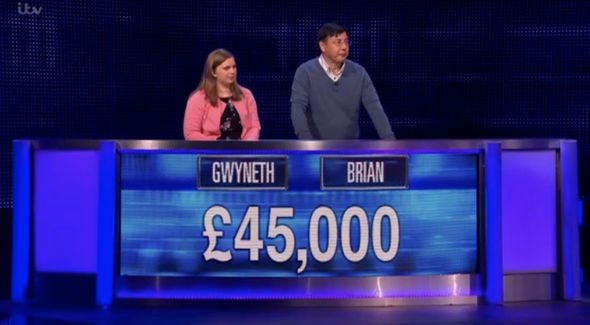 But he was willing to take a risk and gambled one step closer to Mark in order to win a whopping £50,000 for the jackpot.

Surprisingly, his risk paid off and alongside Gwyneth who secured an extra £5,000 for the jackpot the pair went into the final round with £55,000 to play for.

Having secured 17 steps in the final round, Bradley commented: “Great performance. Well played!”

It was then Mark’s turn and he hit the ball out of the park with his performance.

“Three opportunities to pushback, two executed with 20 seconds remaining,” the host revealed. “None the less, please don’t be too disappointed.”

Commenting on his win, Mark added: “I think Gwyneth and Brian played superbly and put me under great pressure.”