Few films caused such a major shift in Hollywood as The Dark Knight. Christopher Nolan’s Oscar-winning 2008 sequel to Batman Begins didn’t only earn more money than its predecessor. It quickly established itself as a cultural touchstone. But actor Aaron Eckhart believes his character, Harvey Dent, would take issue with The Dark Knight‘s thrilling conclusion. 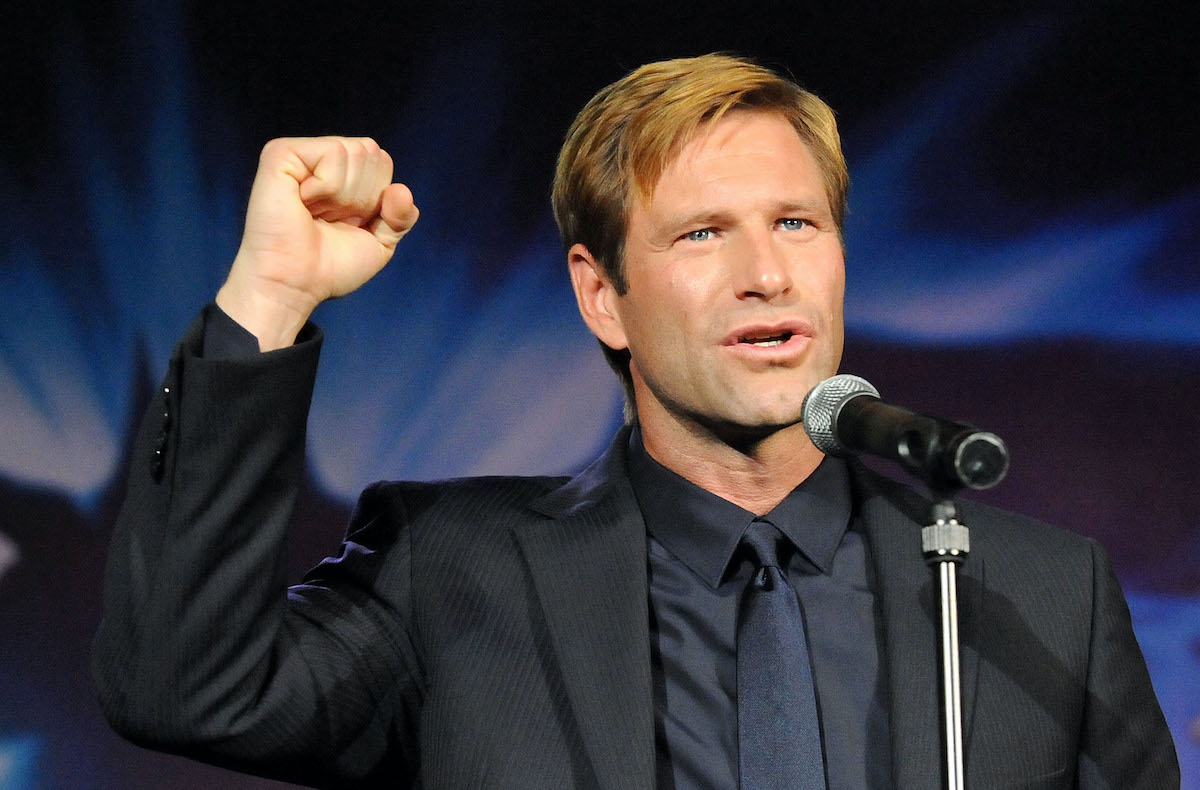 ‘The Dark Knight’ has endured because of its moral complexity

Eight years after Batman & Robin, Batman Begins served as a welcome refresher for audiences. But that movie hasn’t had the same legacy as The Dark Knight. Certainly, much of its success stems from Heath Ledger’s iconic take on the Joker. Yet, it’s the thematically rich story of the film that keeps audiences coming back for more years after its release.

As Eckhart’s Dent proclaims, “You either die a hero or live long enough to see yourself become the villain.” That statement captures the moral complexity of The Dark Knight. Nolan highlights the tenuous line between good and evil. And Dent’s fall to darkness — though the Joker perpetuates it — leads Batman (Christian Bale) to a pivotal revelation by the end.

Aaron Eckhart thinks Harvey Dent would have issues with the finale

In the final minutes of The Dark Knight, Batman decides to take the blame for all of Dent’s crimes. Following Harvey’s death, the Caped Crusader believes it is more important to keep Dent’s image as a beacon of hope intact than prove himself a hero. Now Eckhart told The Hollywood Reporter that he thinks Harvey would have disapproved of Batman’s decision.

“[Harvey] would’ve told the truth. That’s the great thing about Harvey Dent. Despite whatever is going on, he’s a truth-teller and he’s a moral center. And not only that, he’s the face of truth, right? I don’t want to say he’s not hiding behind something, but he’s not. Now, when he becomes Two-Face, he is. But Harvey Dent was out there fighting for every man and woman, for truth and justice, and he put himself on the line. But having done so, he got bit, and he was forever changed. But you don’t want to lose your Harvey Dents in life.”

Eckhart wisely makes a clear distinction between Harvey and his murderous alter-ego. Once the Joker’s plan comes to fruition, Harvey loses himself in the process. But the man he once was would have preferred truth above all else. As Batman and Jim Gordon (Gary Oldman) realize in The Dark Knight Rises, their lie doesn’t come without consequences of its own.

Have fans really seen the last of ‘The Dark Knight’ series?

Following The Dark Knight trilogy, Nolan proclaimed he was finished with the character. Truly, that third film provides definitive closure to Bruce Wayne’s story. And though it leaves the door open for Bale to return, it appears Batman’s legacy will continue in the hands of another. But this is Hollywood, after all. So could fans see another Bale-led Batman movie?

For the moment, that doesn’t appear to be the plan. Instead, Ben Affleck and Michael Keaton will both be reviving their versions of Batman for the upcoming The Flash movie. Then again, that film will introduce the multiverse. So perhaps Warner Bros. could continue the continuity of Nolan’s films later, even if a Bale-led adaptation of The Dark Knight Rises.