In season 2 of The Family Chantel, we’re seeing more of Lidia and Nicole, and honestly there’s a lot of drama to unpack so far. Nicole has a new boyfriend named Alejandro, and from her first impression, Lidia doesn’t seem to like him. In fact, she kicks him out of her house and it just gets worse from there when the couple decides to come clean about Alejandro’s marital status. 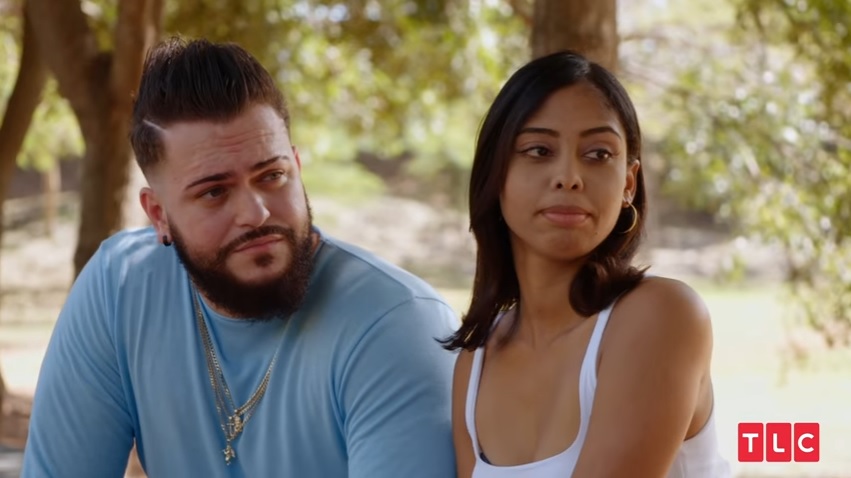 Nicole met her new man at a party years ago, and he’s also from the Dominican Republic as well, but he lives in New York City. After sending her a message on Instagram one day, a relationship blossomed from there. Nicole has been extremely nervous to tell the people in her life that Alejandro is still married, and everyone has reacted negatively so far.

But when he comes to the Dominican Republic, Lidia doesn’t take a liking to him right away. “The impression I had when I met Alejandro was a very unpleasant impression because of the way he was dressed,” Lidia tells the cameras. She also mentions that he “painted his beard.”

The conversation that takes place is full of tension, and even when Alejandro hands over a purse and perfume as gifts, it doesn’t soften the mood. When Lidia learns about Alejandro’s occupation as a manager at a cell phone company and a part-time bartender, she actually tells him he isn’t on Nicole’s “level” and that he can only offer her daughter “trouble.” Lidia takes Alejandro’s suitcase from the apartment, tells them both to leave, and the situation is over, for now.

But now it’s time for Nicole to reveal that Alejandro is still married. Although he admits to trying to get a divorce, the fact that he’s married doesn’t go over well for Lidia, especially since her children’s father had another family and she didn’t know it until one day he revealed the truth. He eventually left her to go back to his other family, and she was left alone to raise her children. Pedro has revealed before that their father was actually married as well.

When they meet Lidia at a park, Nicole eventually comes out and tells her that Alejandro is married, and it goes over about as well as you might expect. “Look, Alejandro… Alejandro is still married,” Nicole says.

Although Alejandro tries to tell her that he’s “in the process of divorce,” it doesn’t matter.

“He is a dirtbag because he dates a woman being married,” Lidia says, getting up. “Listen to me good. He is married. He is hurting another woman, and he will hurt you too.”

Alejandro says he isn’t with his ex anymore, but Lidia just calls him a “liar.” She tells the cameras, “It’s a sham that he’s getting a divorce. It’s just to be able to have a relationship with Nicole.”

At one point, Lidia grabs Nicole by the arm and pulls her away from Alejandro and says, “Leave that man.” She tells her to “go over there,” away from Alejandro. She asks her daughter if she doesn’t “value herself.” She adds: “How can you find a man that has a family?”

Lidia runs after Alejandro with her purse

Nicole insists that Alejandro doesn’t have children, but Lidia isn’t convinced, saying he’s “hiding them” from her.

Alejandro tries to get involved again, saying he lives “alone.” Lidia just keeps accusing him of lying though. “Look, I’m telling you, us women have a sixth sense,” she insists.

Lidia even says, “I’ll take off my heel and I’ll hit you with it. And I’ll drain the bad blood out of you.” After grabbing her purse and Alejandro saying he wants to “fix things” with her, Lidia runs in his direction with her purse in the air like she might hit him with it. Luckily, Alejandro dodges it when he runs off.

But Alejandro actually comes back still trying to talk to Lidia, but it’s no use. She walks off on her own, and it was certainly a tense moment. Where does this leave Nicole and Alejandro’s relationship? Will they be able to repair the situation with Lidia? Hopefully we will find out soon.