Toronto 2021: There’s a lot of despicable stuff going on in this efficiently nasty drama from John Michael McDonagh, the Irish writer-director of “The Guard” and “Cavalry” 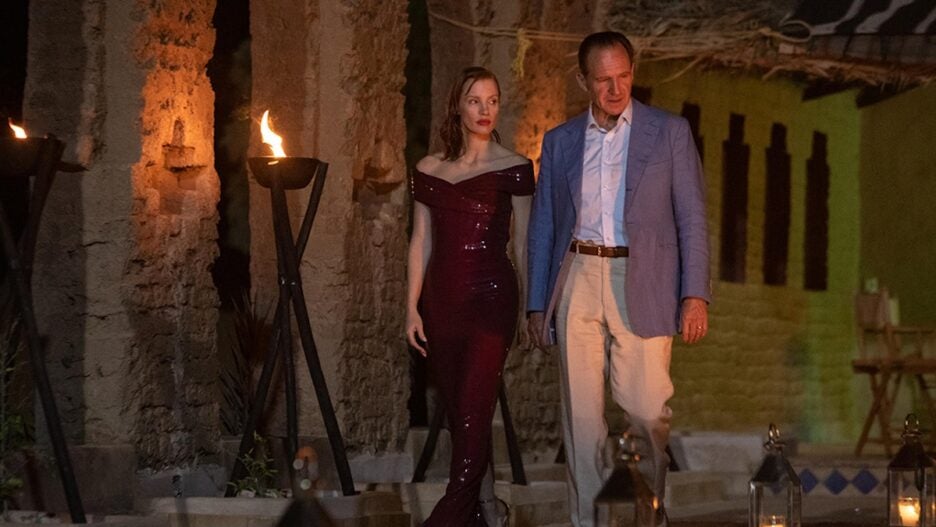 A dark and dirty morality play where nobody’s very concerned with morals, John Michael McDonagh’s “The Forgiven” takes some extremely questionable behavior and makes it as intriguing as it is off-putting. There’s a lot of despicable stuff going on in this efficiently nasty drama from the Irish writer-director of “The Guard” and “Cavalry,” but in the hands of McDonagh, Ralph Fiennes and Jessica Chastain, you may actually find yourself caring for these people more than they care for themselves.

The film had its world premiere on Friday at the Toronto International Film Festival, where it’s looking for a potential distributor. Certainly, it’s a timely piece of work based on Lawrence Osborne’s 2012 novel — it may focus on first-world problems, but that doesn’t stop it from delving into issues of white privilege, colonialism, casual racism and the conflict between the West and the Arab world.

But it doesn’t let anybody off the hook. When the film begins, married couple David and Jo Henninger (Fiennes and Chastain) are making their way from Casablanca to a lavish villa in the High Atlas Mountains, where their friend Richard is throwing a lavish weekend bash for a select group of well-heeled friends. If David and Jo were ever a passionate and loving couple, those days are clearly in the past, replaced by a quiet disdain that lurks behind every comment. 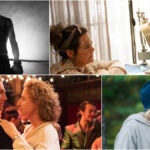 “Why am I thinking highly functioning alcoholic?” asks Jo.

“I always thought the highly functioning part should cancel out the alcoholic part,” he says with a shrug — though he’s hardly functioning when he gets behind the wheel in his usual state of intoxication, gets lost and then accidentally hits and kills a teenage boy who steps onto the dirt road, ostensibly to sell fossils to the rich tourists.

No sooner has this happened than the film cuts away to the party David and Jo are trying to reach. McDonagh, whose black sense of humor lurks well below the surface in “The Forgiven,” is messing with us: He sets up the plight of his protagonists, then veers off and forces us to endure a soiree for dissolute rich folks, where everybody seems bored and nobody’s having any fun.

Richard, the host (Matt Smith), is a gay Brit who seems vaguely bemused by and vaguely blasé about the idea of throwing a big party in his fortified enclave in the wilds of Morocco; Dally, his partner (Caleb Landry Jones), is an American who seems to compensate for the disdain that the Europeans feel for him by defaulting to a transgressive decadence designed to amuse himself and offend as many other people as possible. 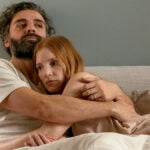 This is not what you’d call a fun group, and the casual contempt they seem to feel for the Moroccans who wait on them is matched by the unspoken contempt the North Africans feel for these idle rich twits.

When David and Jo finally arrive, they fit right in. Richard warns them that when the police arrive to investigate the boy’s death, they’ll need to cooperate “and seem overwhelmingly contrite.” He pauses. “We can do that, can’t we?”

David sighs. “If it’s absolutely necessary,” he says. Later, he’s even blunter with Jo. “I hate to say it,” he says, “but the kid is a nobody.”

But he has to face not only the police, but the nobody’s father, Abdellah (Ismael Kanater), who insists that David accompany him back to his village to bury the boy. Is it a custom, as the father insists, or a shakedown, or something more sinister? David doesn’t know, but he puts on his white suit complete with pocket square, fills an envelope with 1,000 Euro and heads off with Abdellah, while the party continues in his absence.

In fact, the partiers pick up steam in his absence — especially Jo, who responds to her husband’s absence by doing more drugs and more flirting and then more than that. While David is learning that the dead boy’s father is far from the country rube he was expecting to buy off with an envelope of cash. 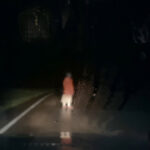 In a way, “The Forgiven” sinks into its chronicle of appalling behavior; if it can get wearying to a viewer, it’s clear that the appalling folks are pretty fed up with themselves, too, though not to the point where any of them really want to change. Fortunately, McDonagh has the right people to find nuance in roles that could feel caricatured: Fiennes and Chastain could locate the humanity in a stone but could also leave us feeling ambivalent about a saint, and they manage to find rich nuance in sly insults, in screaming fits and in everything in between.

The notion of forgiveness takes on greater import as the film goes on, but the characters are on very different paths — toward the end, David seems ready to accept some responsibility, while Jo’s the one who snaps, “That’s all in the past — the important thing is now, isn’t it?”

But she’s wrong: The past is important too. Dark and unsettling, “The Forgiven” doesn’t ask us to like its characters, but it forces us to watch as privilege begins to shatter and people for whom everything feels inconsequential have to deal with consequences.