Commander MacKenzie (played by Jason Butler Harner) finally showed his face on the third episode of the fifth season of The Handmaid’s Tale after teasing his appearance in the trailer for the latest instalment of the popular drama. The actor used his character’s debut to fire a warning on social media to his nemesis June (Elizabeth Moss).

Jason Butler Harner posted an eerie photo of himself posing on an armchair next to his on-screen partner Mrs MacKenzie (Amy Landecker) and announced himself to viewers.

The new addition has only been referred to by name thus far, but in an Instagram post, he gave an idea as to what is in store for viewers.

To his 16,000 followers, he captioned his threatening photo: “So now you know. The Mackenzies have returned to Gilead – and with our beautiful plum Agnes #LookOutJune.”

He added: “Thanks for welcoming me everybody. This cast is so much fun and so gd talented.” 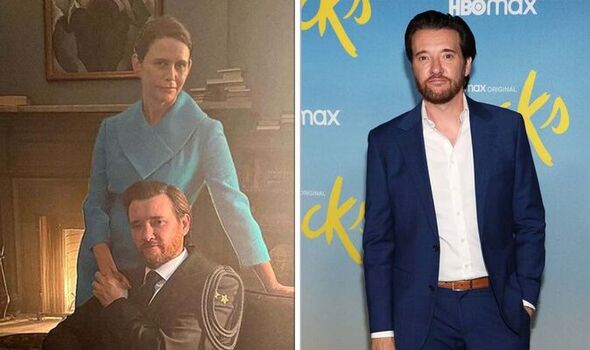 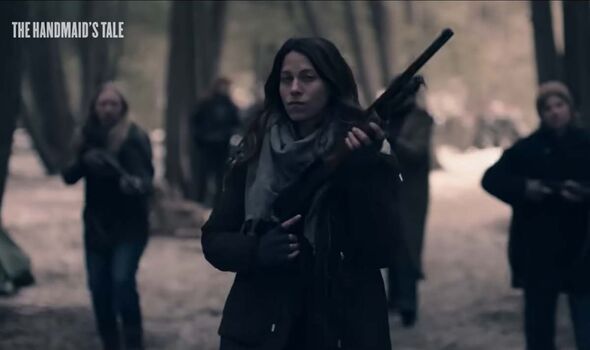 The star referred to the battle his character has for June’s daughter Hannah, who he renamed Agnes after forcibly adopting her.

Jason’s character is sure to play a vital role in the fifth season of The Handmaid’s Tale, which is only available on US screens at the moment.

Fellow stars and fans of the show praised the actor’s bold announcement and feared the torment the Commander will surely cause.

Amy Lendacker, who plays Mrs MacKenzie wrote: “My evil love!”, to which he replied: “Ha. You are the best.” 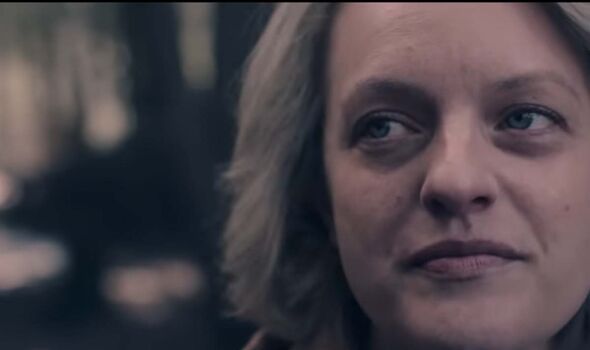 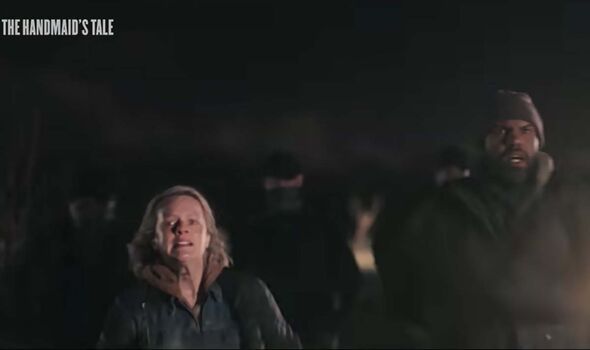 Actor Parminder Nagra wrote: “Amazing! cannot wait to see you on it !!”

Jopinionated added: “What a delight to see you on the show, Jason!”

This led to one fan writing: “Love you in this role! I feel like I shall hate him just as much as Roy in Ozark.”

Of the show’s success Hulu president Craig Erwich said: “Five years ago, almost to the day, The Handmaid’s Tale made history when it became the first show to win an Emmy for a streaming service.”

The Handmaid’s Tale will continue to run on Hulu for season five but will end after season six.

The hugely popular hit will be followed by another adaptation from Margaret Atwood, called The Testaments.

Bruce Miller, the show’s creator, said in a statement: “It has been a true honour to tell the story of Margaret Atwood’s groundbreaking novel and chillingly relevant world, and we are thrilled to bring viewers a sixth and final season of The Handmaid’s Tale.”

The Handmaid’s Tale season 5 continues every Wednesday on Hulu in the USA. A UK release date hasn’t been announced.