The Handmaid’s Tale season three is drawing to an end on Hulu with just two episodes left to broadcast on the streaming platform. The promo for the next episode hints at what will be in store for June Osborne (played by Elisabeth Moss) as she delves deeper into her plan to get the children of Gilead out of the republic. The clip also hints that Fred Waterford (Joseph Fiennes) will be punished for his crimes.

What will happen in The Handmaid’s Tale season 3, episode 12?

WARNING: This article contains spoilers for The Handmaid’s Tale season 3.

The Handmaid’s Tale season three, episode 12 will be released on Hulu next Wednesday (August 7).

The penultimate episode of the third series will pick up where we left off in Gilead as June recovers from killing Commander Winslow (Christopher Meloni).

June has been building up her plan to try and help the children born in the republic to escape to Canada over the past few episodes.

The grocery shop seems to be where most of this season’s plotting has taken place and this promo seems to show that episode 12 will be no different.

The trailer opens with June’s former martha in the Waterford household Rita (Amanda Brugel) telling her she wants to help.

WHAT HAPPENED IN EPISODE 11? 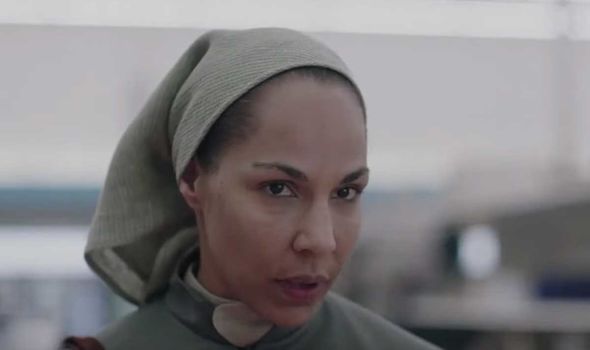 The clip opens on Rita approaching June in the shop over the potatoes and saying: “I heard what the marthas are planning – I want in.”

Rita and June have always had a special bond in the series, which was developed when the latter was the handmaid in the Waterford household.

Rita also references what has happened to Serena Joy (Yvonne Strahovski) as viewers saw her frame her husband Fred in episode 11.

Serena led Fred into Canada under the guise of trying to rescue June’s daughter Nichole but when the pair crossed the border, he was arrested for war crimes.

“Serena left – she was nice to me when she said goodbye,” Rita continues, recalling their emotional goodbye in the previous episode.

June replies: “She’s only nice when she’s up to something.”

WILL THERE BE A SEASON FOUR? 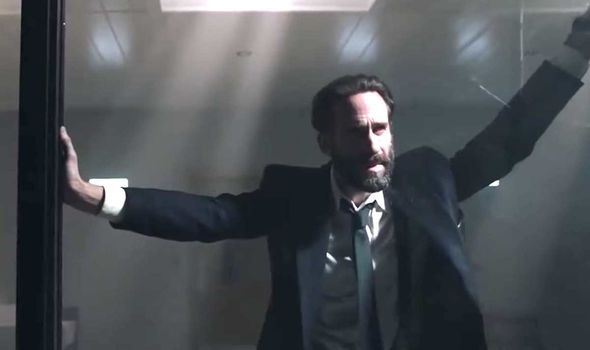 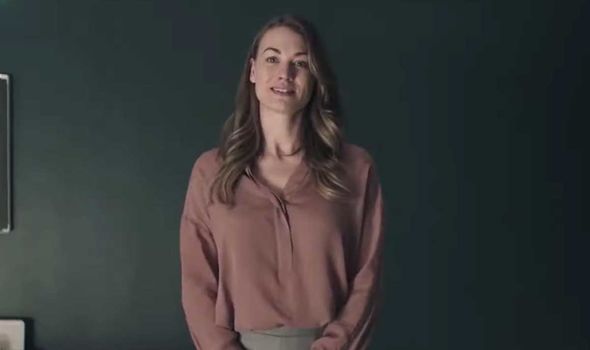 As viewers will remember, June and Serena’s relationship has had some tough moments during series three as they progressed from potential allies to enemies in their dramatic Washington DC confrontation.

The clip then cuts to Serena trying to explain herself to Fred while he is in his prison cell.

“Please try to understand,” a tearful Serena pleads with Fred but a reconciliation between the pair does seem likely as he rebuffs her.

One of the most exciting reveals of the promo is the promise we will see Luke (O T Fagbenle) and Fred interact in Canada in the next episode.

Canada has not appeared much in the last few episodes so viewers have been in the dark over Luke’s, Emily’s (Alexis Bledel) and Moira’s (Samira Wiley) progress.

WHAT IS THE MEANING BEHIND THE MOUTH RINGS IN SEASON 3? 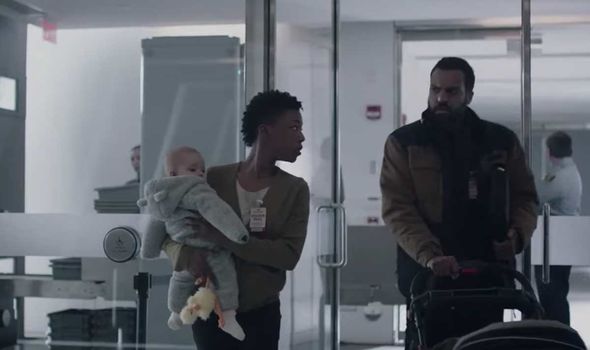 There are glimpses of them in the trailer as well as some of Serena and Mark Tuello (Sam Jaeger), who helped her flee to Canada.

“You are going to rot in this jail, knowing that your wife betrayed you,” Luke tells Fred.

The speech is overlaid with clips of June loading a gun as she seems to be preparing for the upcoming fight.