The Harder They Fall might be about to finally drop on Netflix but the star-studded cast are already sharing ideas for a prequel.

The Western flick, which turns the tables on the traditional genre, follows Nat Love (Jonathan) as he seeks revenge on infamous outlaw Rufus Buck (Idris), who killed both of his parents when he was a child.

What ensues is almost two-and-a-half hours of blistering action and battles, leaving us desperate for more.

Speaking to Metro.co.uk and other press ahead of the release, Regina – who starred as Treacherous Trudy – made it clear that we’re not the only ones.

When asked if she wanted to return to her character in the future, she said: ‘I would be more keen to a prequel. Just because I told James, “Rufus and Trudy don’t get to do enough together!” 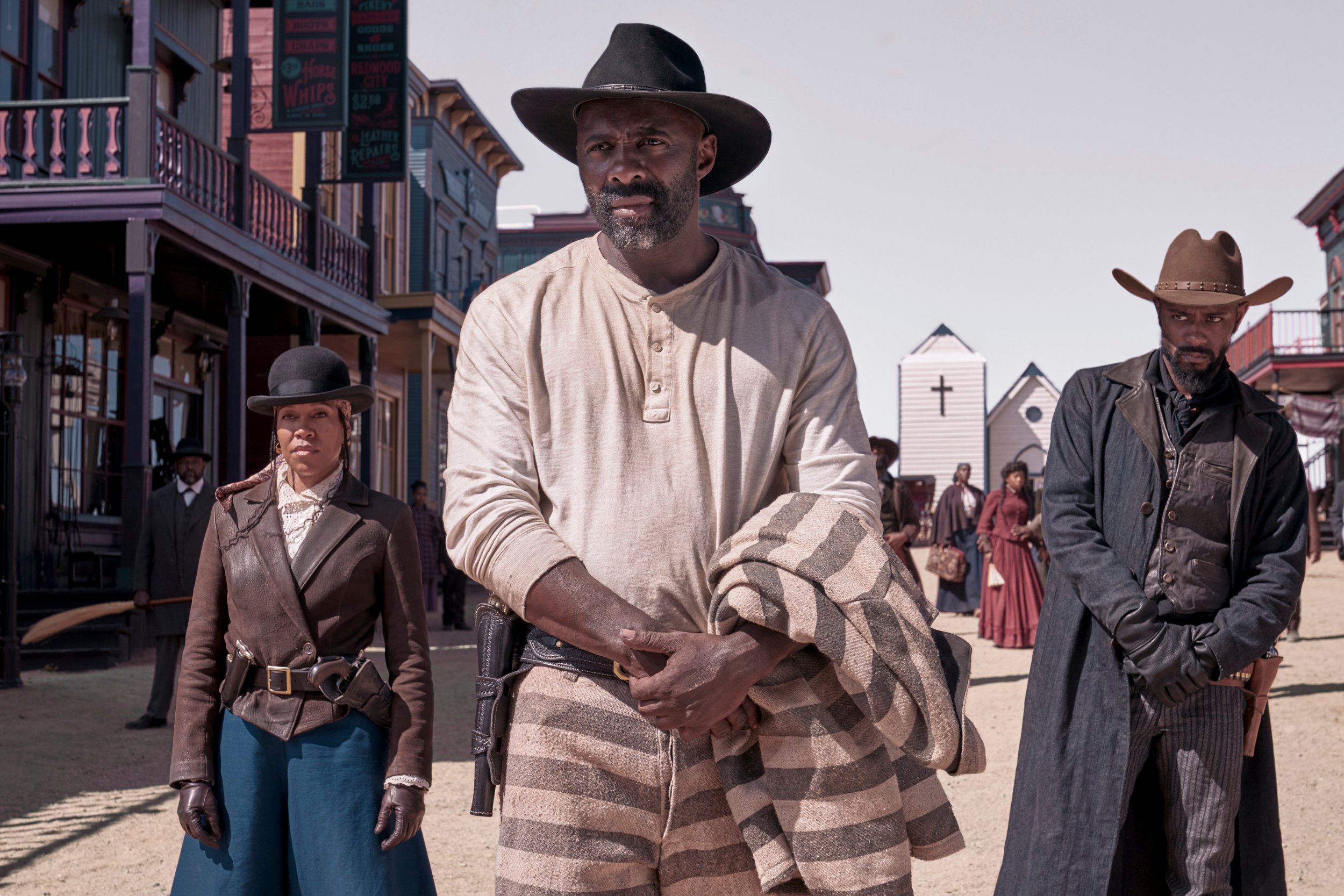 ‘This is the first time Idris and I have got an opportunity to work together in like 15 years. It’s crazy, we have grown children now! It’d be cool to see a prequel.

‘Especially a lot of the things that Lakeith, Idris and I would discuss about where we came from, how we became the Rufus Buck gang. I think that could be interesting to see.’

Idris was quick to agree, and continued: ‘Definitely, I’d like to see a prequel. But that said, I think Nat Love is such an interesting character as well. A sequel taking his story and unpacking that might be interesting.’

The film’s opening scene shows the execution of Nat Love’s parents, with his quest for revenge picking up in a church immediately after the opening titles.

Jonathan reflected on the scenes as he touched on where else Nat’s journey could go, and explained how much he would love a possible prequel on his character’s efforts.

‘I’m so glad you spoke to that because one of the things James Samuel and I discussed was that the scene in the church has got to feel like the end of the movie,’ he told us.

‘We’ve got to feel like we’ve completely ended something in order for there to be a journey.

‘I think what James has done is he built this incredible world, this Western world where everything can exist. I too would be interested in exploring who Nat Love was before he got into that church.

‘There’s Mary (Zazie Beetz), there’s clearly so much about Mary that we don’t experience and that’s the idea of the prequel, and then the sequel would be, “Okay, what’s going to happen now?”’

A question we can’t wait to get the answer to.

The Harder They Fall is in select cinemas now, and will be available to stream on Netflix worldwide from November 3.