Adding to its arsenal of incognito reality competitions, Fox on Sunday treated audiences to the series premiere of The Masked Dancer. Hosted by Craig Robinson and featuring judges Ken Jeong, Paula Abdul, Brian Austin Green and Ashley Tisdale, the new series topped the night in non-sports fare, delivering a 1.3 rating in the adults 18-49 demographic and 4.12 million viewers. The numbers will likely be adjusted in finals due to NFL overrun.

Fox said the debut ranks as this fall season’s No. 1 series debut in adults 18-49, topping its own I Can See Your Voice. The series’ flagship show, The Masked Singer, will make its time-period premiere January 6.

NBC’s Sunday Night Football (3.8, 14.66M) won the night overall as the Green Bay Packers trampled the Tennessee Titans 40-14. The early Nielsen Live+Same Day numbers rep a big boost in both the demo and audience from last week’s Cleveland Browns-New York Giants matchup. Like all live sporting events, the numbers for last night’s game are subject to adjustments in finals.

On CBS, 60 Minutes (0.7, 6.71M) dropped in the demo week over week, leading into a slate of NCIS repeats. The CW started the night with a rerun of Penn and Teller: Fool Us and was followed by a new episode of The Outpost (0.0, 330,000), which dropped in the demo but maintained its viewership. 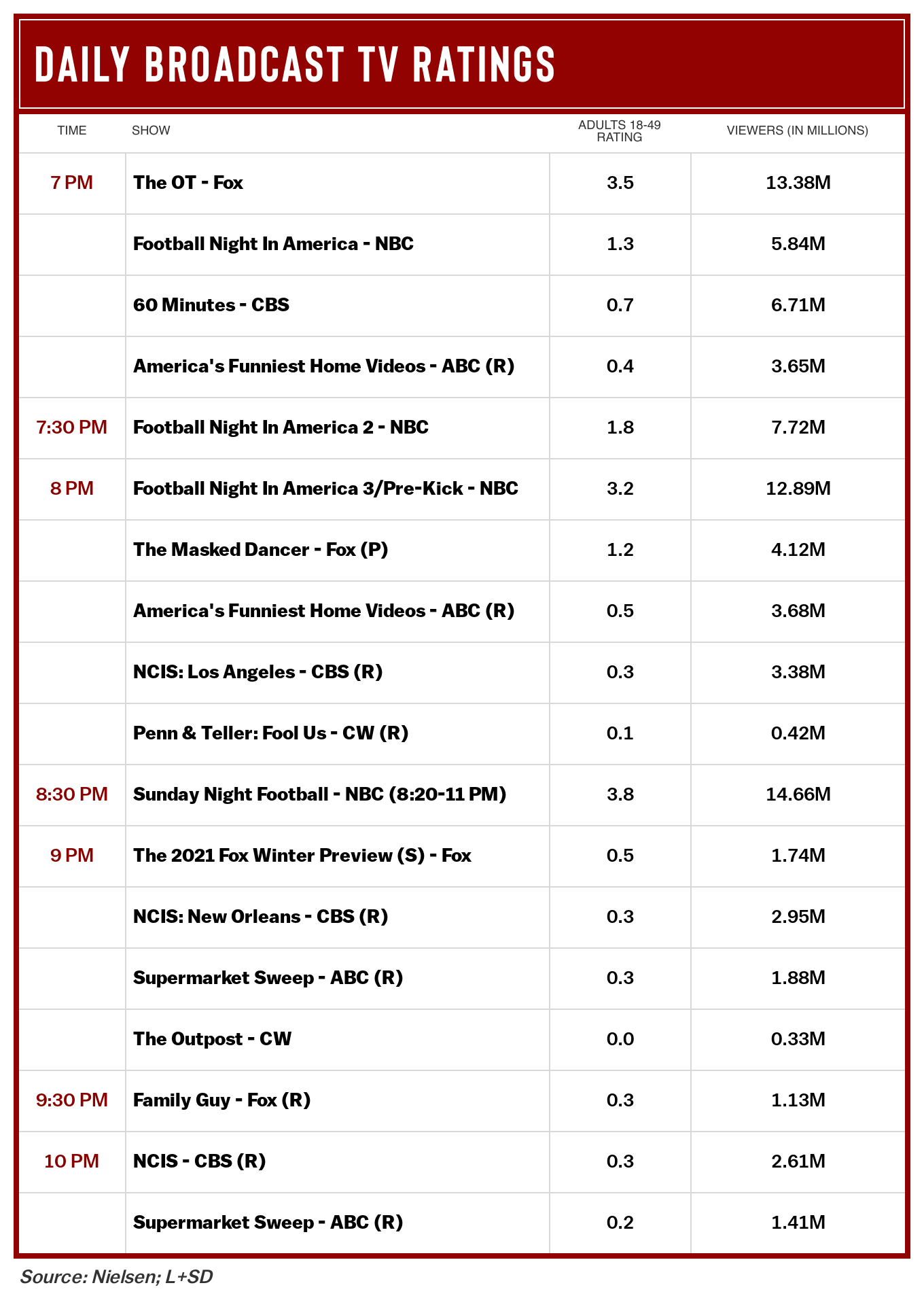