The Masked Singer returned after taking last week off with a two-hour edition that easily topped Wednesday’s primetime ratings. The uber-popular incognito singing competition delivered a 1.6 in the adults 18-49 demographic and 6.36 million viewers, holding fairy steady with its last fresh episode.

NBC was filled with Yuletide cheer on Wednesday with the 88th annual Christmas in Rockefeller Center special (1.1, 7.11M), netting the night’s largest audience. It was followed by holiday high kicks from the Rockettes in the Radio City Christmas Spectacular (0.8, 4.96M).

SEAL Team (0.5, 4.10M for both hours) had its two-hour Season 4 premiere at CBS (with a shocking departure of a series regular). Its Nielsen Live+Same Day numbers were down from the drama’s Season 3 average and on par with its demo low in February. Meanwhile, The Amazing Race (0.7, 4.16M) managed to tick up. 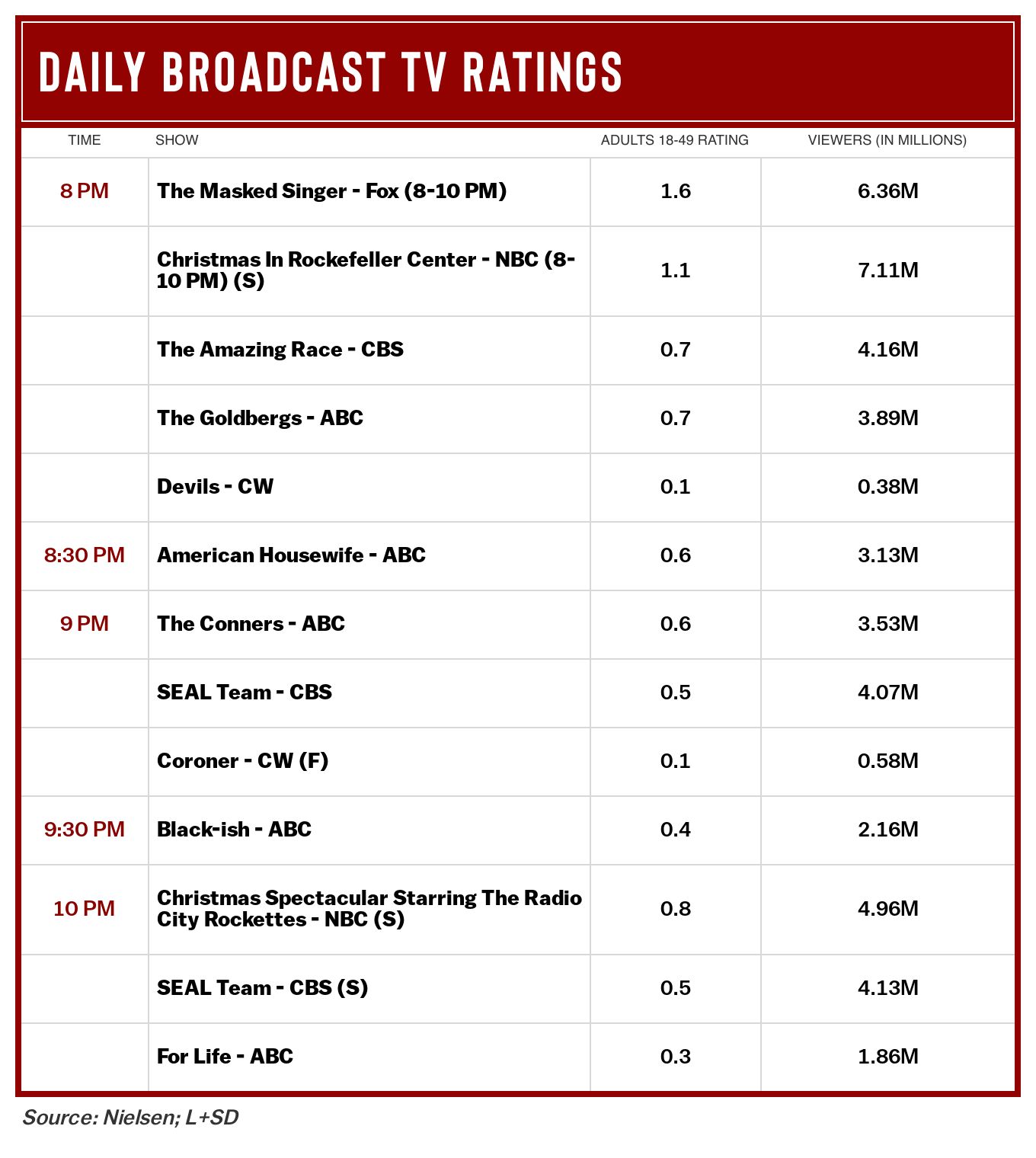