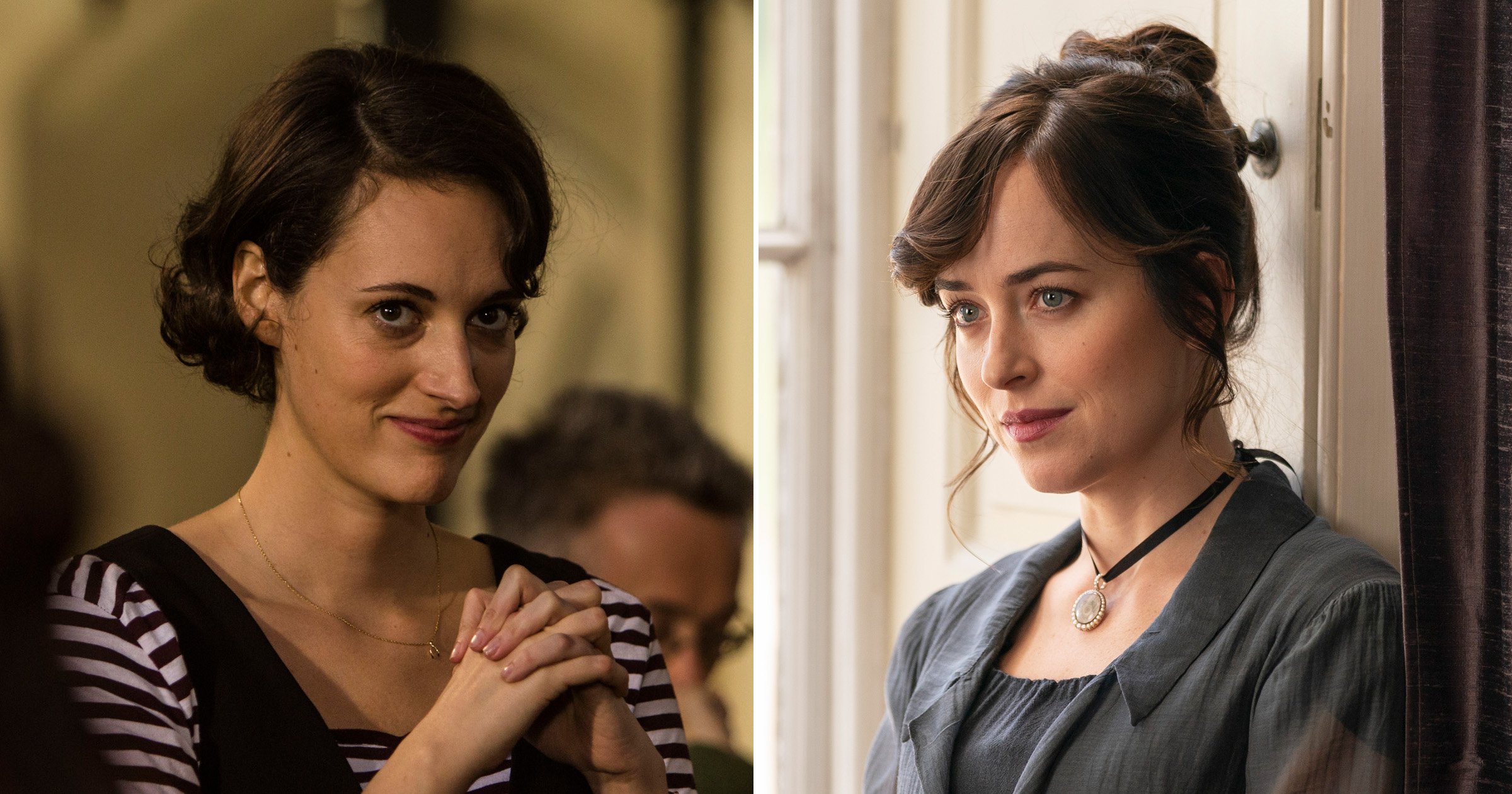 The trailer for Netflix’s adaptation of Persuasion starring Dakota Johnson dropped this week and fans of Jane Austen were a little surprised by what they saw.

Alongside setting up the slow-burning central love story between Anne Elliot (Johnson) and Captain Frederick Wentworth (Cosmo Jarvis), there was a distinct and unexpected air of arch friskiness that had people dusting off those Fleabag comparisons once more.

Now, although comparing anything female-centric and funny to Fleabag is hardly new (see: I Hate Suzie, Catastrophe, anything by Michaela Coel) – and often isn’t that accurate anyway – ‘Fleagency’ is not quite what fans anticipated for the latest screen version of this 1817 novel, directed by Carrie Cracknell from a screenplay by Rain Man’s Ron Bass and newcomer Alice Victoria Winslow.

‘Why is Dakota Johnson acting like she’s auditioning for an American remake of Fleabag in the Persuasion trailer?’ tweeted one fan, while another lamented that ‘the Fleabag-ification of Persuasion is the saddest thing I’ve seen.’

Some were here for a helping of ‘period Fleabag’ though, with one Austenite pointing out: ‘Things can’t be earnest and romantic AND funny and modernised? Y’all haven’t seen Fleabag? Persuasion can be both and everyone discounting it just because it isn’t what you hoped for is annoying.’

It’s also worth trotting out the ol’ ‘never judge a film by its trailer’ adage too. I mean, yes, they are supposed to be highly successful marketing tools, targeting with ice-cold precision a production’s chosen demographic (hi) – but it’s also a highlights reel, where most studios still insist on shoehorning in every funny moment of the film, whether it flows or not.

Here, we had the throwaway admission from Anne’s ‘selfless’ sister over not having a clue as to her children’s whereabouts, the grim awkwardness of her exchange about ‘intact’ and ‘suitably appropriate’ hair with Wentworth and mouths smeared with jam.

Anne also knocked the contents of a gravy boat over her head and broke the fourth wall, addressing the audience directly with a terse and sarcastic ‘perfect’, which is the Phoebe Waller-Bridgiest of Fleabag moments thus far.

Yes, none of these things are exactly in the novel, and it is a little odd to see this ‘quirky’ vibe laced into a sweeping romantic story of wish fulfilment and a last chance at love. (The whole ‘firmly on the shelf’ thing at 27 I’ll save for another rant.) It doesn’t make it wrong or spoiled though. I’m happy to give it the benefit of the doubt to see how well these somewhat conflicting styles gel in the film for a chance at something fresh.

I will, however, concur with the naysayers that condensing Anne and Wentworth’s complicated, delicate and slightly tortured unexpressed love into the line ‘Now we’re worse than exes, we’re friends’ did make me dry heave.

That (glaring) lapse in dialogue aside though, people moaning that this new, unexpected energy and style ruins the mood of this melancholier Austen tale are being too hasty to dismiss an entire endeavour on a mere 154 seconds of footage.

In that trailer there are certainly glimpses of the longing at the centre of Persuasion’s love story. It cuts to Anne and Wentworth on the beach, in the woods and stealing glances at one another across both ballrooms and the dining table in what is a top tier Austen move.

Yes, some fans have also drawn similarities with Autumn de Wilde’s deliciously millennial 2020 adaptation of Emma starring Anya Taylor Joy, which was an excellent interpretation of a character known to be headstrong, rather self-involved and a terrible gossip.

Anne Elliot is a far gentler creature, quiet, in denial and trampled on by her hideous family. It appears Dakota Johnson is delivering a more robust interpretation of Austen’s spinster (her society’s word, not mine) – but it’s not a million miles away from what can be found in the pages of its source material either.

Austen is, famously, a great wit and can be deliciously bitchy – and it’s never been more evident than in Persuasion, the last novel she finished. The Elliot family (bar Anne) is skewered by its narrator, which in the film appears to be a role that Anne is assuming.

Finally, Jane Austen is hardly an author who has been under-adapted for the screen, with all of her works being made into multiple versions across the years. Persuasion is one of the slightly lesser-known novels (i.e. it’s not Pride and Prejudice), but it’s still been done before, and well.

Amanda Root and Ciarán Hinds took the lead roles in the 1995 BBC adaptation, while Sally Hawkins and Rupert Penry-Jones filled viewers’ hearts up to the brim for ITV in 2007.

If you’re going to merit yet another Austen adaptation, surely you should be doing something different? If viewers want by-the-book accuracy then they can read it again or look to those past adaptations.

Persuasion will be available to stream on Netflix from July 15.