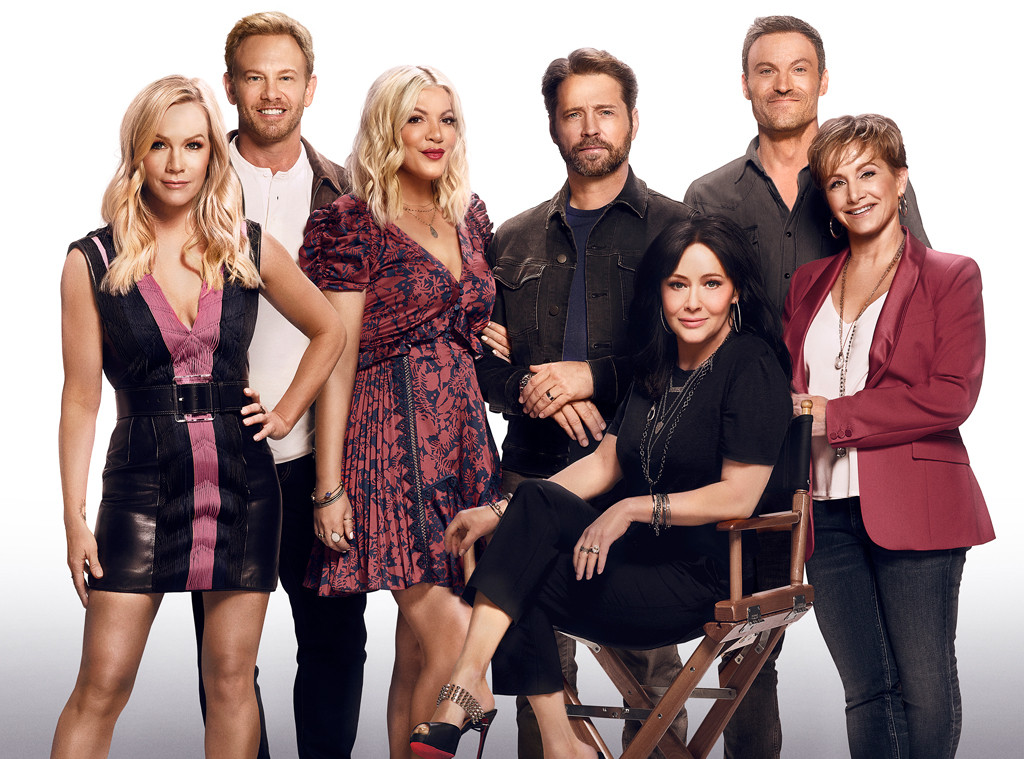 The nostalgia has never been more real.

With BH90210, the sort of Beverly Hills, 90210 revival right around the corner, Fox has released the new opening credits, complete with the iconic theme song, that will make you feel.

Starring Jennie Garth, Ian Ziering, Tori Spelling, Jason Priestley, Shannen Doherty, Brian Austin Green and Gabrielle Carteris, the six-episode scripted event series features the Beverly Hills, 90210 veterans as themselves as they try to mount a revival of their 1990s hit primetime soap. This time, the credits are in alphabetical order, so viewers aren’t confused this is a true ensemble series. See them below.

Garth and Spelling conceived the series with Chris Alberghini and Mike Chessler. All four are executive producers alongside Paul Sciarrotta, Carteris, Doherty, Green, Priestley and Ziering.

The new show ignores The CW’s 90210 reboot and follows the stars, who went their separate ways after the original series ended nearly 20 years ago. Now, the Beverly Hills, 90210 stars are back together to get a reboot up and running. However, the reunion is anything but peaceful as the actors contend with old romances, friends and frenemies while attempting to get the show off the ground.

The cast is playing fictionalized versions of themselves, with other famous faces rounding out the cast as their spouses. Other cast members include Carol Potter, Christine Elise McCarthy, La La Anthony, Vanessa Lachey, Ivan Sergei and Denise Richards.