The Peru Two – Michaella McCollum and Melissa Reid – will feature in BBC One’s latest five-part series. High: Confessions of an Ibiza Drug Mule will tell the story of a pair who were arrested in Peru in August 2013. They had attempted to smuggle more than £1million worth of cocaine in their suitcases – but where are they now?

Who are Michaella McCollum and Melissa Reid?

The Peru Two was the collective name given to two women, who were 20 at the time, and were arrested on suspicion of drug smuggling.

McCollum was from Northern Ireland and Reid from Scotland, and the pair were caught at Jorge Chávez International Airport on August 6, 2013.

They were arrested after their luggage was found to have contained 11kg of cocaine.

The pair had both said they had been forced to smuggle the drugs by an armed gang, but later admitted to the charge.

In December 2014 they were both sentenced to six years and eight months in Ancon 2 prison in Lima. 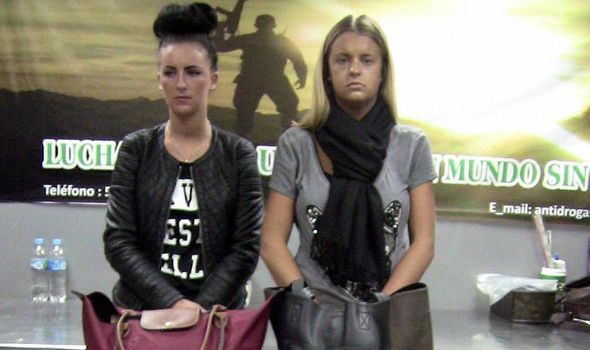 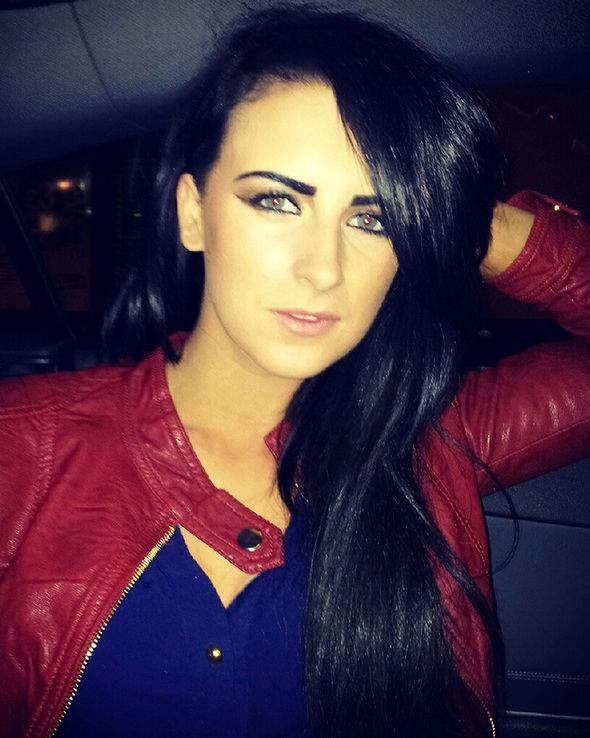 Whilst in prison, they trained as beauty therapists with the hope of becoming hair stylists.

In 2016 McCollum applied to be freed on parole so she could return to the UK, and was released in March of that year.

She had been told she may have to remain in Peru for up to six years but was able to return home.

In April 2016, Reid was also expelled from Peru and she was returned home in June of that year.

The pair have already featured in a Channel 4 documentary called Brits Behind Bars: Cocaine Smugglers. 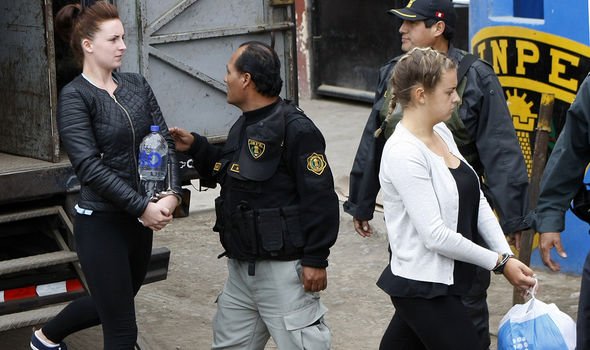 McCollum has since written a book, titled You’ll Never See Daylight Again, about her experience.

The BBC’s five-part series will see McCollum tell her story of her time in prison and how she was able to get an early release.

McCollum’s friends and family will also give personal accounts through interviews.

The synopsis says: “Told in her own words, McCollum recounts the extraordinary story of how she became infamous worldwide as one half of the Peru Two.

“From how she was recruited as a cartel drugs mule and came to be arrested, tried and jailed in one of the most notorious maximum security prisons in Peru, to the even more extraordinary story of how she got herself out again.” 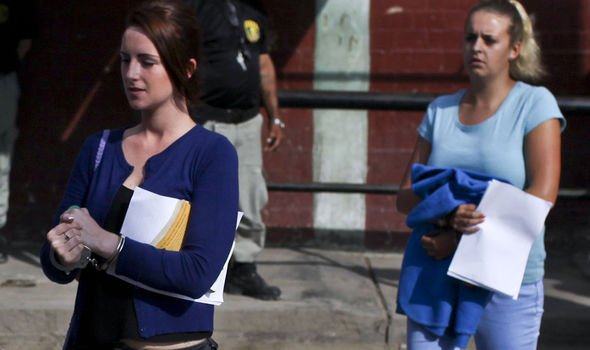 At this stage there is no knowing whether Reid is directly involved in the new series.

All of the episodes will be available on BBC iPlayer from July 4, with the series starting on BBC One on July 5.

An extraction from McCollum’s book says: “Was I guilty? Yes. Did I know what I was doing? Sort of. Was I hung out to dry by a bunch of gangsters and the Peruvian justice system? Absolutely.

“So why did I do it? Why did I jeopardise everything and bring untold heartache to my adored family for a few easy quid?”

She explained how she booked a “one-way ticket out” of her hometown to escape complicated relationships.

She said she was introduced to a drug dealer who offered her a job to bring drugs from Ibiza to Peru.

She claimed she was supposed to be heading for Barcelona, but there was a last-minute change of plan and she was sent to Peru.

McCollum added: “People will have their own opinions of me for everything that’s happened, and what I’m going to admit now is only going to give them more fuel.

“But the sorry truth is I had no idea where Peru was. No clue. I thought it was another Spanish town.”

She met Reid on her journey to Peru and they both got separate flights to Lima, to pick up the drugs.

The Peru Two starts on BBC One on July 5 and will be on BBC iPlayer on July 4.