THE SHOW | The Good Fight

THE PERFORMANCE | The ketamine-fueled high that Diane Lockhart has enjoyed for most of The Good Fight‘s sixth and final season was shattered in this week’s penultimate episode, and Baranski seized the opportunity to send her buttoned-up character off the deep end.

Upon learning that gay marriage was the next item on the conservative Supreme Court’s hit list, Diane hit the bar at Frank Landau’s memorial service and submerged her depression in whiskey. She then took her buzz back to the commemoration and proceeded to deliver a raucous — albeit brief — eulogy that, in Baranski’s deft hands, doubled as a comedic masterclass.

After kicking things off with a solemn, graceful, “Hello, here we all are,” Diane did an abrupt pivot, turning her tribute into a takedown. “We came to bury Frank Landau, not to praise him — and it looks like we’re going to bury the Democratic party instead,” Diane bellowed, Baranski gradually cranked up her alter ego’s alcohol-addled anger dial with each passing syllable, before delivering the home run of a kicker: “Because let’s face it folks — we’re f–ked.”

After fleeing the podium, her fury only intensified. As Diane began rattling off the laundry list of the Democratic party’s missed opportunities to Chumhum founder Neil Gross, Baranski laced her disillusioned character’s dialogue with genuine pain and frustration. When the dark clouds later parted, giving way to a glimmer of hope, the Emmy winner infused Diane’s brightening expression and lighter pitch with palpable longing.

Baranski wrapped up her hour-long tour-de-force on a heartbreaking note when Diane tearfully yet resolutely informed her NRA-loving hubby Kurt (Gary Cole) that she was leaving him because, at the end of the day, “our beliefs are seriously not aligned.”

There’s still one more Good Fight episode left, but we’re gonna prematurely declare that Baranski — and by extension, Diane — went out with a bang. 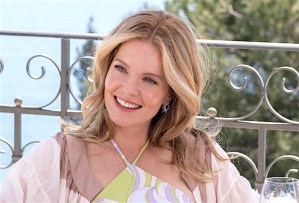 HONORABLE MENTION | The White Lotus specializes in churning out fresh variations of painfully oblivious rich people, and Season 2 has a great one in chipper wife Daphne, played to smiley perfection by Meghann Fahy. Daphne is happily married and very wealthy and just can’t understand why everyone isn’t enjoying life as much as she is. Her awkward breakfast with the cynical Harper was a masterclass in how blinding privilege can be, with Daphne merrily laughing off Harper’s worries about the grim state of the world. (She’s pretty sure she voted, though.) Daphne did earnestly try to understand Harper, though, with Fahy employing a few sympathetic grimaces before falling back on Daphne’s sunny grin. We also loved how her eyes lit up talking about morbid true crime TV — and Ted Lasso! It’d be easy to hate Daphne, but Fahy’s subtly layered performance has already made her one of our favorite guests. 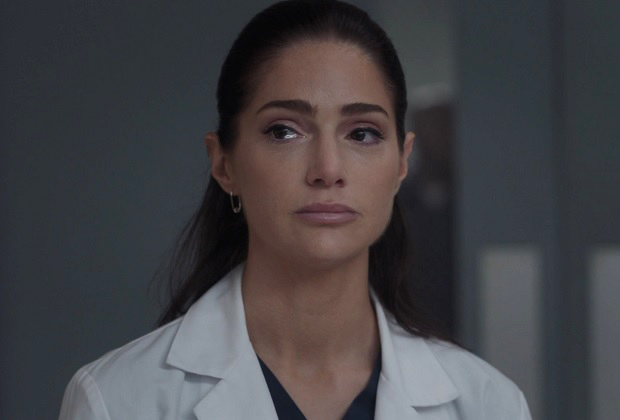 HONORABLE MENTION | On this week’s New Amsterdam, Janet Montgomery‘s performance was filled with both anger and gentle vulnerability as her character Dr. Lauren Bloom dealt with the news that the Supreme Court had overturned Roe v. Wade. When Dr. Reynolds questioned why Lauren hadn’t told him that she had gotten pregnant during their relationship and had an abortion, Montgomery’s voice erupted in frustration and disappointment: “We’re not talking about my abortion, are we? No, we’re talking about how you feel about my abortion,” Lauren argued. Then when Lauren opened up to a group of prospective medical students about her two abortions, Montgomery was achingly unguarded during the sensitive moment. Although those were difficult times for her, the decision was clear, Lauren said, and it was also clear just how much care Montgomery brought to Lauren’s confession. 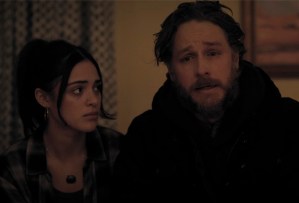 HONORABLE MENTION | We’re pretty sure Josh Dallas will need to see a chiropractor for back pain after Manifest’s Season 4 premiere because he carried. As our cashmere sweater-loving hero navigated truly awful circumstances — the murder of his wife Grace, daughter Eden’s kidnapping and son Cal returning five years older after a mysterious disappearance — portrayer Dallas made sure we felt the pain and desperation Ben experienced throughout this episode. And we must give the actor major props for emoting through that hefty beard, which took up serious real estate on his face. Ben began the season at his lowest point: a man broken by trauma but still clasping onto the tiniest thread of hope which has allowed him to endure. It’s an inspiring message, and a compelling journey we look forward to following for the rest of the season.

Which performance(s) knocked your socks off this week? Tell us in Comments!