The Voice kept its grip on Monday primetime steady, leading the way as the highest-rated program for the second consecutive week. The Voice earned a 0.9 rating in the 18-49 demo and 6.66 million viewers, per fast affiliates.

Tying for second were Dancing With the Stars on ABC and 9-1-1 on Fox. The two-hour DWTS episode (0.8, 5.16M) bid farewell to Martin Kove and Britt Stewart, who were the first couple to get the boot. Safe from the chopping block were Christine Chiu and Pasha Pashkov. Amanda Kloots and Alan Bernsten scored the top score of the evening, earning 32 out of 40 points.

9-1-1 was also stable on Monday, slipping less than 2% in viewers from its premiere and retaining its demo rating.

Earning the most viewers on Monday was the latest episode of NCIS (0.7, 7.79M). Following The Neighborhood and Bob Hearts Abishola, NCIS gave CBS a significant bump viewers-wise. Both NCIS and NCIS: Hawai’i (0.5, 5.39M) were stable in demo ratings, but slightly down in viewership from their premieres last week.

Of the primetime newcomers, NCIS: Hawai’i was the most stable from its premiere. The Big Leap (0.2, 1.48M) couldn’t quite grand jeté up from its premiere, slipping by one tenth in demo rating and rising just a smidge in viewership by just under 1%. Over at NBC, Ordinary Joe (0.4, 2.66M) followed a similar trend, falling from its premiere (0.5, 3.81M).

At the 10 p.m. hour ABC welcomed back Dr. Shaun Murphy for The Good Doctor‘s Season 5 premiere. The ABC medical drama’s season premiere (0.6, 4.58M) was pretty stable in comparison to its Season 4 premiere in November 2020. 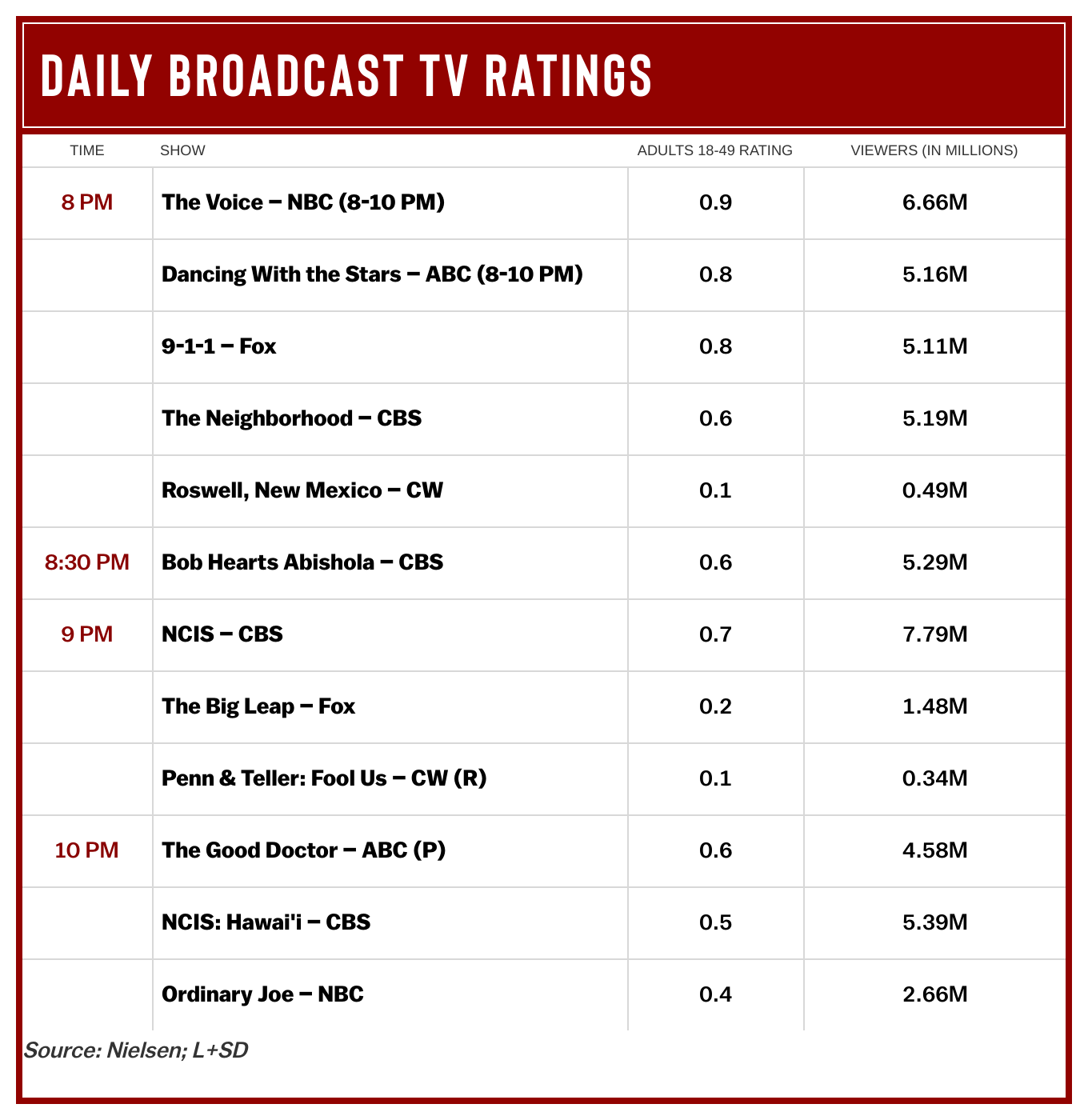