The Walking Dead is returning this year for its tenth season on AMC, and a lot more detail is going to be given on the show’s antagonist.

After a decade-worth of villains roaming the post-apocalyptic wastelands, the show’s creators have certainly become a lot more creative in crafting the horrific humans that have been taking on Rick Grimes (played by Andrew Lincoln) and his group of survivors.

Season nine’s inclusion of Alpha (Samantha Morton) was no different. As the leader of the Whisperers, Alpha dons a walker’s face to keep herself and others safe from the undead.

Speaking on the Talking Dead’s season 10 preview special, Angela revealed: “We’ll get to see some interesting stuff about how that relationship between the two of them turned into what it is, so I’m excited for the fans to see that.”

Beta has been used as a loaded gun so far by the Whisperers – a heavy-hitter to pull out in times of need – but with the news that he may have something more to him and the relationship he has with Alpha, he may become an even larger character in the coming seasons.

Alpha star Samantha also teased fans will get to know more about the villain.

“In Season 10, I’m most excited for the fans to see Alpha’s humanity,” she divulged.

“And understanding a little bit more about what are the Whisperers, why they behave the way they behave.”

So far in the show Alpha hasn’t been one to show off her emotions or her humanity, so the news that she will be bringing a lot more of that to her character will be a welcome sight for fans of the femme fatale. 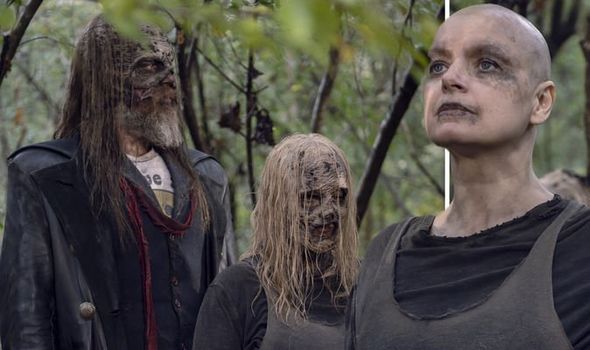 In Season 10, I’m most excited for the fans to see Alpha’s humanity

Samantha continued: “We’ve already seen this within the entire show, I think, but how the apocalypse affects some people one way and other people another way, and how primal instincts can take over individuals.

She added she thinks it’s “important” viewers get to see how the group survived from a “female perspective”, especially after Rick was the protagonist for so long.

“And with Alpha being this female villain,” she added. “It’s interesting to explore.”

It comes after it was revealed fans can expect to see more of Negan (Jeffrey Dean Morgan) after he saved young Judith Grimes in the season nine finale.

He teased: “It’s gonna be a really busy year for Negan. He’s been allowed to have a little bit of freedom within the community, and that doesn’t mean a lot, other than the fact that if you think about the fact Negan has been in jail. Now he’s out, and he’s kind of amongst the community. 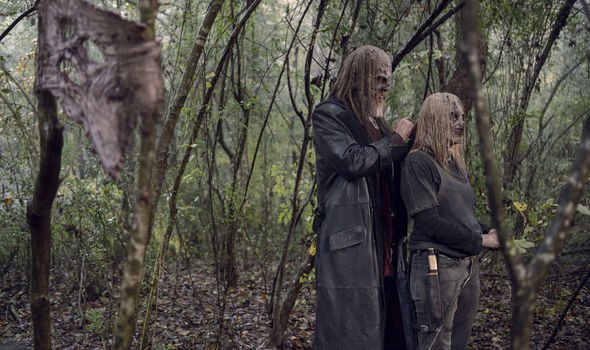 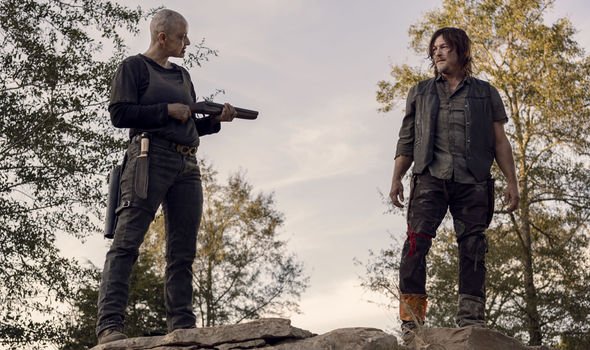 “Meanwhile he’s on lockdown at night, so he still sleeps in his jail cell, which I think he’s okay with. But yeah, he’s getting more and more freedom, and with that comes more interactions with some of our favourite actors on this show.”

With Rick long gone from the show, and Michonne (Danai Gurira) set to exit the show this year, Daryl Dixon (Norman Reedus) and Aaron (Ross Marquand) are the only real leaders of the group left.

But with Negan being given more freedom throughout the episodes, could he eventually be working his way back into a place of power once again?

Alpha is certainly a force to be reckoned with, so it may take a former dictator to take her down once and for all – but if the group takes on the practices of Negan and his horrific methods, will they ever be able to turn back?

The Walking Dead returns October 7 on FOX in the UK.