THIS Morning viewers were in hysterics today as they were convinced they'd spotted an unfortunate wardrobe malfunction.

Dermot O'Leary was trying out chair exercises on live TV – but had no idea his flies appeared to be undone. 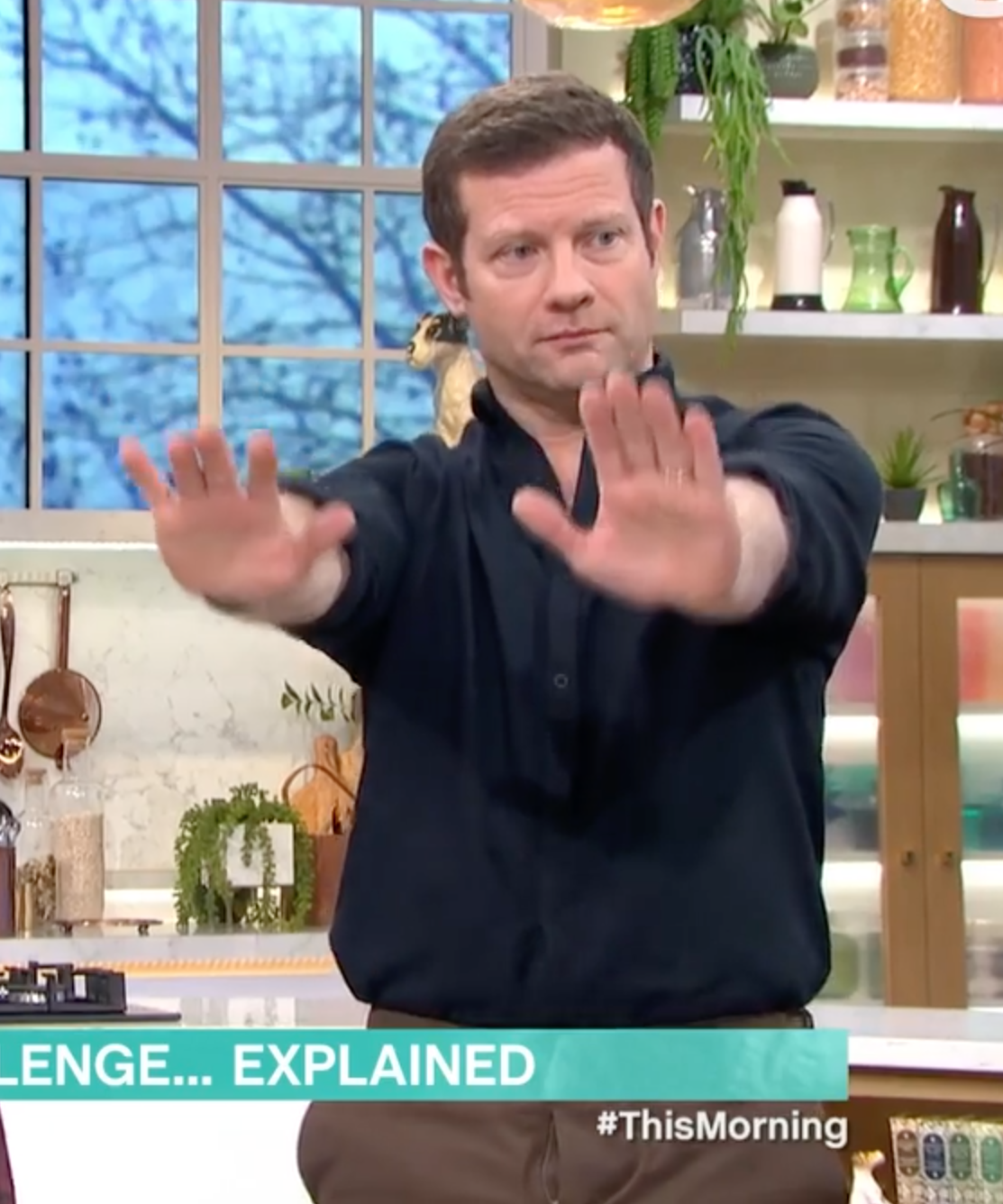 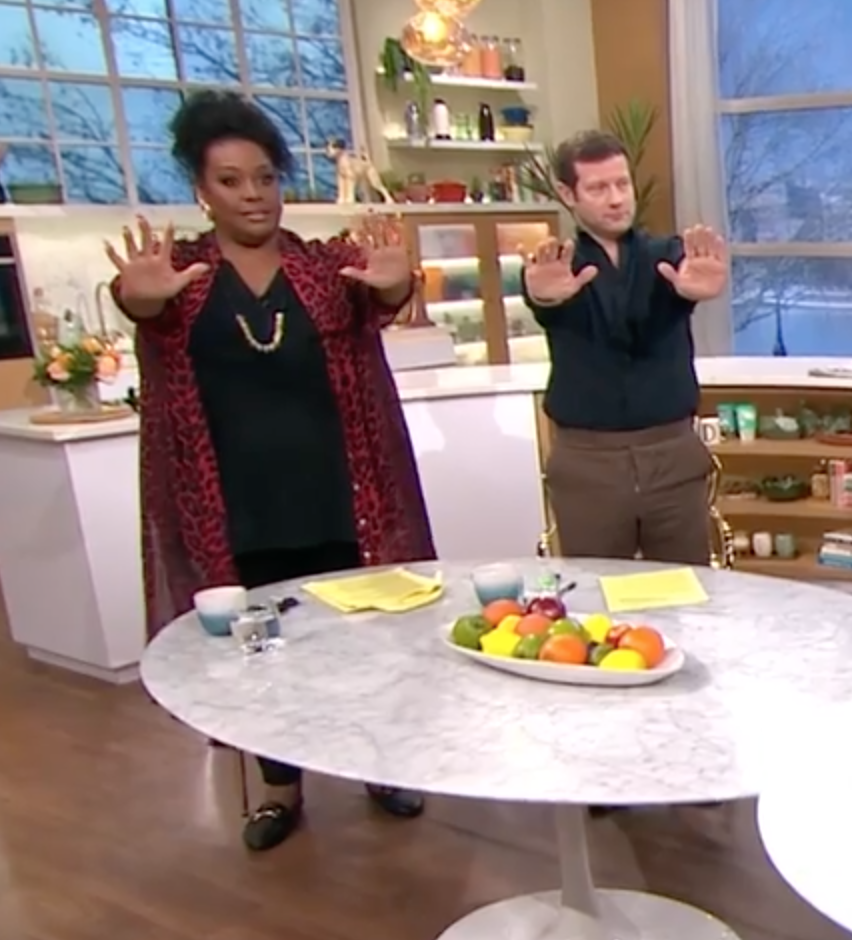 The TV presenter was following a doctor's advice about how to keep fit in the New Year – even when you're watching telly.

Dermot jumped at the chance to try it out, but accidentally revealed his trousers weren't properly zipped up.

One viewer said: "Poor Dermot with his flies undone doing chair exercises. Please someone tell him."

Another added: "Dermot ya flies are undone. Not that I was looking but doing the sit up and down was not that hard to miss."

Someone else said: "Dermot I think your fly is down lol."

Hinting he had been told about the embarrassing gaffe, Dermot was laughing as the show returned from its ad break. 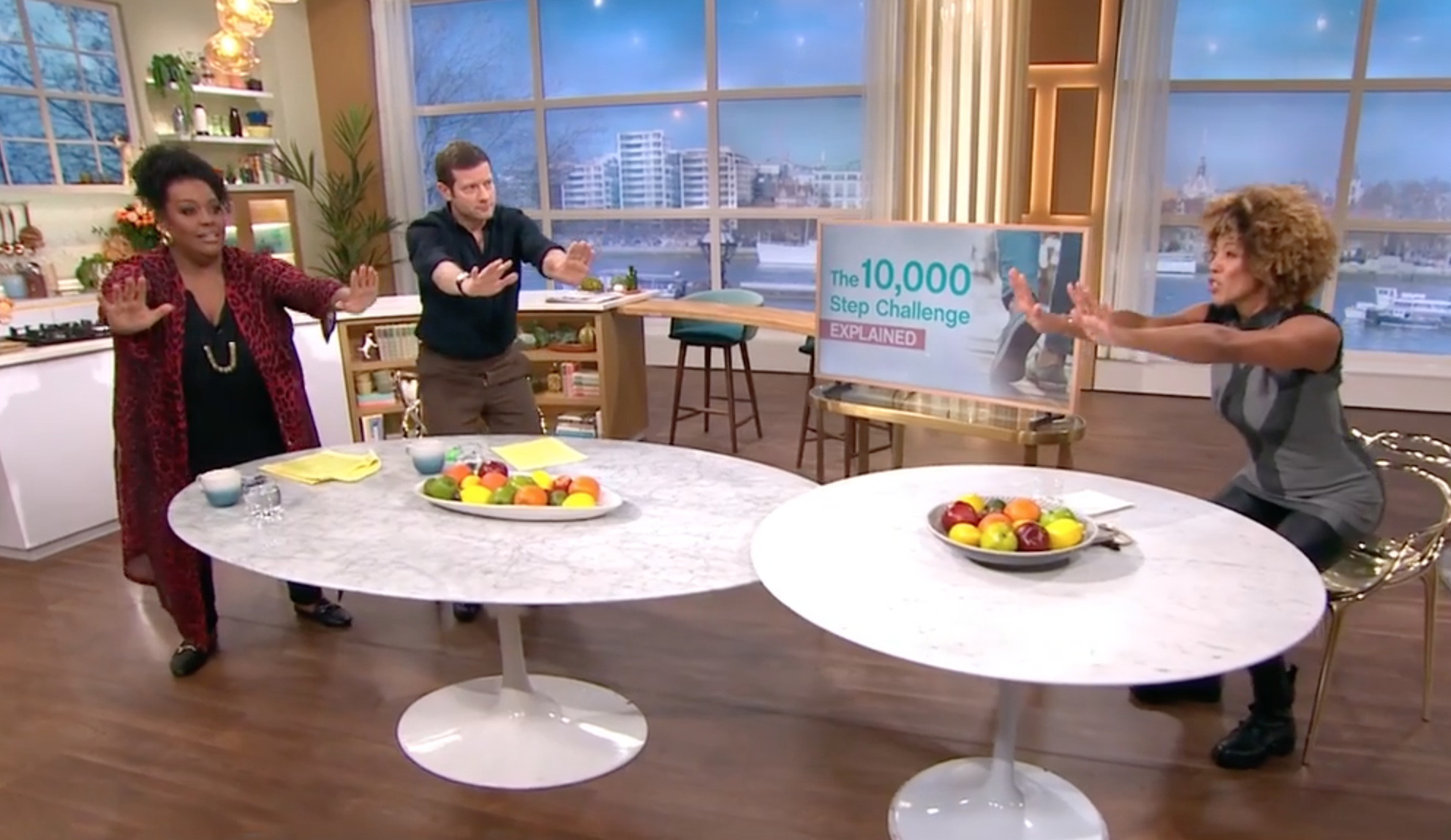 But when quizzed by his co-host Alison Hammond about what was so funny, Dermot said he couldn't talk about it on air.

The garment had Alison's face all over it, and she joked as she handed them over: "They might not be big enough! According to, er… speculation."

As well as the boxers, Alison gifted Dermot a mug with her face on and a doorbell.

With a large speaker attached, every time Dermot's doorbell rings, Alison's infamous laugh will be heard.

Dermot was thrilled and kept pressing the button in the studio, filling it with his co-hosts' giggles.

Viewers were loving the moment, with one writing on Twitter: "Aw, man! I love Alison and Dermot. I laughed the first 10 minutes more than I laughed all week." 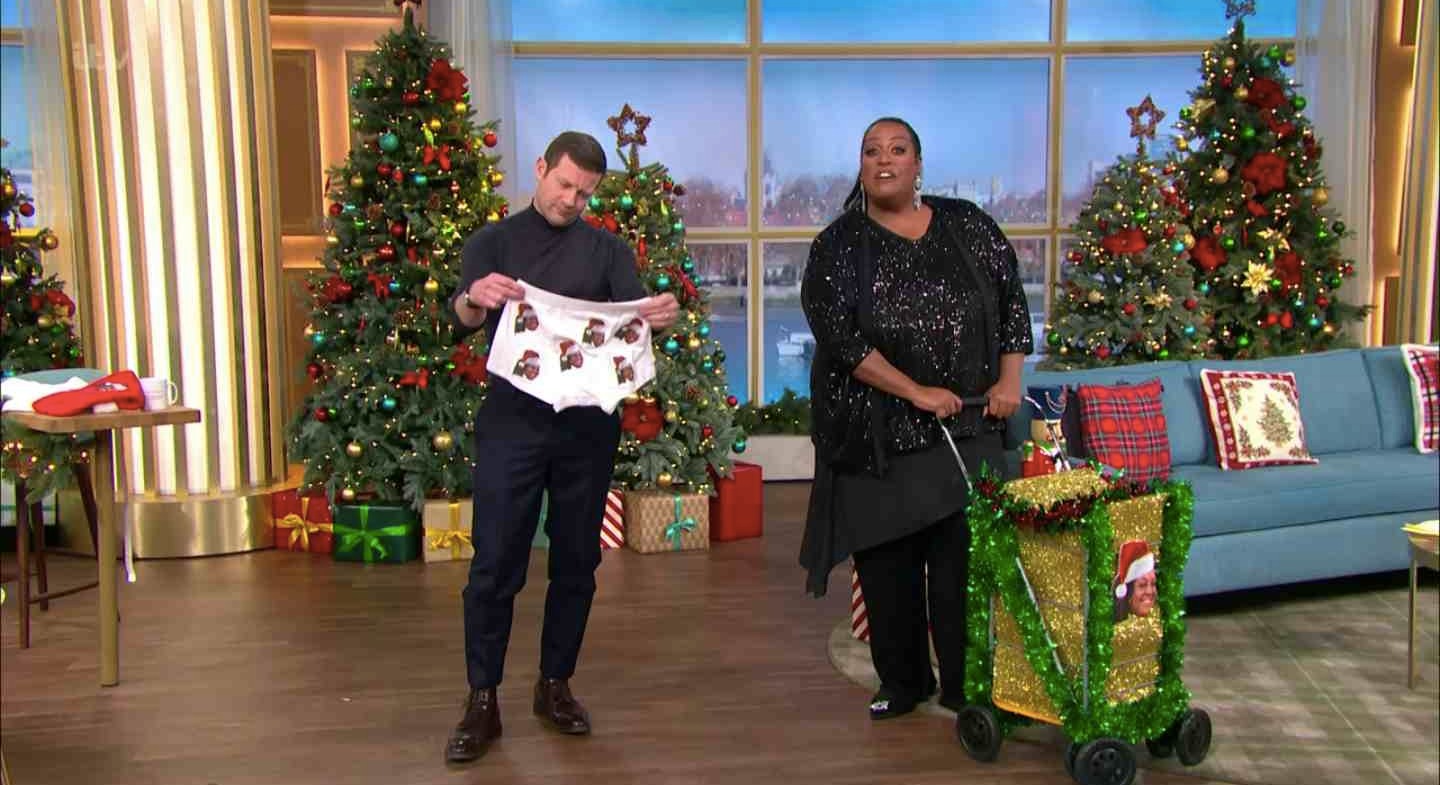 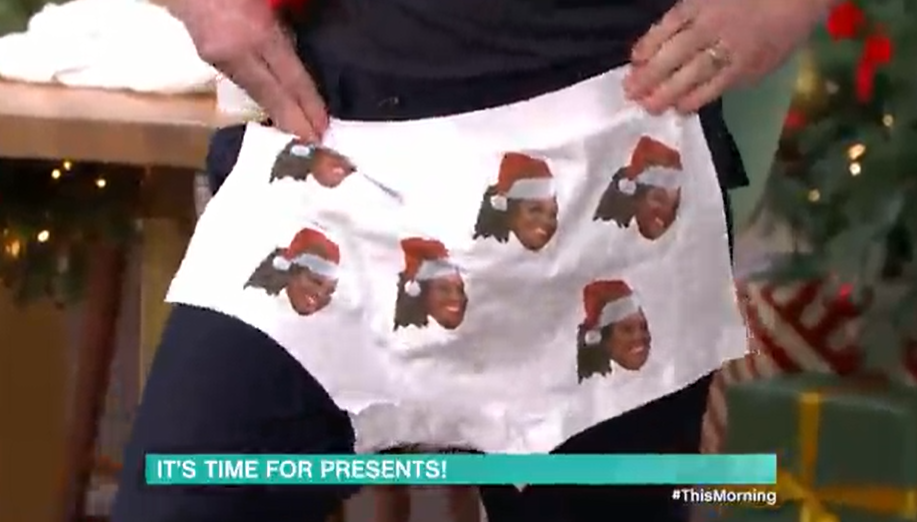