THIS Morning hosts Holly Willoughby and Phillip Schofield were left unimpressed with two mums who appeared on today’s show to boast about their stockpiling for Christmas.

Rachel Mardesden has already spent £2,500 on Christmas presents for her kids, while Pat Smith has been stockpiling crisps and treats. 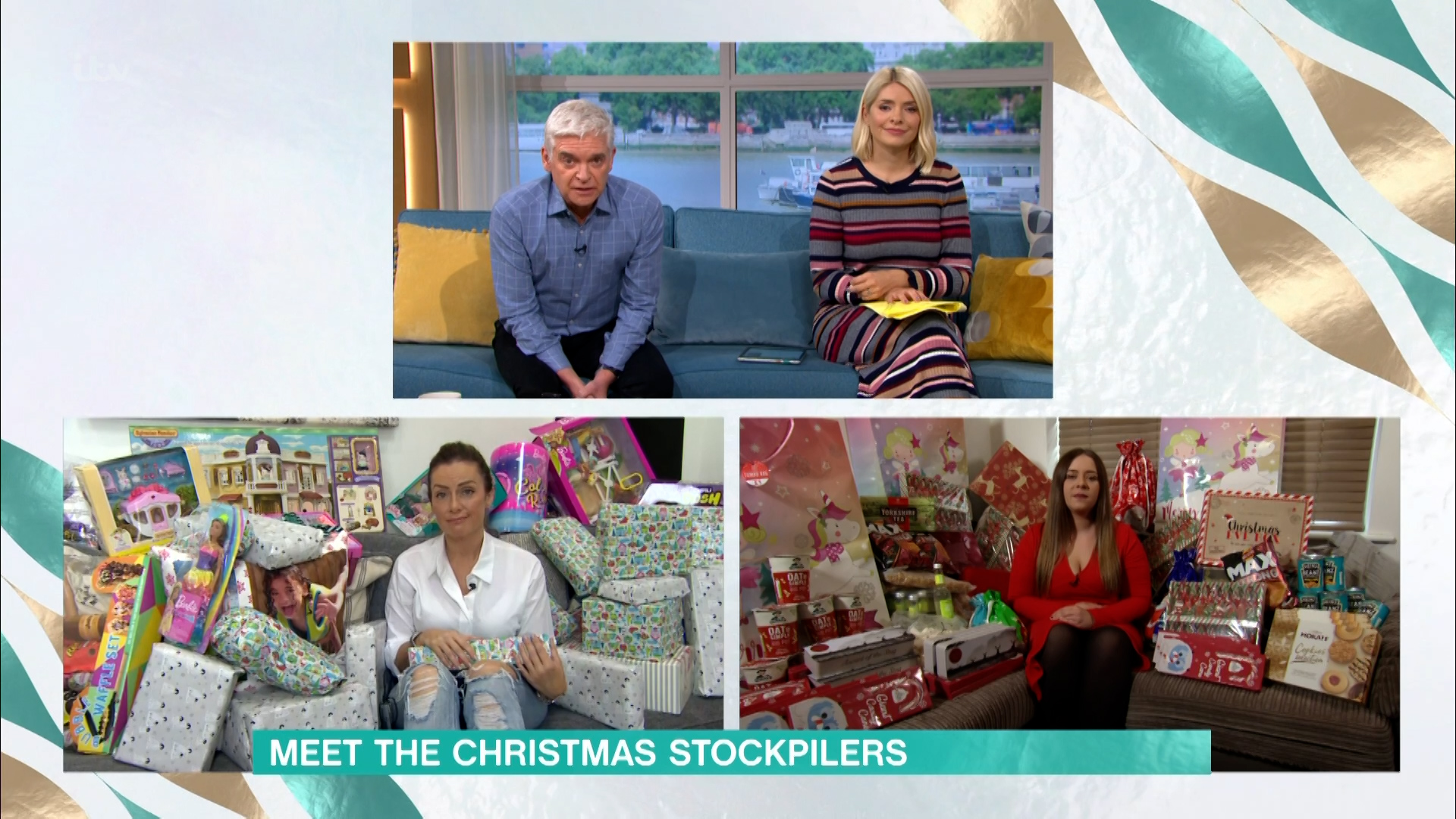 The pair admitted they had been left scared after last year and were concerned about a potential shortage of things.

But Phillips wasn’t so convinced and quizzed Rachel on her excessive present buying.

He asked her: “Is it all about presents? Is that essential?”

She argued:  “I am aware that it shouldn’t be all about gifts because not everyone can buy a large amount of gifts for their children.

“So I’ve booked things like Santas, days out and we all go for afternoon tea with the family  and then a massive Christmas dinner at my mums of Christmas Day, so I try to balance it out.”

“Isn’t what you are doing quite selfish. You are buying a shed load of stuff, probably more than you need and preventing other people who maybe just want to buy one or two presents from getting what they want?”

She replied: “I don’t think it’s selfish, it’s one day that I like to make really, really special.”

Next the hosts wanted to ask Pat about her haul and demanded to know if that was “essential” too.

She told him: “To us I would say yes. To me it is all about family.”

Phil fired back: “But is Christmas all about crisps?”

Those watching at home were just as baffled by the stockpiling and took to Twitter to moan about it.

One person wrote: “There's a woman on #ThisMorning who has already spent £2,500 on Christmas presents and you just know there is somebody at home who is worried that they  will not be able to pay for one present for their child.”

Another added:“We’re stockpiling for Christmas” it’s like the media want people to panic buy. Shame on #ThisMorning for adding to that with a segment on panic buying. Riots because of people going hungry is not going to be as fun as they think they will be.”