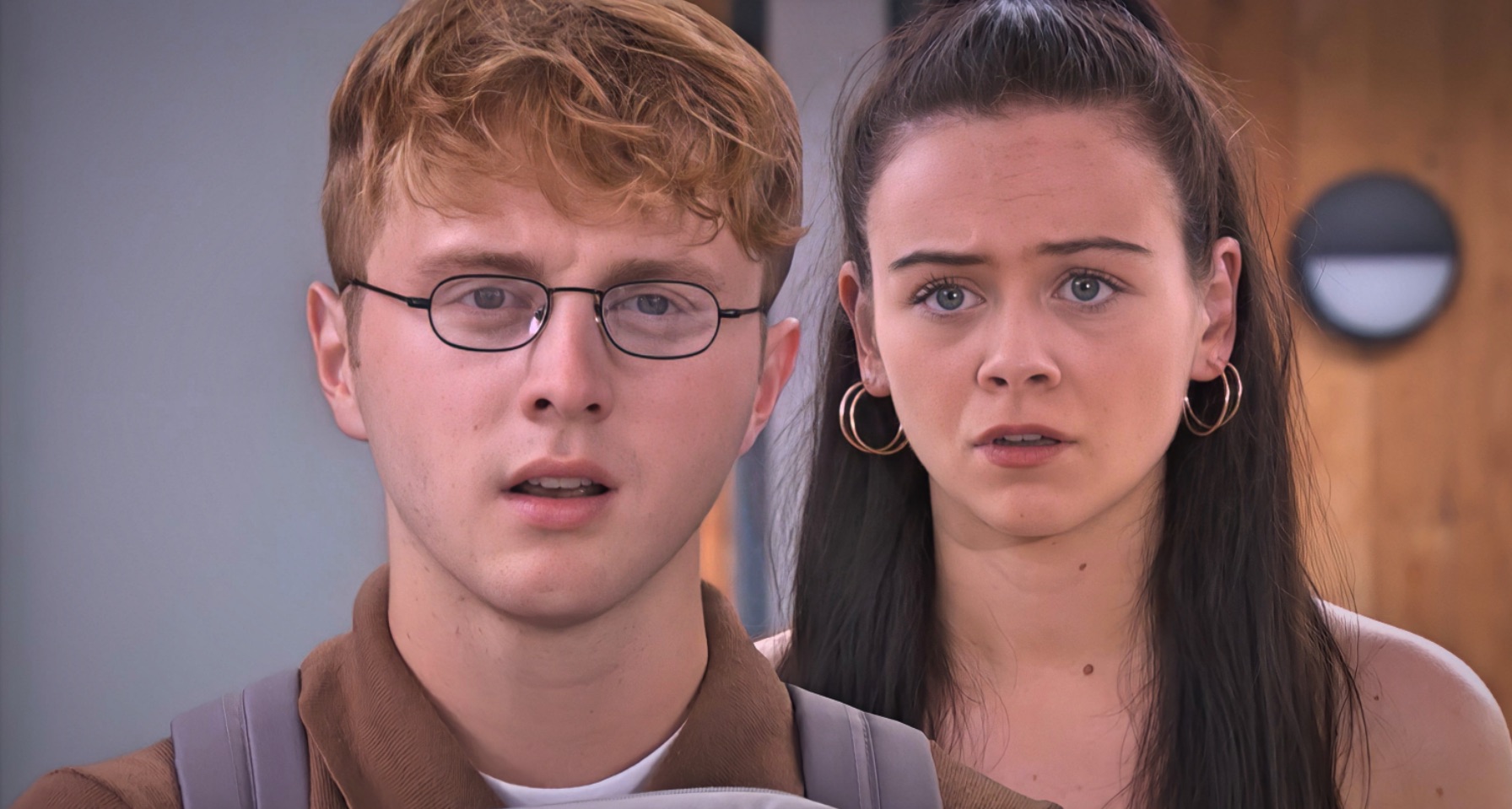 Timmy Simons (Sam Tutty) is on a mission to get rid of Juliet Nightingale (Niamh Blackshaw) in upcoming Hollyoaks scenes, but things become somewhat complicated after a discovery is made.

The computer wizard is desperate to win Peri Lomax’s (Ruby O’Donnell) affection, and therefore he uses his hand as an excuse to pay her a visit at the hospital.

Juliet, meanwhile, comes to realise that her girlfriend has a stalker, and after witnessing them together at the hospital, she puts two and two together, realising that it’s Timmy!

She makes an accusation, but will it be enough? Evidently not, but it’s enough to spook Timmy, who decides that drastic action is somewhat necessary.

Juliet comes to realise that someone has entered the Lomax household, and as she makes a call, Timmy pounces, pushing her down the stairs!

But such rash action leaves him worried that his secrets might be revealed, and therefore he’s forced to cover his tracks.

He pays Jules a visit in the hospital, and – realising that she might wake up and reveal all about what he’s done – he contemplates taking drastic action once more in order to eliminate her from the equation.

The question is: just what has he got planned? Is murder on the menu?

If so, will he kill Juliet?

We know that Timmy will do just about anything to get closer to Peri, and with Juliet out of the picture, doing so could be a lot easier. Let’s just hope he doesn’t succeed!

In the aftermath of this, a shock accusation is made, and Peri doesn’t know whether or not she should go to the police.

Timmy, meanwhile, frames someone else for a crime she didn’t commit.