THE Only Way Is Essex star Chloe Brockett has revealed she is having cosmetic surgery when filming on the current series finishes.

Chloe, 19, took to Instagram on Thursday evening and gave her 196,000 followers the chance to ask her anything they wanted. 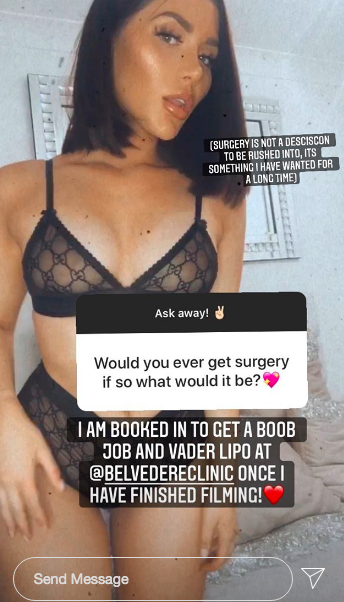 One fan asked: "Would you ever get surgery if so what would it be?" followed by a pink heart emoji.

Towie star Chloe was quick to respond and admitted: "I am booked in to get a boob job and vader lipo at @belvedereclinic once I have finished filming (sic)."

She then added: "Surgery is not a decision to be rushed into, it's something i have wanted for a long time."

Another follower asked Chloe who does her lips, to which she replied: "@bonitabeautybysammiet done my lips! I can't reccomened (sic) her enough." 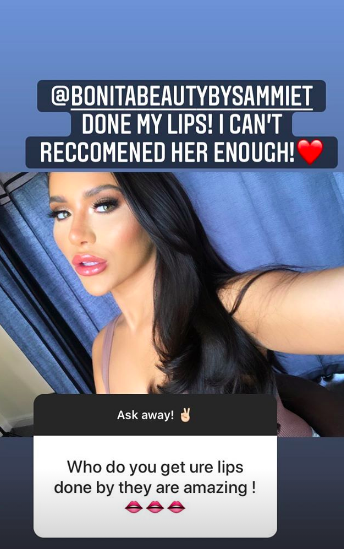 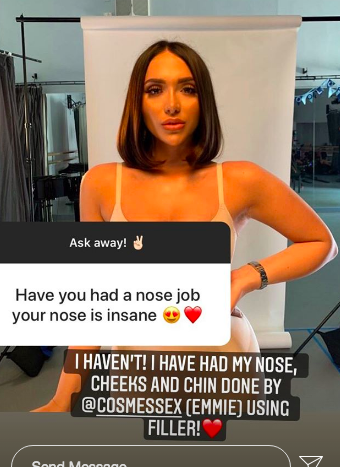 Chloe's question and answer session then took on somewhat of a surgery theme as someone else quizzed her: "Have you had a nose job your nose is insane."

"I haven't! I have had my nose, cheeks and chin done by @cosmessex (Emmie) using filler," she replied with a red heart emoji.

One of Chloe's other curious fans asked her how she managed to develop her confidence. 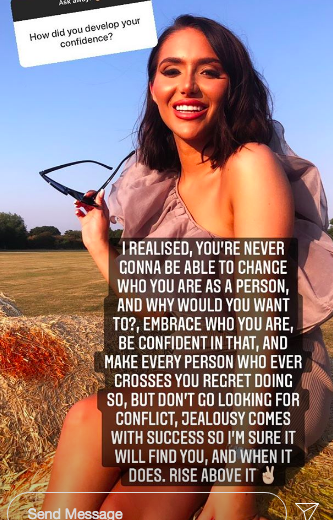 The brunette beauty gave a lengthy reply, which read: "I realised, you're never gonna be able to change who you are as a person, and why would you want to?

"Embrace who you are, be confident in that, and make every person who ever crosses you regret doing so, but don't go looking for conflict, jealousy comes with success so I'm sure it will find you, and when it does, rise above it."

Perhaps Chloe is referring to some of the drama she’s been experiencing on Towie recently. 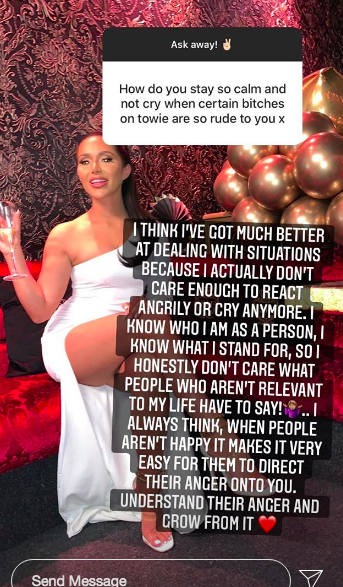 Speaking about how she deals with the confrontation and bitchy moments on the reality show, she said she doesn't care what people think of her.

"I think I've got much better at dealing with situations because I actually don't care enough to react angrily or cry anymore," she admitted. 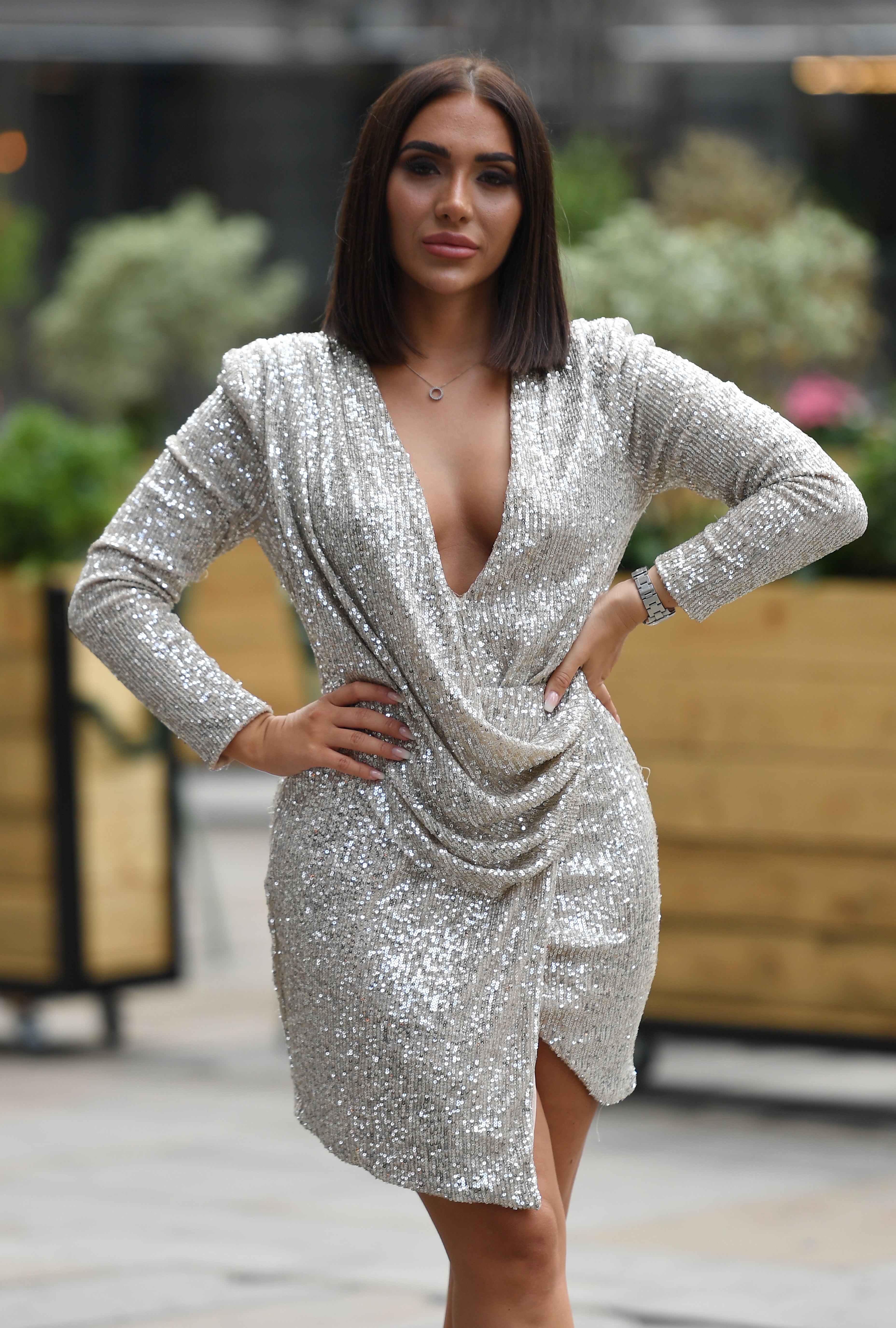 "I know who I am as a person, I know what I stand for, so I honestly don't care what people who aren't relevant to my life have to say!

"I always think when people aren't happy it makes it very easy for them to direct their anger onto you. Understand their anger and grow from it."