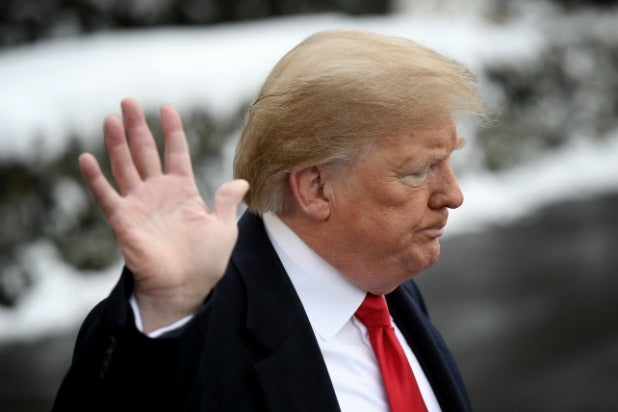 President Trump tore into Fox News in a series of tweets Sunday, slamming the conservative-leaning network for “loading up with Democrats” and forgetting “the people who got them there.”

“Watching @FoxNews weekend anchors is worse than watching low ratings Fake News @CNN, or Lyin’ Brian Williams…and the crew of degenerate Comcast (NBC/MSNBC) Trump haters, who do whatever Brian & Steve tell them to do,” the president wrote.

After commenting on the ratings of CNN and NBC, Trump dug into Fox News.

“But @FoxNews, who failed in getting the very BORING Dem debates, is now loading up with Democrats & even using Fake unsourced @nytimes a ‘source’ of information.” He added, “@FoxNews is changing fast, but they forgot the people who got them there!”

This wasn’t the first clash between Fox and the president. In May, Fox News senior political analyst Brit Hume was critical of Trump for calling out the network for hosting a town hall with Democratic presidential hopeful and South Bend, Indiana, Mayor Pete Buttigieg.

“Covering candidates of both parties is part of the job of a news channel,” the conservative analyst told the president.

Earlier in the day it was the New York Times that was the brunt of Trump’s wrath. He was not pleased with the outlet’s Saturday article titled “Hungry, Scared and Sick: Inside the Migrant Detention Center in Clint, Tex,” in which they report “outbreaks of scabies, shingles and chickenpox…spreading among the hundreds of children who were being held in cramped cells.”

The POTUS was active on the social media app, tweeting or retweeting more than a dozen times on topics from prescription drug prices and the U.S. Women’s Soccer Team winning the World Cup, to, stock indexes and, yes, The Wall.