A documentary collection of five “story behind the story” looks at compelling chapters from the world of sports doesn’t happen by accident. Particularly in a corner of the entertainment world driven by injecting drama into events in whatever sport happens to be on display, athletes are no stranger to the process of seeing how stories are written in real time.

So when the filmmaking duo of Maclain and Chapman Way set out to collect a handful of sports world reevaluations for the Netflix series “Untold,” they knew exactly what they were looking for in potential subjects. After an enlightening conversation with former tennis pro Mardy Fish — the main participant in “Breaking Point,” the volume’s last chapter — the Ways met with around 20 different former sports stars before honing in on the five that would come to make up “Untold.”

“We talked to a lot of athletes and looked at a lot of stories and I think the main criteria at the end of the day was that we need athletes who are willing to do warts-and-all storytelling — the good, the bad, and the ugly,” Chapman Way said. “You can pretty quickly weed out those who have an agenda or want to come off a certain way or want to be liked. That doesn’t always equal the most compelling narratives. As documentary filmmakers, to find athletes that were willing to be truthfully raw and vulnerable and open and authentic on camera is something that was very, very important to us.”

The Ways are no stranger to larger Netflix projects, having helped kick off the platform’s docuseries boom with their 2018 series “Wild Wild Country.” Of course, this was a project that required plenty of other collaborators besides the subjects themselves. Though the Ways directed two of the five “Untold” installments, the others — about the infamous 2004 Pacers-Pistons brawl, the life of Caitlyn Jenner on and off the track, and the life and career of boxing pioneer Christy Martin — were directed by a trio of filmmakers they sought out. 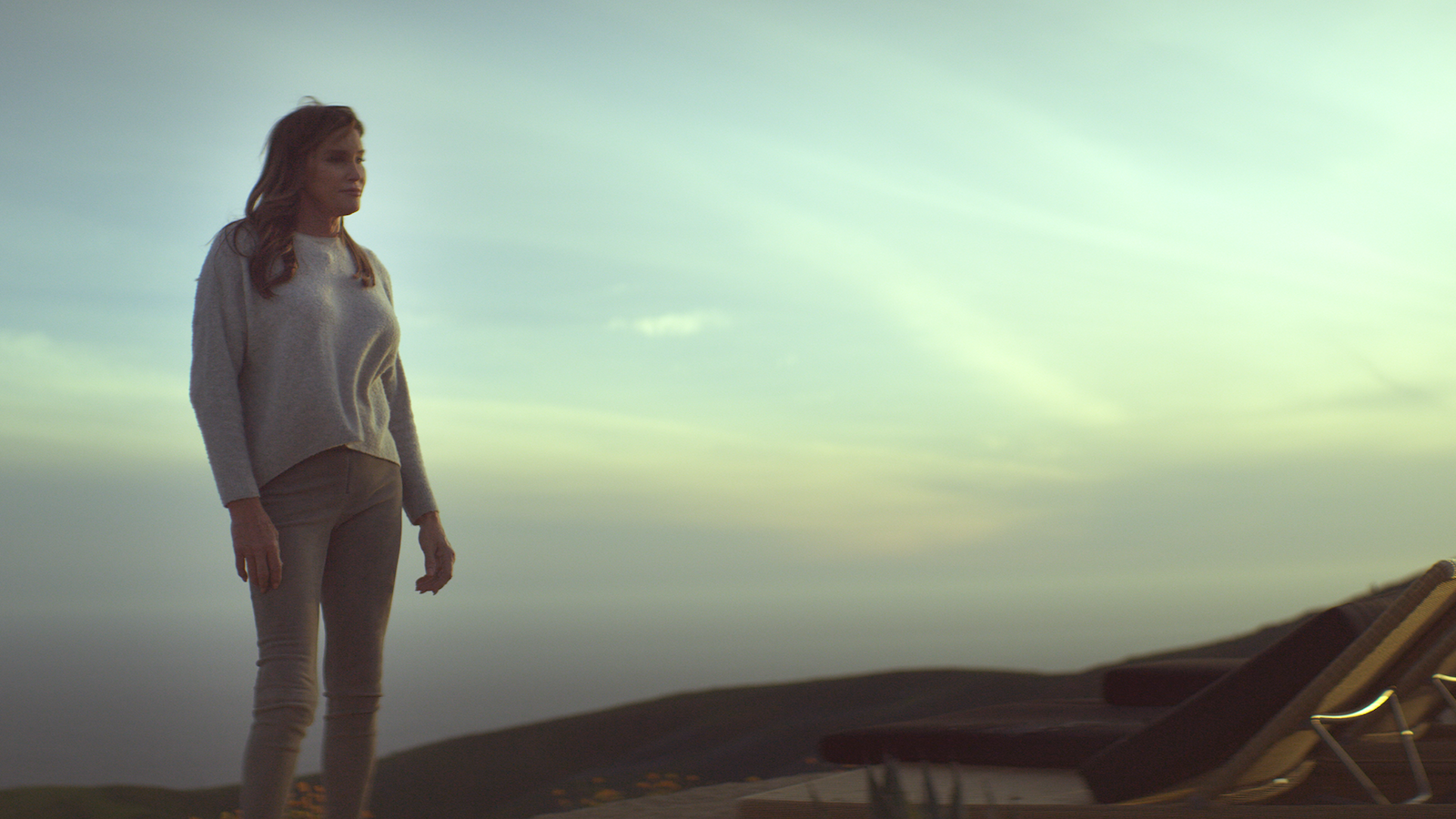 “We got to reach out to some of our favorite filmmakers and put together a collaborative team. Floyd Russ who directed ‘Malice at the Palace’ did an amazing visceral short doc called ‘Zion’ that was on Netflix that we loved. We’ve always been fans of Crystal Moselle, who did the Caitlyn Jenner doc and has just done such great work over the years from ‘The Wolfpack’ to ‘Betty’ and ‘Skate ‘Kitchen.’ And then Laura Brownson is someone we’ve met along the way, who did a doc called ‘The Rachel Divide,’ and is really skilled at intimate, vérité moments. We thought it would be cool to combine all of our strengths, trying to set a look and a tone and a feel and then trying to implement that across an anthology series that feels cohesive but also unique to each episode itself,” Chapman Way said.

Those styles play out in ways that are related to the subjects themselves. As a result, “Untold” doesn’t have as much of an explicit throughline between these five chapters, but there are some visual handshakes despite the different individuals in front of and behind the camera on each. (Still, there’s a tiny joy in finding some of the unintentional overlaps between these stories — in one odd coincidence, both of the “Untold” installments directed by the Ways feature interview subjects named Kevin O’Connor.) For a series centered around getting the perspectives of the main people involved in each story, the look and feel of the interviews became the most recognizable way to establish a basic connective pattern.

“We work with a really talented DP named Adam Stone, who’s probably best known for shooting all Jeff Nichols’ films — they have an incredible partnership over the years. One of the things Adam and I really talked about on ‘Wild Wild Country’ as well was trying to get as much character out of our settings and locations as possible. You’re going to be looking at these talking head interviews for 50 or 60 percent of the doc, so we want them to be dynamic,” Chapman Way said. “It helps set the stage for the shoot and and I think when we can show our interviewees what the frames look like. Hopefully, they can see the thought and care that’s being put into it. I think it makes everyone feel a little more comfortable that everyone’s trying to do good work and trying to elevate these things visually.”

“Untold” is part of an ever-growing collection of Netflix documentaries that not only take on events in the public consciousness that are at least partly misunderstood, but find a strong baseline in how TV helps shape those perceptions. A large signifier of fame in “Untold” is the almost obligatory part of the instant fame cycle when an upstart athlete makes a talk show appearance. Whether it was Jenner in the ’70s or the flash of American tennis hopes almost 30 years later, there’s something distinct about how a narrative begins to set in while a person is on a couch under the proverbial microscope.

While showing how that happens on a national level, “Untold” also relies on a trove of local news footage to demonstrate the shifts happening on an incremental level, too. 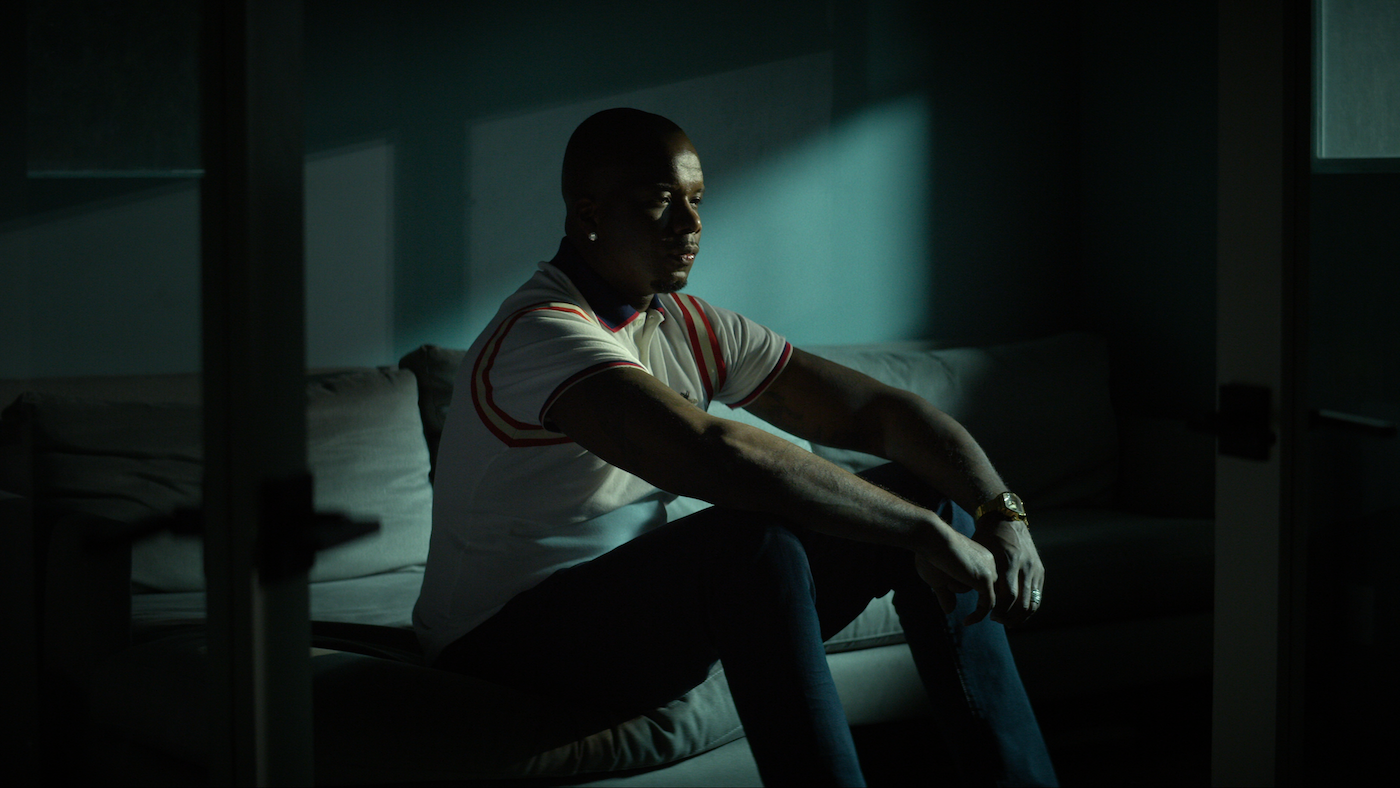 “Untold: Malice at the Palace”

“Technically, those camera crews are so solid. We saw that up close and personal on ‘Wild Wild Country,’ too. These guys filming on U-matic tapes, and just how technically good they were with sound and interviewing. They’d go make these unbelievable, three-minute news segments, but they’re great little sports docs too,” Maclain Way said. “The local news stations are pretty much the first archive repositories that we hit up when we do these stories, because they just do such a great job. It’s really fun for us to take what they’ve done, reinvent it a little bit, and bring it into our style. But we give them so much credit.”

The final episode of this initial five-part collection centers on Mardy Fish, one of the people who helped crystallize what the overall project could look like. The particular look in “Breaking Point” at how Fish’s mental health struggles manifested on and off the court arrives at a time when the well-being of athletes has been centered in the national spotlight.

“We are truly just looking for stories that we personally find compelling to us. It’s always incredible when they end up being timely, but there’s just no way to time that out,” Chapman Way said. “If you find compelling stories that are truly universal, they will connect with audiences somehow and something that is going on in the modern day. Learning about Mardy’s story in 2015 was a little bit before all the talk about mental health and tennis. But I think it’s a great thing how timely it’s become and how much more open athletes are. Having these conversations, hopefully it leads to a better situation for athletes who struggle with that.”

That ability to take an idea or a moment in time and connect it to a broader, more timeless idea is something that the Ways would love to continue to do. While any Season 2 of “Untold” is still in the hypothetical stages, they’re confident that they could use this existing loose template to peer into different corners of the sports world and beyond.

“We’re already starting to develop another volume that hopefully Netflix goes for,” Chapman Way said. “Our dream would be to do a volume every year. Maybe there’s four episodes of World Cup soccer stories that are amazing. Maybe there’s a season of incredible Olympic stories that are amazing. So we would love to have a home for the next years, making what we hope is thought-provoking for people that love sports. At the end of the day, we’d love to be a home for those people.”

“Untold” is now available to stream on Netflix.