Warning: Spoilers ahead! Do not proceed if you haven’t watched season 6B of Vikings.

Vikings‘ final season feels like “closure” for Alex Høgh Andersen. The Danish actor shook things up when he first joined the series as Ivar the Boneless in season 4. Now, two seasons (but over 50 episodes) later, Høgh Andersen couldn’t be prouder.

“There’s a whole new kind of appreciation that you get from having it a little away from you for a while and then coming back to it,” he tells ET, noting that it’s been about two years since they finished shooting Vikings.

“[It’s nice to] kind of relive everything that you’ve actually accomplished as an actor, and what you’ve accomplished with your family, which is the crew and the cast members, and all that stuff. That’s actually the feeling that I’m sitting with right now,” Høgh Andersen says. “I’m just really looking forward to watching the last episodes and saying, ‘Hey, that was it. And we effing did it.'”

While he hadn’t seen the episodes yet, how Ivar’s story ends is hard to forget. It turns out it wasn’t fated by the gods for Ivar and his brother, Hvitserk (Marco Ilsø), to kill each other. Instead, Ivar died on the battlefield in Wessex, taking his last breath in his brother’s arms.

It was an unexpected ending for Ivar, and one that had Høgh Andersen “bawling” on set. See what he said about that final scene and his favorite Vikings memories below.

ET: Just last month, you wrote on Instagram that you had no idea when these final episodes of Vikings were going to come out. Now here we are — what does it feel like to be at this point and for fans to finally be able to see this?

Alex Høgh Andersen: It feels like closure, which is good. It’s been two years since we finished that thing. … I got a good feeling in my tummy right now. It’s great to remember everything. And there’s a whole new kind of appreciation that you get from having it a little away from you for a while and then coming back to it. 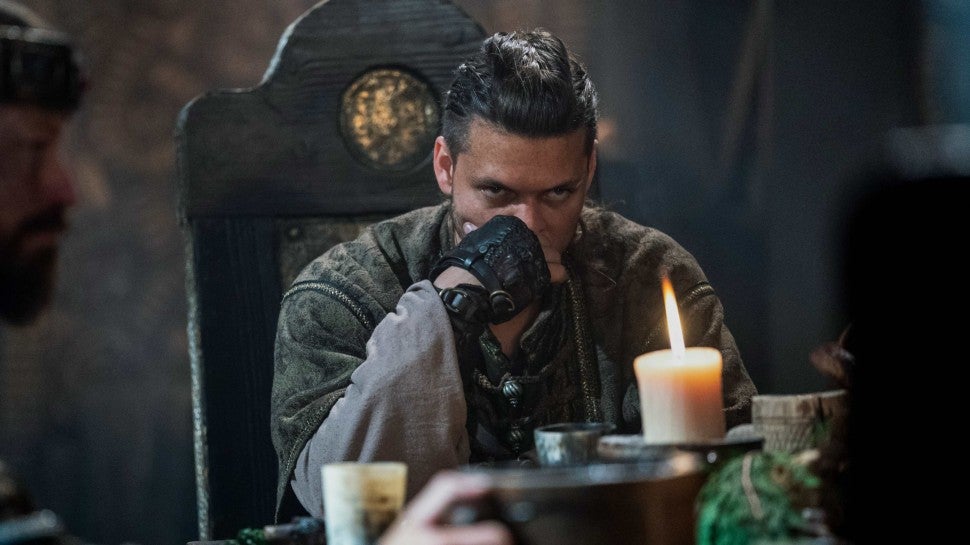 Michael Hirst knew this would be the final season before writing it. What was your reaction to Ivar’s death?

I lost it. I lost it. I even kind of designed and choreographed the whole thing as well with Michael.

Yeah, yeah. I don’t remember us talking about it, but we kind of knew. It was an unspoken thing, that we kind of both knew that he was going to die. He wrote it, and we talked about how it was going to going to go. And and it felt like the most natural thing in the world, actually.

This whole thing of him being afraid in the end, and him being stabbed by a young, random, innocent soldier, all those things I really loved. And those were things that I came up with along with Michael, because we really wanted — especially me, I really wanted him to go out in a completely different way than everybody else. Everyone on Vikings was getting this massive, heroic, almost religious death. I found it really interesting and very authentic and organic that the most religious guy of them all, the most extreme guy of them all, would go out in the most human and almost boring, in the most natural, just simple way. I liked that a lot.

And I love the fact that he was afraid in the end. That was really important to me, that the guy that had been the least human throughout this entire show, showed himself to be absolutely human in his dying breath. That was extremely important, because that showed that he was, by the end of the whole thing, actually human. And he wasn’t a god. He wasn’t fearless. He was just a little kid that’s more broken on the inside than on the outside. And also the fact that it’s OK to be afraid. Of course, the most human thing you can ever be is be afraid when you’re about to die. I really liked that. And I really liked that we had the chance to make him human by the end of it. And it was important to me. 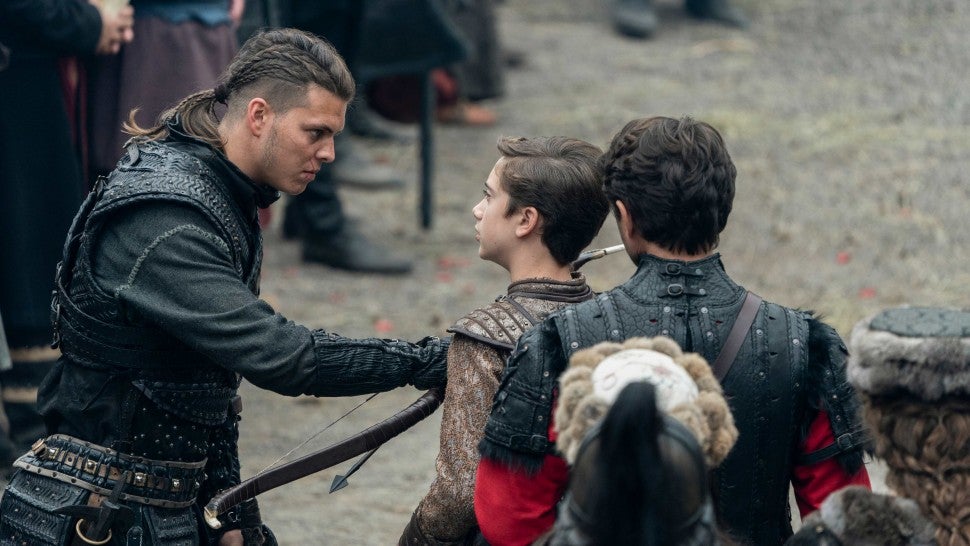 You’ve spoken about how much the cast and crew has become a family on this show. What was it like for you, that last day of filming? Was it emotional?

Oh, I was bawling my eyes out throughout the entire day… I thought, “This is going to be a massive day, because my last day as well was the death scene.” We did a lot of fighting and battles and stuff and all that, and then the very last scene of the day was the death scene.

So, it was complete closure and it was a phenomenal, great, beautiful day. But I was also anxious to my fingertips. And I’d come off of a couple of months where I wasn’t really feeling that well. It had been some tough months leading up to that. So, it was just a full-blown closure for me. So, at 5 a.m., when they gave me a cake, I was crying straight away. I was like, ‘You’re the kindest, nicest people in the world, and this is exactly what I needed. And now it’s going to be an OK day.’ And then you just get to work. And I appreciated every single minute of it.

I knew that I was going to be a long time before, if ever, I was going to experience such a well-orchestrated machine that I was working on with these beautiful, beautiful people that were so, so great at what they were doing — so great at the work they were creating and the art they were creating. And to be a part of that was just such a thrill. And I’m very humbled by that entire experience.

And your last scene was with Marco.

To go out as well and do that very last scene with Marco, who I’ve been sharing this whole experience with, and he’s my fellow Danish brother, it was special. I remember clearly when we shot that death scene… It’s like, “Oh, should I cry in this scene? Should I cry? Or should I be like… Oh, how am I going to do this? Blah, blah, blah.”

Then we do the first take and Marco comes in, rushes in, puts me on his lap, and I look at him and I can just feel his teardrops landing on my forehead and face. And I’m like, “You can’t cry because you you’re going to make me cry!” So I looked at him for one second and I felt those teardrops landed on my face, and I was like, “Oh, here we go.” And then we just started bawling while we were doing the line. And it just became very, very beautiful and very organic.

It was like, “What is happening? These two young guns just bawling their eyes out!” But I think we both were a little overwhelmed by the whole experience and everything that led up to it, and just being there in that moment with my brother. It was a very beautiful moment and I felt it. It was one of those moments that you live for as an actor. 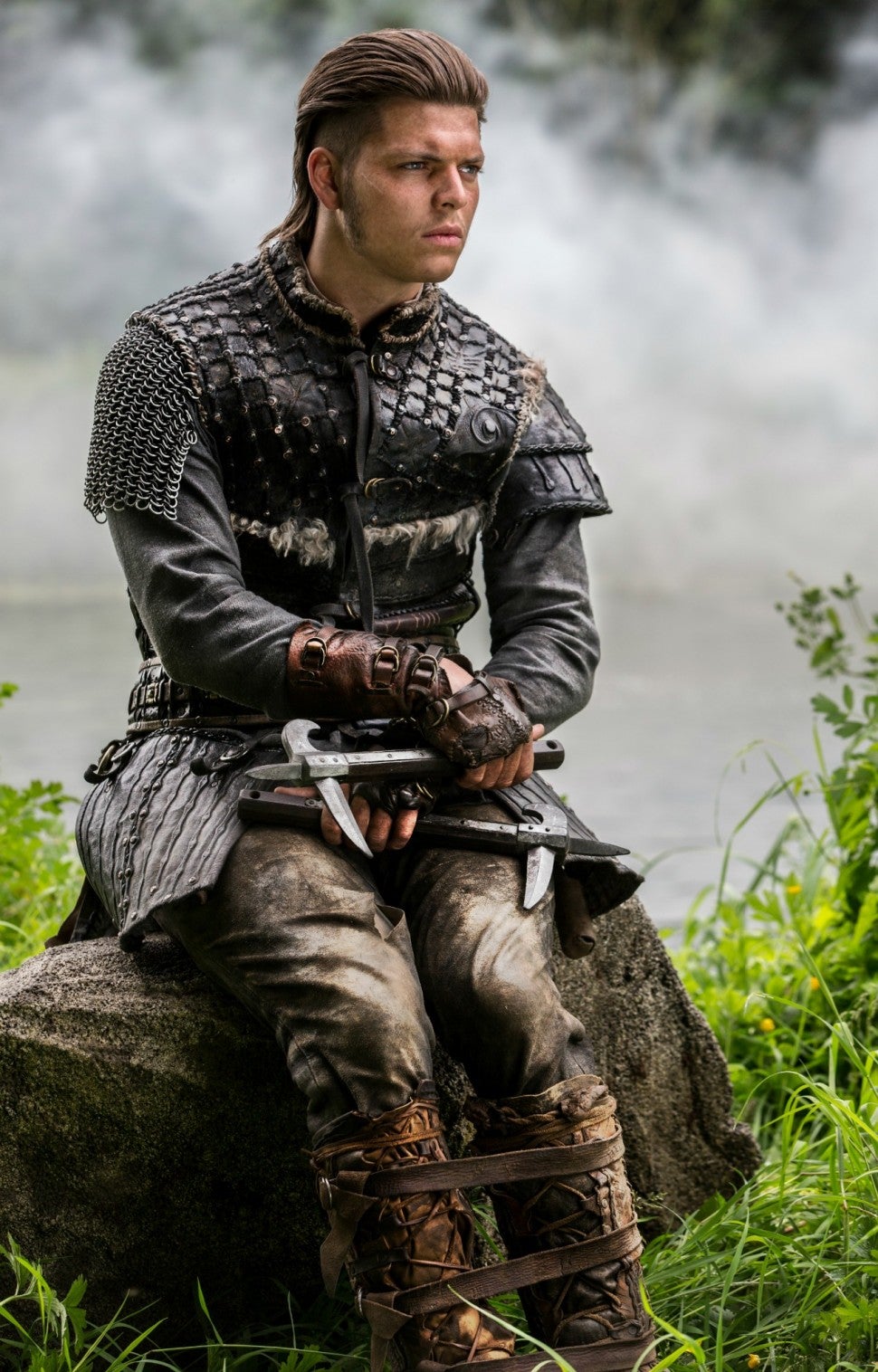 You know what? The beginning and the end is my favorite. I loved working with Travis [Fimmel, who played Ragnar], but also that father and son relationship that everyone can relate to of them going to the woods in England and going to King Ecbert’s villa.

Those months that I had with Travis, just the two of us in the woods, it was a great experience and I loved those scenes because they were light, which is something that rarely happens in this show. They were light, they were warm, they were heartfelt. It was tough love, but it was love nevertheless. And it was just something that everyone can relate to. Everyone wants to see a father and his son trying to reconnect. It’s beautiful. It’s familiar, it’s life and it’s family. It’s what this show is about, I guess.

And that is the same thing with the end, Ivar realizing that he is just a human being and that it’s OK to be afraid. It’s beautiful to share that moment with your brother that you had a really tough relationship with as well. That has been tough love as well. More hate than love probably, but nevertheless, there was some love. So, those moments are my favorites.

There are also a lot of favorite moments in the middle, the battle for York where I’m screaming with blood in my face and all that. That was all fun, but that’s just the childish boy in me that loves all the action and the screaming and yelling and all that stuff. I will always love that. But on an emotional level and character wise, there’s a beautiful contrast but also a connection and bridge between the beginning and the end. The little boy, and now the young man that’s learning about life.

The final season of Vikings is now streaming on Amazon Prime Video.