Killing Eve’s Villanelle isn’t known to stay in one place for too long. She’s everyone’s favorite assassin — if you have more than one — and she’s played by the talented Jodie Comer. Throughout the three seasons, Villanelle has gone from a charismatic killer with hardly any morals to one with just a smidge of remorse poking through.

But what would happen if Villanelle lived in the time of COVID-19? While sort of silly, some series are incorporating the pandemic into their plots moving forward, so it’s something that even fictional characters have had to think about. And Comer weighed in on how Villanelle would fair in lockdown.

Villanelle would listen to COVID-19 lockdown guidelines, according to Jodie Comer 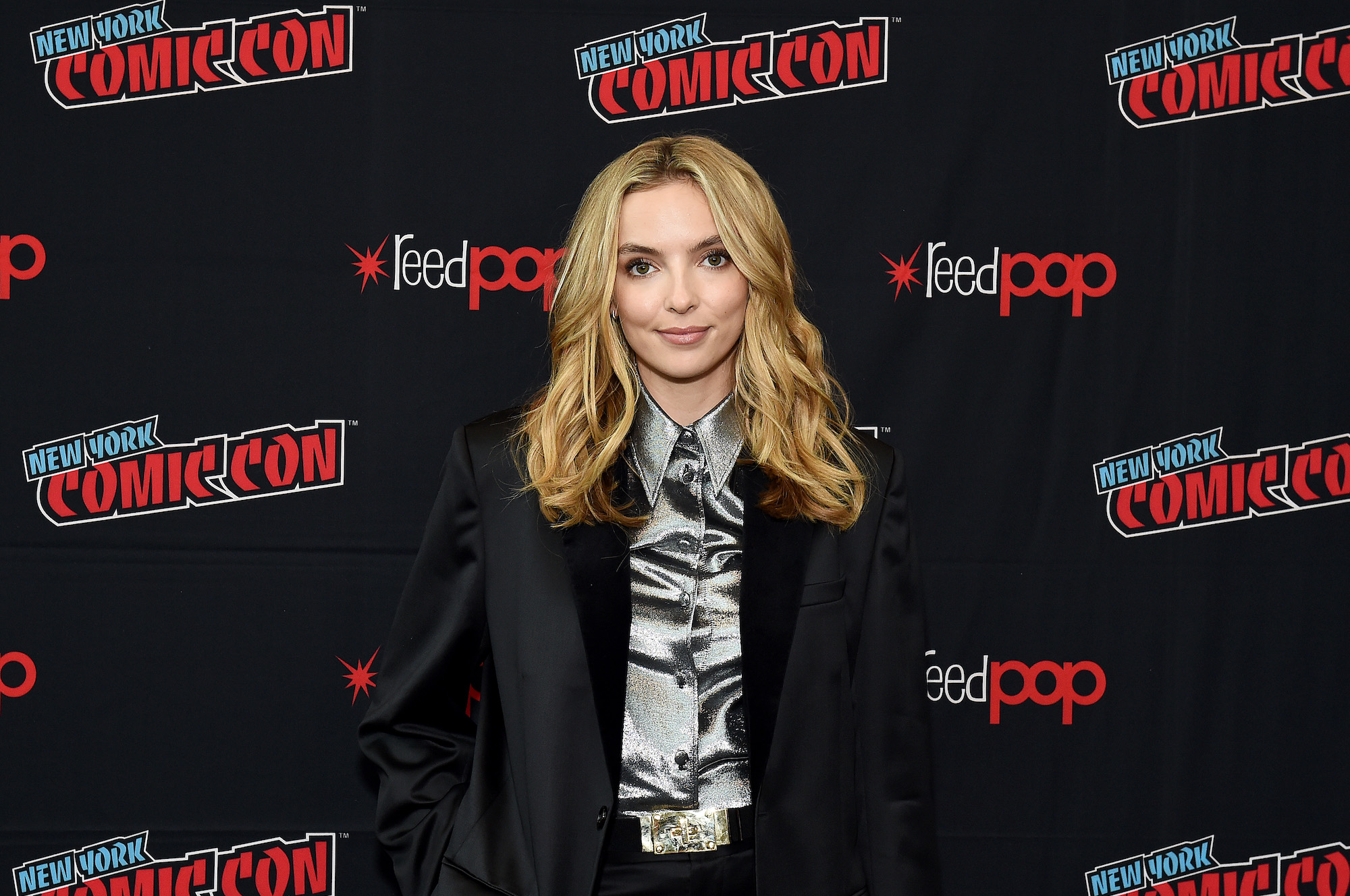 First off: don’t worry. It doesn’t seem like Killing Eve has any plans to incorporate the real-life COVID-19 pandemic into their Season 4 plot. However, because of the pandemic, shooting on the fourth season has been postponed until June 2021. This means a premiere date could come as early as late 2021 or even some time into 2022.

In a new Dec. 1 interview with InStyle, Comer mused about what her Russian assassin counterpart would do in quarantine. And it’s not that different than the normal person’s routine.

“Well, I imagine she would be in her apartment, in a complete mess,” Comer said. “Deliveries everywhere, trying to fill some sort of void.”

But then Comer remembers Villanelle’s luxurious side. Because even during a global crisis, Villanelle has her style.

“Or she would have gotten out to an exotic place,” Comer continued. “But probably, just like everybody else, she’d be in the house, on the sofa, in pajamas, crumbs all over her, with reality TV on.”

Is it weirdly comforting that even on an island, Villanelle is also stress-eating while watching The Bachelorette? A tad.

As for Comer herself, she’s spent most of quarantine in Liverpool. She told Press Association in May that she was actually able to unwind and unpack for the first time in a while, which she enjoyed.

“And, actually, to have a bit of stillness, and be stationary, I’m actually really kind of… I’m a bit embarrassed to say I’m kind of enjoying it,“ she said, according to Hello Magazine.

She shared that she also took up a bit of baking in the beginning too, noting that she tried sponge cake.

She also told GMA News Network in May that her main focus was on her and her family’s health. So even though there may be some stir-crazy moments, that was the big thing to highlight.

“I feel like when things are out of your hands you just have to try and surrender to it,” Comer said. “In all honesty my family are healthy and I feel as though I cannot complain. I’ve been told to stay in my house and spend time with my family who I see a lot less now so I’m finding a lot of sanity in just being here with them and not living out of a suitcase.”

This year has caused a lot of extra stress for many, and has pushed a lot of releases and production plans back. Comer had a new project coming out in December, called Free Guy starring Ryan Reynolds, in which he played Guy, a background character in a videogame. Comer played Milly a programmer of the game as well as Molotov Girl, an avi in the game.

Unfortunately, it fell victim to an indefinite delay as well, according to Variety. Places like ScreenRant speculate that they might go straight to Disney+, but only time will tell.

In the meantime, though, Comer had great things to say about her time working with Reynolds and shared that he gave her “invaluable” advice while shooting, which was her first film.

“He said, ‘Don’t be scared to look stupid,’?” Comer told InStyle. “Try that thing that you may think, ‘Oh, is this going to be too much?’ Because sometimes it will be, and it’s fine, and sometimes you’ll find a genius moment that will inspire others to do something differently.”