Maggie is back, and she brought some new enemies with her 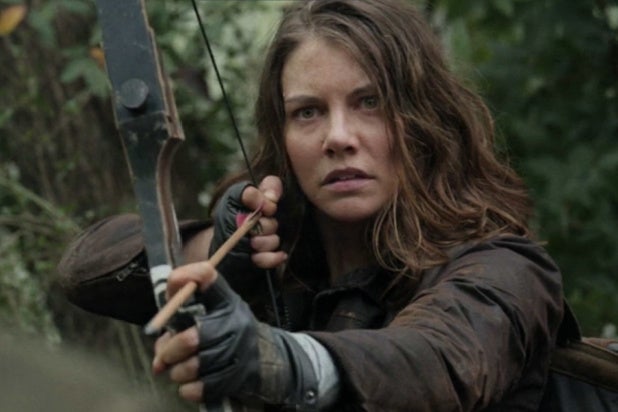 (Warning: This article contains spoilers for “Home Sweet Home,” the episode of “The Walking Dead” that was released on AMC+ on Feb. 21)

Well, here we are. The past year has been rough for “The Walking Dead,” with the COVID-19 pandemic delaying the originally planned season 10 finale by months. But now it’s back — and so is Maggie (Lauren Cohan). And she brought a new enemy with her.

“Home Sweet Home” is the first of six new episodes that AMC is adding to Season 10, making its premiere this week on AMC+, a week before it airs on cable. And while there’s not much in the way of revelations to be had here — we’d hoped we’d learn something big about Georgie, but that didn’t happen this week — but it did introduce an intriguing batch of new bad guys known as the Reapers.

The way Maggie tells it, she and Georgie had been roaming around helping various settlements similar to how Georgie helped Hilltop during the Savior War. But none of these settlements survived. Which is pretty curious if you ask me.

Maggie didn’t go into any detail about what happened at these places. She mentions one of them, in Knoxville, falling apart, but she stops short of any real info. From there, she and her son Hershel took refuge at her grandmother’s old house “by the ocean,” where they met “this whole community of people who needed us as much as we needed them.”

It would seem that this community she mentioned there is the folks she brought with her. As is usually the case on “The Walking Dead,” the real baddies, once again, were people. In this case they were dealing with an unknown group called the Reapers. And it looks like these guys have followed Maggie and friends up to northern Virginia.

We only meet one Reaper this week, a guy wearing camouflage military fatigues. He kills a big group of Maggie’s new friends, and nearly gets Maggie and Daryl (Norman Reedus) too. But they barely manage to outwit the guy. Maggie demands information. He offers just three words before he blows himself up: “Pope marked you.”

Maggie looked startled — she clearly knows who he’s talking about. So who really are the Reapers? And who is Pope?

Well, we’re in uncharted territory here. The Reapers are a completely new faction — new to the show, and not a group that we know from the comics. Likewise, Pope is not a character we’ve ever met within the “Walking Dead” universe. But that doesn’t necessarily mean that people we know, or have at least heard of, are secretly behind this.

There is one group that is very much still in play that uses military equipment like this Reaper did: the Civic Republic, villains of “Walking Dead: World Beyond.”

There’s plenty of reason to suspect the Civic Republic. While “The Walking Dead” has been pretty cryptic about this group, we’ve long suspected their involvement in the events of this show and even “Fear the Walking Dead.” We believe the Civic Republic is an adaptation of the comic book faction called the Commonwealth — an actual city in Ohio with 50,00 residents.

The helicopter people who took Rick and Jadis away could be these folks. Georgie could also be one of them, since her character design looked extremely similar to how the Commonwealth leader was drawn in the comics. That woman on the helicopter that Al (Maggie Grace) met on “Fear the Walking Dead” was definitely one of them.

Now, the Reaper we saw on “The Waking Dead” this week was definitely not wearing the uniforms we’ve seen Civic Republic folks wear before, but that doesn’t necessarily eliminate them from consideration here. For one thing, it wouldn’t be great for the Civic Republic’s reputation if people knew they were taking out settlements, so the Reapers could be a sort of deniable black ops group.

It’s important to consider the possibility, however, that these Reapers could just be an original faction that has nothing to do with the Civic Republic. They could just be another group of people out there slaughtering folks — perhaps even a splinter from one of the groups Maggie and Georgie tried to help — because that’s just how things are in the “Walking Dead” universe sometimes.

But I’ve got two big reasons to suspect the Civic Republic here.

First: The Commonwealth storyline was the final arc of the “Walking Dead” comics, and the TV show is coming to an end with season 11. And there are still so many remaining plot threads to wrap up that all seem to point back to the Civic Republic. Rick and the helicopter. Michonne running off after him. Ezekiel and Eugene and their little posse going to meet the mysterious Stephanie.

Remember, too: these six episodes that are being added to season 10 were announced not long before we learned  “The Walking Dead” would end with season 11. Meaning it’s very likely these episodes were produced to help build toward the end of the series. So it would definitely be disorienting if these episodes focused on a new story that actually wasn’t setting up the final season.

Second: Maggie talks about the group she and Georgie met near Knoxville that they decided to help out. She says Georgie decided to head west to look into another settlement she heard about, and Maggie stayed behind with Hershel. But not long after Georgie left, the Knoxville settlement fell apart so dramatically that Maggie and Hershel ended up completely on their own.

Likewise, Maggie says “it’d always go sideways” with the groups she and Georgie met. Again, though, she doesn’t give any details. Could the Civic Republic be testing out these groups to see if they “have what it takes” to join up or something? There’s no real evidence for this idea — on its own, it’s a little bit out there.

But they’re still just based on assumptions. This episode of “The Walking Dead” was clearly constructed to be as cryptic as possible about what’s going on. We don’t have much info because that’s how showrunner Angela Kang and her writing staff like it right now. And so right now, speculation is pretty much all we have.