WHEN one goes, another arrives as Love Island welcomes another romantic contender in Andrea-Jane Bunker.

New girl AJ enters the Majorcan villa in the show's third week – and already has her eyes on some of the boys. 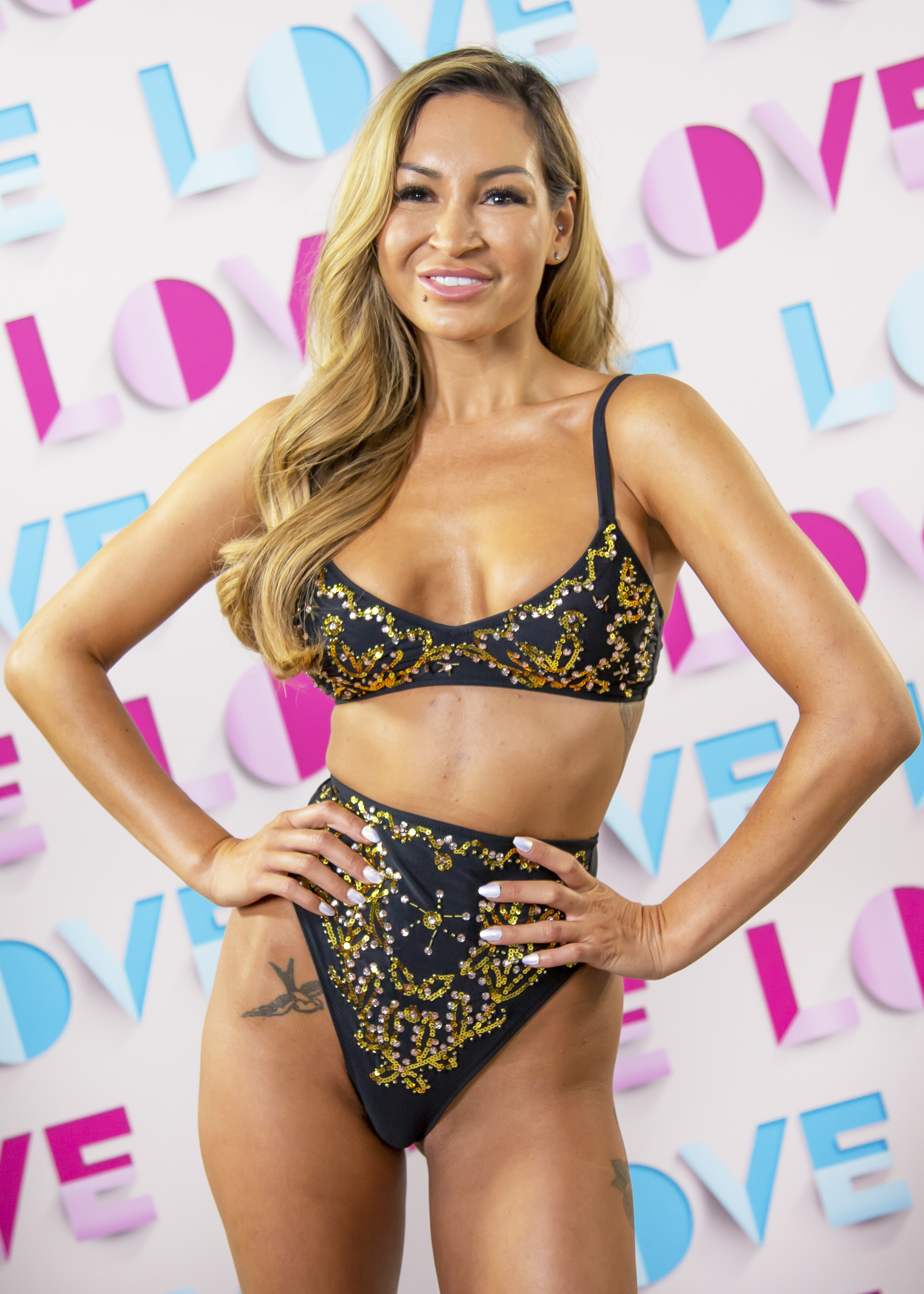 AJ is a 28-year-old hair extension technician from Dunstable.

Before going into the villa, she described herself as "a big adventure and travel lover" with her Instagram filled with snaps of the beauty in exotic locations like Morocco, Philippines and Panama.

And the Islanders are set to welcome someone who is "confident" but also "indecisive and impatient".

Speaking of her friends and family, Andrea-Jane added: "They would describe me as the life of the party.

"I can be a little bit savage because I say it as it is. My girls call me savage all the time.

"But I've got the biggest heart and I'll do anything for my friends and family."

However, she will be looking to turn her fortunes in the love department around.

She revealed: "I've had the worst luck with men. I feel like this [Love Island] is the one thing I haven't tried.

Who is Andrea-Jane's ideal guy?

AJ will be joining the villa with all of the guys taken up – but she is keen to speak to Aaron Francis and Hugo Hammond with both being in 'friendship' couplings.

But the 28-year-old also has eyes for Teddy Soares, despite being in a couple with Faye Winter.

Andrea-Jane said: "There is something about Teddy. He's a bit of me. In terms of being adventurous and spontaneous, I think we'd get on really well.

"I'll definitely approach her [Faye] and have a conversation beforehand.

"But I wouldn't hold back. I feel like we all have a right to get to know the guys in there."

The Dunstable stunner has already set ground rules, with Toby a big no-no due to his struggles with committing to girls.

Meanwhile, she will be teaching the fellas some lessons to avoid being "messed about".

Yes, she is. She can be found @andreajanebunker.

The Hertfordshire lass had 1.7k followers prior to going into the villa – but that will sure to rise rapidly.

Andrea-Jane loves to post of her trips abroad, having visited Spain, Tanzania and Mexico among other destinations around the world.