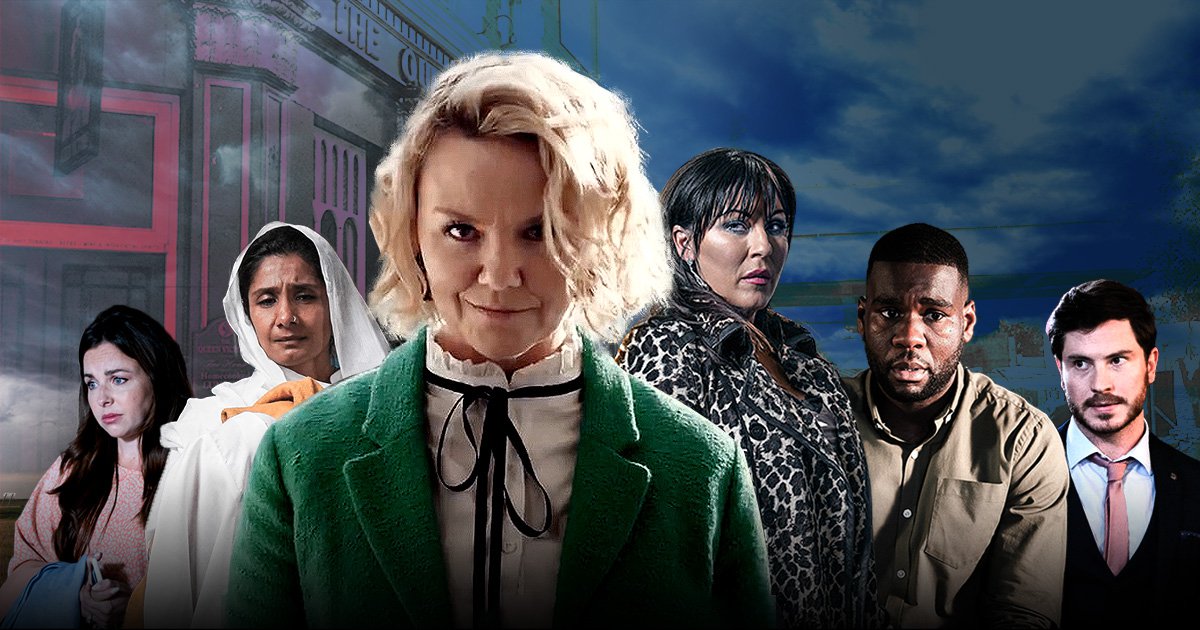 We all have our opinions on soaps – it’s my job to consider whether a show is strong or not in my own opinion, but sometimes a programme can’t seem to win no matter what they do.

I stumbled across an interesting post on Digital Spy forums in which a user dared to put their head above the parapet and admit with apparent shame and hesitation that they like EastEnders right now.

Placing the thread among a wave of ‘sack the producers’ and ‘EastEnders has been destroyed’ was opening themselves up to scoffs that they are wrong and dismissals like ‘you’re clearly not watching the same show’.

I understand how they feel. I have often praised EastEnders and have found myself receiving tweets and being subject to online forum threads (omg I am SUCH a celeb), accusing me of being a sycophant, in the pockets of the press team and ‘just writing it so I am not cut off from getting interviews’.

First of all, before I enter the topic in any kind of depth, I am going to drop a few fact bombs.

1. We are never told by the press teams what our opinion will be. They expect both negative and positive takes. That is the nature of the job and the definition of a critic – we look at things from a critical perspective as trained journalists in an industry we are passionate about.

2. Cast will not disrespect or stop talking to us because we criticise the show; in fact in many cases they welcome and embrace the debate and respect it.

3. Shows do not cut off press for posting a negative opinion. There would be no outlets left in the so called ‘inner circle’ (which doesn’t actually exist). If we were threatened with losing access if we post anything negative, then all they would get is either radio silence or positive opinions that mean absolutely nothing.

I already expect cries of I am only defending the show because I like Kate Oates and Jon Sen or I get on well with the press team or that I am rooting for cast interviews and exclusives.

But one thing that is important to remember – only a very small percentage of people actually know who the producer of a soap is.

The vast majority of viewers are not logging on to brand producers by their surname as people wrecking the show.

However, those on Twitter and other social media are certainly the loudest. While people will watch the show and either enjoy an episode or not, there is a deeper discourse online and that is to be welcomed.

EastEnders, by and large, is the most susceptible to getting personal about particular producers’ work.

Every show goes through peaks and troughs and everyone has different opinions which is fantastic.

So what is it about EastEnders that sees it go through the tiring responses of producers being a savior and then being called to lose their job six months later?

I would argue, to EastEnders’ benefit, that it shows more people care. The fact that the discussion is wider over this proves that people are still passionate about the show.

And those who are unfair about it are generally in the minority. Many, many fans I chat with can enter into debates where they disagree with one another without dismissing the other as wrong or deluded.

However, forums tend to be overrun with separate threads and a higher quantity of producer and actor axings wishlist.

Whether you like the producer or not is irrelevant; the fact that the pattern seems to be a given that as a producer of the show you will pretty much always become a pariah seems bizarre.

Previous years and producers which are now lauded for amazing material went through the same thing. Deiderick Santer came in for a lot of online criticism and yet he is now largely the person critics who want Jon and Kate ‘sacked’ to be a replacement.

Dominic Treadwell-Collins started off as being a legend who understood the show and by the end of his tenure, he was accused of being ‘too much of a fan’ and wanting to create his own version of EastEnders. This was actually his job and being a fan of the show should surely come as a plus.

Sean O’Connor came in for particular vitriol and yet, cast your minds back to the start when he was praised for returning to a community feel with more realistic interactions. By the end, yet again, he was on the axe list and accused of destroying EastEnders.

The announcement of EastEnders long termer John Yorke returning to the helm was greeted with a huge amount of joy; his whole soul has always been in the soap. And the first few months which saw him close the Weyland takeover storyline saw him called the saviour for the show.

Of course it wasn’t to last. And by the time, Kate Oates, credited with the major success of Coronation Street and Emmerdale’s recent eras, headed to Walford, the excitement was palpable. ITV soap fans were jealous and EastEnders fans were rubbing their hands together, already noting the change of pace, the great new action paced storylines and the dropping of block storylining.

Many of course forgot that much of the takeover was also worked on by John Yorke, who by then was dubbed by the small group as a ‘flop’.

Jon Sen soon was brought on board and huge episodes like Sean Slater’s mental health storyline, the Pride episode and the opening of an LGBTQ+ bar, the redemption arc of Stuart Highway and Linda’s realistic battle with alcoholism were just some which received positive acclaim.

Of course, as sure as the sun rises each day, the producers have found themselves the subject of axing threads and for whatever reason, the quantity of these types of threads outnumber the other soaps and also tend to hammer home the same point.

This isn’t a post about dictating opinions or erasing criticism. But if you are a fan who actually enjoys it, don’t allow yourselves to be silenced by mockery.

The thing with social media and online discussion (and soap reporting as the response to this will remind me of) is that airing a seemingly unpopular opinion can lead to attempts to drown you out.

Let’s try and retain a discourse that is adult and not calling for jobs to be lost. You don’t like EastEnders? Fine. List your reasons, explain them and you are likely totally justitfied.

But to me, calling for someone to be axed and echoing the same ‘EastEnders is the worst it’s ever been’ rhetoric since the birth of forums and Twitter is not nuanced conversation.

EastEnders is a staple of our TV screens and when casts, writers, producers and crew are faced with unprecedented difficulties that Covid brings, it is a time for the creative industries to come together and support the arts and not rip each other down.

There’s a lot more that goes on behind the scenes of a soap rather than one person who takes all of the flack. Having just passed World Mental Health Awareness Day when the same people tweeted to be kind, perhaps it’s time to replace one sentence of ‘he should be axed’ with genuine discussion about your opinion without resorting to getting personal.

At the end of the day, there will come a time in ten years when the current producer will be the ‘worst ever’ and people will fondly recall Kate and Jon’s work.

Like Christmas involving a brutal death in Walford, it is simply the cycle of EastEnders.

But for the most part, if we like it, we watch it. If we don’t, we switch off.

And despite the noise and ‘everyone is saying the same’, the comments online are barely a single per cent of the millions who watch.