Paramount Network’s hit western drama Yellowstone will finally be returning to screens with its fifth season in November. Ahead of its premiere, singer and actress Lainey Wilson shared the sweet tribute she received from Beth Dutton star Kelly Reilly.

Country award-winning singer Lainey Wilson is expected to guest-star on the season five finale of Yellowstone where she will portray Abby, a musician.

Ahead of her debut, she opened up about filming alongside Kelly Reilly who stars as the fierce Beth Dutton.

Despite the no-nonsense demeanour of her character, Lainey revealed Kelly had nothing but kind words for her.

The singer shared: “On the first episode when we were filming, Kelly Riley told me, ‘Had you not told me that this was your first time, I’d been thinking you were doing it forever.’ 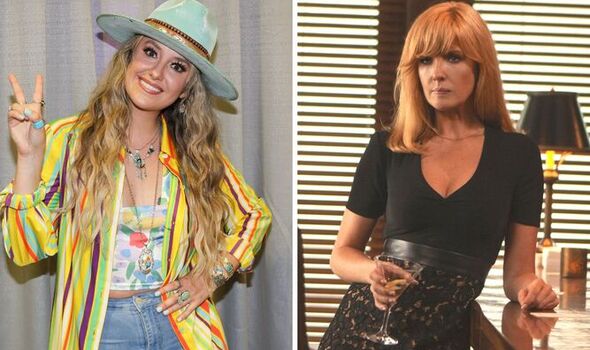 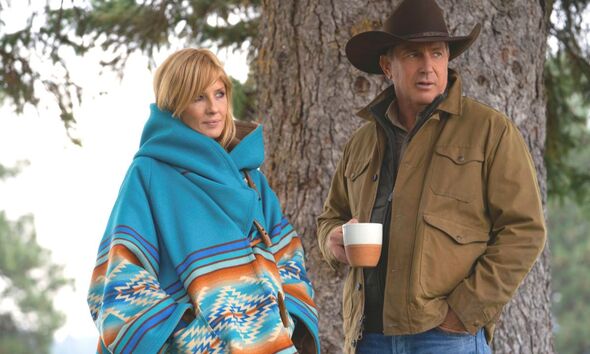 “I took that as a compliment. I mean, she’s one of the best actresses in the entire world,” Lainey told Whiskeyriff.

It’s anticipated that the singer will be natural when it comes to her portrayal of Abby, as she is also a musician.

In fact, her songs have already been featured on the Yellowstone soundtrack and Lainey has previously performed on the real-life Dutton Ranch, which is based in Darby, Montana.

However, this will be the first acting gig for the singer who has already secured a number one spot on the Country Billboard charts. 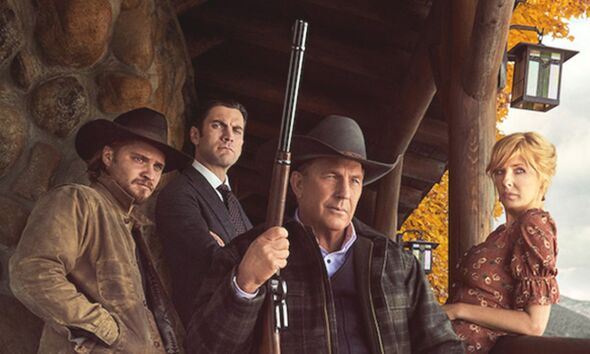 In June, Lainey shared the news with her 172,000 followers, with a photo of herself at the Yellowstone Ranch.

In the caption, she wrote: “See ya’ll on season 5 of [Yellowstone],” and was swarmed with praise from excited fans who weren’t expecting the crossover.

Lainey won’t be the only new face to star in season five as she will be joined by fellow newcomers Kai Caster, Dawn Oliveri and Lili Kay.

Kai will star as Rowdy, who was simply described as a “young cowboy.”

Dawn will take on the role of a corporate “shark,” Sarah Atwood, however, she could be familiar to viewers as Dawn has previously starred in the Yellowstone franchise.

In the prequel spin-off 1883, she portrayed Claire Dutton, the brother of James Dutton (Tim McGraw) who was the great, great grandfather of Beth Dutton.

As for Lilli, she will play Clara Brewer, who TV Line describes as an assistant to a Dutton.

It’s likely she could work for Jamie Dutton (Wes Bentley) as he works away from the ranch as an attorney general commissioner.

However, Clara could also be employed by Beth whose assistant was killed in a bomb explosion during the season three finale.

Thankfully for fans, they won’t have to wait too long to find out more as Yellowstone returns in three months.

Yellowstone season 5 will premiere on Paramount Network on Sunday, November 13.